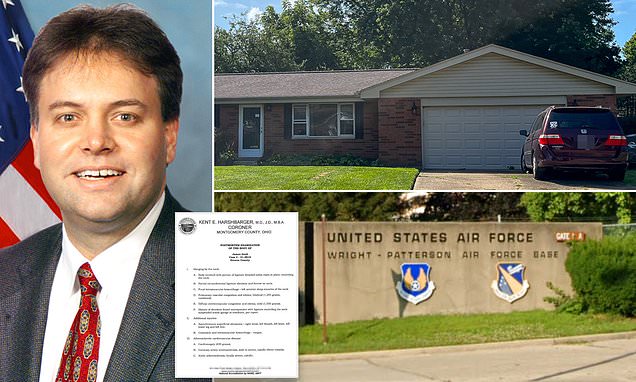 DailyMail.com can reveal that Dr. James Gord, 57, hanged himself in his home in Beavercreek, Ohio, on September 10, 2021. 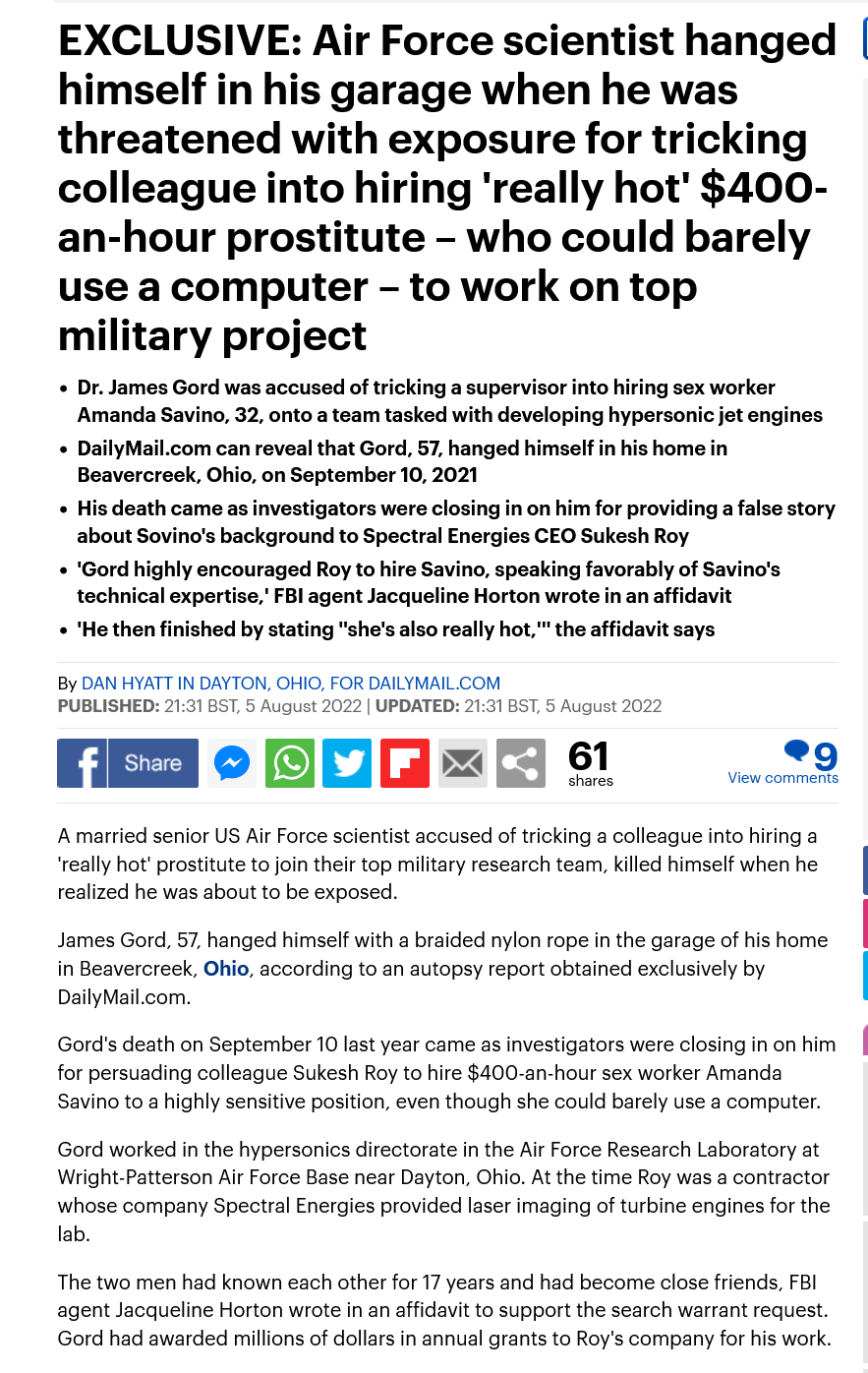 Old World Underground
👑
🐸 Citizen of the Internet 🐸
🎩
⏰☕🚬🚽🚿🪒🏋🏻🥓💻⛪️
Yeah, I wouldn’t think the Indian has clean hands in this, either. I wonder if this case really came out of FBI Counterintelligence. But you see how easily adversaries can implant an agent when nitwits are getting up to it on their own.

Old World Underground
🐸 Citizen of the Internet 🐸
⏰☕🚬🚽🚿🪒
Why would you hire a 32 year old hooker?

Old World Underground
🐸 Citizen of the Internet 🐸
⏰☕🚬🚽🚿🪒
I'm really not understanding the purpose of hiring this person to that position. This doesn't make sense to me.

Simping in the hope of free sexual favors.

wpnor said:
Why would you hire a 32 year old hooker?
Click to expand...

Because there’s been a prostitution bubble in the US for about 35 years.

The proliferation of vice squads throughout the 80’s and 90’s ensured a lot of federal funding to local law enforcement while creating a chilling effect on the hooker economy, both from girls and johns, which entered the cultural milieu. We’ve never recovered from it. Prostitution being a very serious crime is something we all take for granted but it’s a relatively new part of the… zeitgeist? Western cultural belief system? Our values of who we are.

The mid 2000’s and 2010’s saw somewhat of a market correction with Craigslist and Backpage, but those were taken down via a literal act of congress. They were never a real solution anyway, as that chilling effect still existed. At the same time, the girls who would normally aktchually have sex for money started OnlyFans pages which are safer, legal, and more profitable.

All of this resulted in fewer hookers/lower supply, which is half of the equation. I think we’re all very aware of the sexlessness epidemic, which is happening in a hyper sexualized society. No one’s getting sex while everyone is bombarded with suggestive imagery. There’s also a pornography crisis (which is never called a “crisis” but absolutely is). So while the supply has plummeted, the demanded has absolutely skyrocketed.

That’s why people are paying $400 for expired roast beef.

rouse said:
Yeah, I wouldn’t think the Indian has clean hands in this, either.
Click to expand...