Who is this guy potsticker swastika on the forum?

Old World Underground
🐸 Citizen of the Internet 🐸
⏰☕🚬🚽🚿🪒🏋🏻🥓
There is no joking about you being a loser. This is today on another thread that you shit all over.


Sidorowiczstanley said:
Trump is the most pro fag president. Google it
Click to expand...

Sidorowiczstanley said:
You know God hates your country when he gives u biden and trump. Yay America. Sodom
Click to expand...

Who is this guy potsticker swastika in the forum?
Click to expand...

Sidorowiczstanley said:
Potsticker is the gamer police.
Click to expand...

Sidorowiczstanley said:
This guy always likes to roam chat rooms looking for men he disagrees with?
Click to expand...

...the name’s SWAT-stika btw, it’s my family name inherited from a long lineage of tactical gamer law enforcement stretching all the way back to the old country. We’ve been policing cold takes and bad posts since the advent of aspergers. 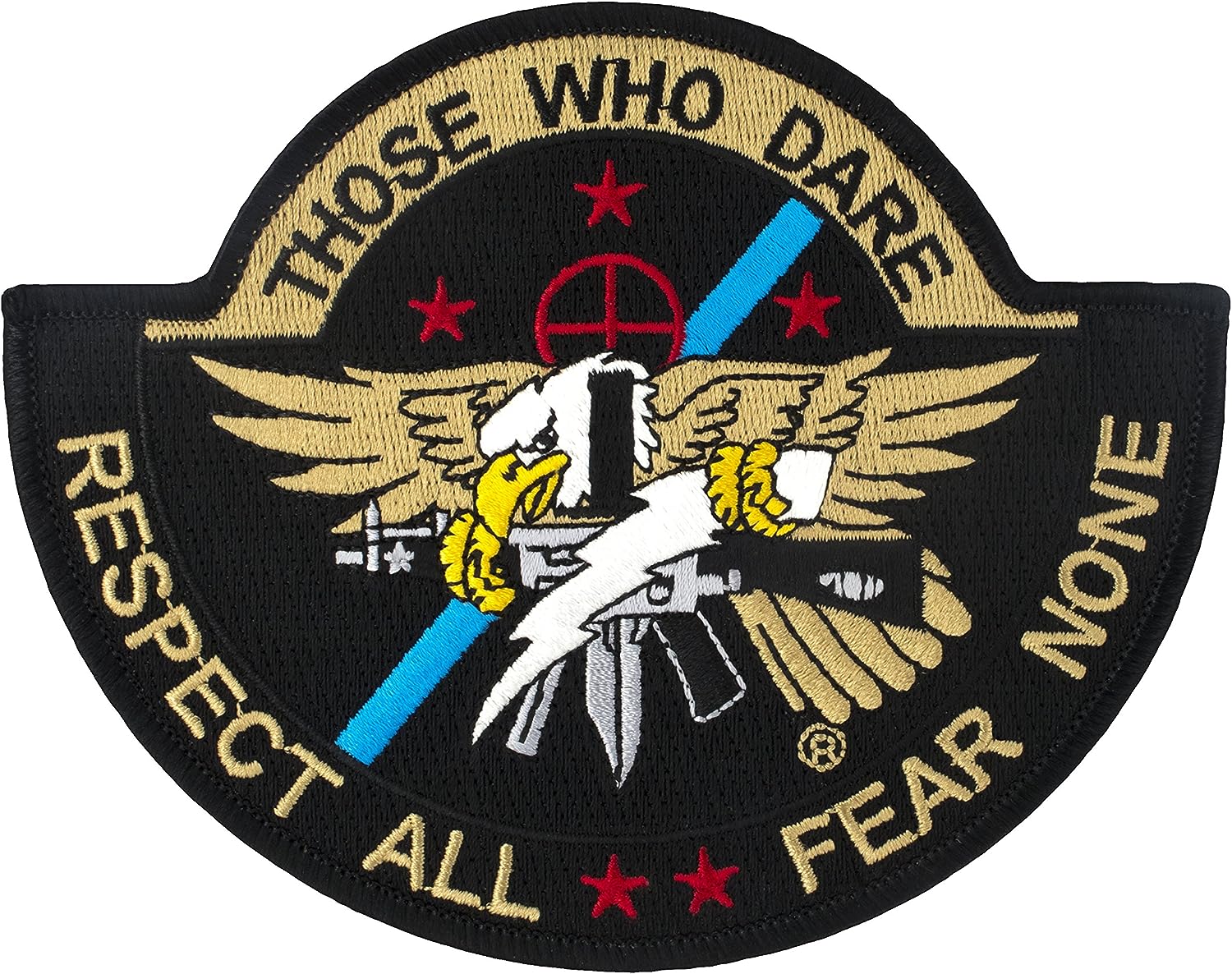 Ze_Major said:
Potsticker is based, nice flamebait thread. Looks like another insecure faggot from TRS who thinks its a good idea to hate Trump for the token pro Israel stuff. Funny how these retards just love to autistically obsess over whatever is going on in some worthless middle eastern backwater while they ignore how he destroying the Jewish agenda here in the US where they themselves actually live. Wah wah wah he sent 30 million dollars of fake jewish money which doesnt exist in the first place to Israel and doesn't effect you in any way. Who cares about whats actually happening in America, that's not important! I want more blacks rioting, white history destroyed, hate speech laws, gun confiscations, its all not worth caring about because what's really important is whatever the name of the capital of Israel is or where the embassy is located! Imagine being such a retarded piece of shit and then imagine there is an entire website staffed by losers of this sort.
Click to expand...

So based man. Go vote like 50 times. Vote or die pdiddy

⏰☕
Law enforcement family. Daddy must b proud of your pro trump and anti biden views

Sidorowiczstanley said:
Law enforcement family. Daddy must b proud of your pro trump and anti biden views
Click to expand...

Is your father proud of your lack of eloquence? Your post (repeated 122 times now) ain’t nothing to write home about...

also, have you been officially diagnosed with asperger syndrome yet? May I...?

A developmental disorder affecting ability to effectively socialize and communicate.
Click to expand... 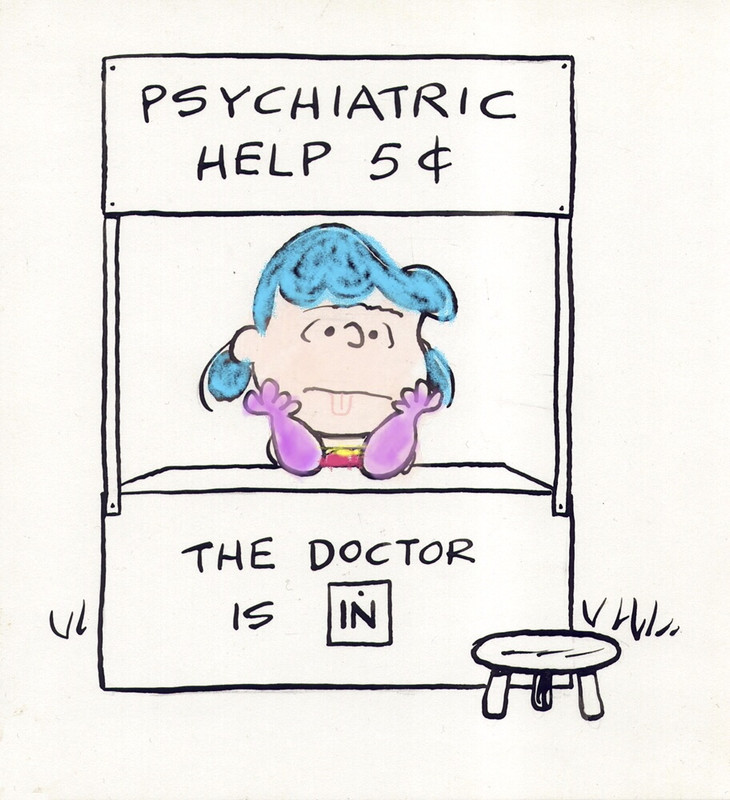 🐸 Citizen of the Internet 🐸
⏰☕🚬🚽🚿🪒🏋🏻
Yo OP! Did you know that just randomly pointing at people in a movement and calling them out as a subversive element is a CIA, Mossad etc infiltrator 101 tactic to intentionally sow discord in a movement to prevent productive things from getting done and potentially break the movement apart? We smart niggas so were not going to fall for that shit, sunshine! By engaging in this action, you are actually putting the spotlight on yourself as a subversive element that is prime pickens' for a good ban hammerin' for the crime of intentionally spreading drama to inflict harm.

I've never seen Potsticker write anything that would raise an eyebrow of suspicion and yes he is fookin' BASED! so I will defend his(/her?) honor from baseless attacks.

Since we have ourselves a thread about Potsticker though, I will take this opportunity to criticize his precious waifu in a lighthearted manner!

Isn't that ME!ME!ME! Chan thing from that music video a personification of anime addiction and it's harmful effects on the human psyche? In terms of us outstanding gentlemen that place great emphasis on self improvement and having the best potential of ourselves for ourselves, our country and our movement, why would Potsticker have and value a waifu that is the equivilant of anime heroin?

Because of this, I will now take the following opportunity to call @PotstickerSwatstika 's waifu, a shit!

(But hey I can relate man, since mah waifu(s) are a shit too and I'm not going to fault a man for his taste in 2D honeygirls when we are all guilty of being attracted to woman at some point that were bad for us )

Came here for the political hot takes, stayed for the sorority pillow fights.

Freedom Monk said:
Isn't that ME!ME!ME! Chan thing from that music video a personification of anime addiction and it's harmful effects on the human psyche?
Click to expand...

That’s one interpretation, maybe the most visible one, that MeMe Chan is simply “the result of madness and chaos caused by fanatical obsession of Syu by animes, internet and drugs.”

But that’s really just a surface level explanation, describing her in terms of ‘plot points’ in a finite story...I consider her an even more fiendish entity.

She’s the embodiment of the seductive powers of distraction itself and, by extension, is the main minion or archangel of destruction itself.

She’s the masturbatory urge to stray from creation, but she in and of herself is not the sin...the sin is to follow her.

She is a warning, a harpy whose head I display as a totem of a slain enemy, like a champion dons the pelt of a great beast, as a Herculean headdress of sorts.

She’s the procrastination we all indulge, the allure of quick sarcasm instead of wit, the deception of regret we feel when we measure our own worth against the ephemeral, the illusion of spiritual lack.

When all is said and done, she is an incel’s mortal enemy and we all must battle her valiantly every damn day. 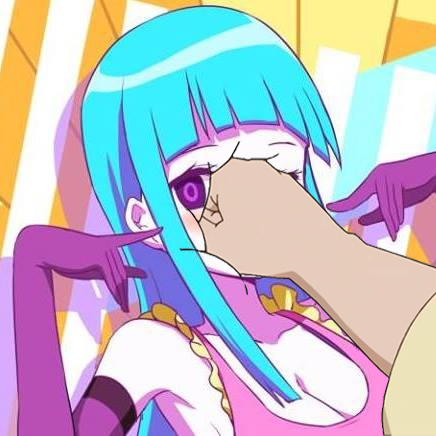 but you gotta admit...she’s kinda cute tho.


...and maybe this post will help answer OP’s retarded question? 😎

Anti-semitism is not tolerated on the GU forum

PotstickerSwatstika said:
She’s the embodiment of the seductive powers of distraction itself and, by extension, is the main minion or archangel of destruction itself.

She’s the masturbatory urge to stray from creation, but she in and of herself is not the sin...the sin is to follow her.
Click to expand...

I see... It kind of sounds like she is a demon of both lust and sloth that you want to hate fuck, dominate and keep in a cage. I feel you bro.

You've put a lot of thought into your, uh... 'lore'... for your forum avatar. I've put no such thought into mine funnily enough. Mine is just a cute robot maid from an old anime that thinks ecchi is bad lol.

You've articulated your thoughts on your shit waifu very well, and yes, sounds like we both agree that she's a shit lol.

(I've never actually seen the full explicit video of this song before until you posted it just now. I'm left slightly confused and a bit uncomfortable)

Sidorowiczstanley said:
Anglin needs to write a piece on how this country is worse then Sodom.
Click to expand...

Yeah sure it is you ass. Even though this is true, it's our home as most of us have no means to leave or anywhere to go to. So fight or die faggot.

Sidorowiczstanley said:
This guy always likes to roam chat rooms looking for men he disagrees with? Is he Trump's lover
Click to expand...

Sidorowiczstanley said:
I need to find a good kjv soulwinning bible church. But ill stop with the dumb talk
Click to expand...

Are you on speedball number 20 and finally breaking into cocaine psychosis?

I wonder if the original was a photoshop. That is like the purest negroid specimen ever studied in captivity.

If only you knew how tiresome things really are

PotstickerSwatstika said:
also, have you been officially diagnosed with asperger syndrome yet? May I...?
Click to expand...

Your diagnosis is inaccurate; spergs are supposed to be good at spelling.

No one here will argue with science, good sir.

Sidorowiczstanley said:
This guy always likes to roam chat rooms looking for men he disagrees with? Is he Trump's lover
Click to expand...

No, he's just a guy who decided to join in on the fun!

And this thread has multiplied the fun BIGLY.

PotstickerSwatstika said:
And this thread has multiplied the fun BIGLY.
Click to expand...

Hope I didn't miss it.

Old World Underground
🐸 Citizen of the Internet 🐸
⏰☕🚬🚽🚿🪒
I love @PotstickerSwatstika