Shoplifters walk out of a TJ Maxx in La Canada Flintridge, L.A.County.

Due to leftist legislation – if the total of stolen goods is less than $900, it's a non-prosecutable offense.

And when retail stores pack up & leave … who will feel it? Rich politicians or everyday people? pic.twitter.com/VAqdbh3PX0

Asking questions about this means you’re a racist.

Shoplifters hit TJ Maxx in Granada Hills on Monday in a brazen robbery captured on video.

According to the Los Angeles Police Department, two unidentified suspects entered the store between 12:30 and 1:30 p.m. and grabbed dozens of items each. The pair was captured on bystander video leaving the store without paying and the LAPD later said that the pair “refused to pay.”

This happened at the TJ Maxx located at 18045 Chatsworth Street in Granada Hills.

“That looks great,” the bystander who took the video can be heard saying as the pair headed towards the door with their stash.

One of the men was seen carrying an oversized duffle bag on his back.
Click to expand...

Gov. Gavin Newsom plans to hold a news conference in Los Angeles County Wednesday morning on the state’s efforts to address crime and reduce retail theft. Newsom will be joined by law enforcement leaders and state and local officials. Prior to the news conference, Newsom will meet with law enforcement leaders, legislators and local officials.
Click to expand...

Has Prop. 47 made California less safe?

In 2014, CA voters passed a proposition that reclassified thefts under $950 as a misdemeanor. @CAgovernor @GavinNewsom told me the Prop has allowed for more investment in local communities & "we're not going to walk away from that." pic.twitter.com/ymYtt40Rc1

During a Facebook Live, Los Angeles County Sheriff Alex Villanueva discussed the rise in crimes. He said Prop 47 and district attorneys who pride themselves to be progressives and reform minded and who do not prosecute thefts are the real problem.

“In the past, pre Prop-47 and pre these progressive DA’s like George Gascón, they’d [suspects] at least bother to run out, now they don’t even bother to run out. They just causally stroll out with all the time in the world knowing that as long as they keep the tally under $950 it’s perfectly OK,” Villanueva stated.
Click to expand...

You deserve this for enslaving those poor innocent blacks. 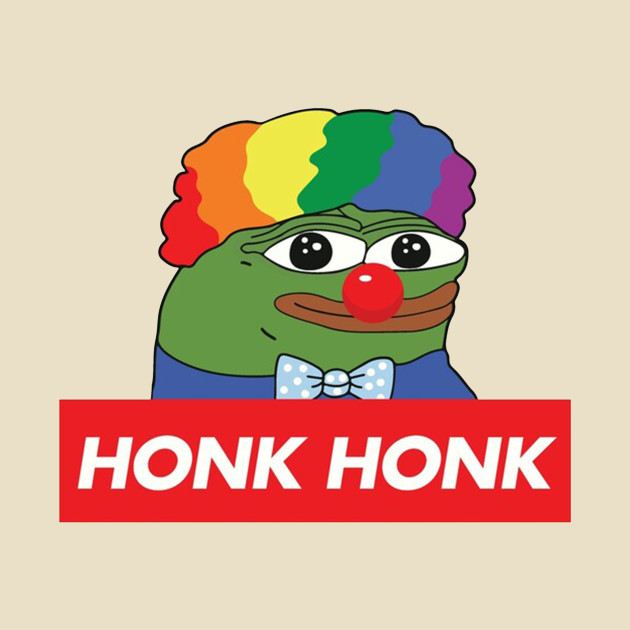 That n-word has a hairball on his head.

In 2014, CA voters passed a proposition that reclassified thefts under $950 as a misdemeanor. @CAgovernor @GavinNewsom told me the Prop has allowed for more investment in local communities & "we're not going to walk away from that."
Click to expand...

Maybe there's something I'm not understanding, but how? I guess if Tyrone robs a store and then sells it on the street corner, I guess you could call that investing in Tyrone, who lives in the local community.

The store employees don't look too concerned over the fact that a gaggle of niggers is carting out the store inventory , which is probably inforced by the nigger loving management.

Is Gov. Gavin Newsom going to stop these Nazi White supreemists or not?

Target in San Francisco has solved the problem - close at 6 PM instead of 10 PM. Yeah, that should do it. Walgreen has closed 17 stores in SF b/c of retail theft. Losing $950 worth of merchandise repeatedly has gotta hurt at some point.

I was in a Target recently in SF and was shocked at how little merchandise was on the shelves. I suspect they'll close all retail outlets soon and go online - at least in this city.

“We recognize that it’s not just in the crime bucket that we build on things. We focus on afterschool programs, we focus across the spectrum — the educational spectrum in particular,” Newson said. Gov. Gavin Newsom signed into law Assembly Bill 331, introduced by Assemblymember Reggie Jones-Sawyer, which aims to crack down on organized retail theft that is on the rise statewide.

Old World Underground
🐸 Citizen of the Internet 🐸
⏰☕🚬🚽🚿🪒🏋🏻
"We need to get more kids vaxxed, implement more tranny awareness in schools. And most important, we all need to just suck dicks" - Gavin Newsom addressing crime problem.

🐸 Citizen of the Internet 🐸
⏰☕🚬🚽🚿🪒🏋🏻
Unlike a lot of other people, the nigger fully understands how things work under a newly-installed jew military junta.

It's the 'what comes later' part they don't have a handle on.

Also I love the fact that the negro in the lavender sweatshirt wasn't even wearing a proper facemask. It seems the only way to legally shop in California without wearing a mask is to shoplift.

Bon said:
Target in San Francisco has solved the problem - close at 6 PM instead of 10 PM.
Click to expand...

They should open at 4am and close at noon. Guarantee you no negro would ever darken their doors again.

JR_Rustler_III said:
They should open at 4am and close at noon. Guarantee you no negro would ever darken their doors again.
Click to expand...

I would change 4 AM to 6 AM - lots of niggers are up until the sun comes up.

I used to work right next to a housing project. We knew the niggers were up when the loud music would start up around noon, sometimes 1:00. So loud the walls of our bungalow vibrated - even with the doors and windows closed. Fortunately, we closed up at 1 PM.

Old World Underground
🐸 Citizen of the Internet 🐸
⏰☕🚬🚽🚿🪒🏋🏻
Well those Dark Enlightenment guys wanted some kind of new aristocracy and Clown World has provided it.

Bon said:
I would change 4 AM to 6 AM - lots of niggers are up until the sun comes up.

I used to work right next to a housing project. We knew the niggers were up when the loud music would start up around noon, sometimes 1:00. So loud the walls of our bungalow vibrated - even with the doors and windows closed. Fortunately, we closed up at 1 PM.
Click to expand...

A company I worked for did some work in South Central LA in the early 90's, and we had to drive through some rough areas sometimes to get to work.

Between 6 AM and noon, you could probably walk through the middle of the ghetto counting money and not be harassed. The streets were like a ghost town.

Old World Underground
🐸 Citizen of the Internet 🐸
⏰☕🚬🚽🚿🪒🏋🏻🥓💻
They should follow Philadelphia's lead and ban placing black products behind cages because that's racist.
This is so fun to watch hope all these companies go under.

if the total of stolen goods is less than $900, it's a non-prosecutable offense.
Click to expand...

You could steal everything in a TJ Maxx store, including the employees, and it wouldn't amount to $900.

Cave Beast
🐸 Citizen of the Internet 🐸
⏰☕🚬
Just say for instance they got caught are the police and manager going to tot up the value of the goods and well it's just ridiculous to say the least. 🐸 Citizen of the Internet 🐸
⏰☕🚬🚽🚿🪒🏋🏻🥓💻
Escaped True Master
It's TJ Maxx so they could probably steal a whole bunch of stuff and never even get over the $500 mark and definitely not $1,000. It would be like stealing from Ross, Ames, Value City or Burlington Coat Factory. lol Those are all the discount stores I know of and 2 are out of business.

I went to this restaurant a few years ago and it had a Burlington Coat factory next to it and I saw this white guy come running out of the store with a whole arm load of shit. I mean a huge pile of stuff. He comes running with his legs bent and this car pulls up in front of the side walk outside the store and he just dives in the back with all the stuff. I don't know how the door got open. Maybe someone in the back opened it or something. But like I said jumps in there and the car takes off and no one even closed the door. It closed on it's own from the momentum of the car. It was some crazy shit.

I looked at the girl at register and she said that happens a lot, we're used to it. I said really and she said yeah.

Burlington Coat Factory is basically a discount store. They deal in over stock and things like that. Stuff other stores couldn't sell, when a store goes out of business they will buy the stock. If you find a zip up hoodie in there that would have cost $60 some where else, you could get it in there for like $12.

Maryland doesn't have a limit. All shoplifting is a crime. Just the amount you steal determines how severe your punishment is and what kind of fine you will get.

As far as the employees doing nothing? Most places tell their employees not to bother the shoplifters. It's a liability thing. If you hurt or injure them the store could be sued. They will fight and struggle. I see it in videos all the time. I have seen them fight and struggle with security guards over a bottle of shampoo. Doesn't matter the color either, even the white shop lifters will get all goofy, especially the females.

When you see whites shoplifting the way I mentioned above it's usually cause they are drug addicts. I can't imagine some white junkie stealing something from a discount department store for like $10 and then going door to door trying to sell that shit to people like it's the 90's.

CuzinEd said:
Maryland doesn't have a limit. All shoplifting is a crime. Just the amount you steal determines how severe your punishment is and what kind of fine you will get.
Click to expand...