Full video of Orban speech (pulled by Andrew Anglin after changing yet another Elvis Dunderhoff thumbnail and then realizing he didn’t even take the time to include the speech in this post)​
Big news?

Hungarians have decided they do not need any more genders, but would like to see “more Chuck Norris,” the country’s Prime Minister Viktor Orban told an American crowd on Thursday.

Orban delivered his remarks to rally the crowd ahead of the keynote speech of former US President Donald Trump, scheduled for Saturday. On Tuesday, he visited Trump at the latter’s golf resort in Bedminster, New Jersey.

Describing himself as an “old-fashioned freedom fighter,” Orban urged his largely Republican audience to “unite forces” against globalists, especially the “army” of Hungarian-born businessman George Soros, adding that progressive liberals did not want him to deliver this message.

The Hungarian PM also derided what he called the “leftish media.”

“I can already see tomorrow’s headlines: far-right European racist, anti-Semite strongman, the Trojan horse of Putin holds speech at the conservative conference,” he said, adding that his adversaries would do everything “to drive a wedge” between him and other people. “They hate me and slander me and my country as they hate you and slander you,” Orban declared.
Click to expand...

Amid the EU states, Hungary is a vocal critic of the bloc’s policy of reducing or banning imports of Russian fossil fuel. Hungary was the only one of the EU’s 27 members to oppose the plan. Declaring it “simply impossible” to go without Russian energy, Budapest agreed to purchase an extra 700 million cubic meters of Russian gas.

Orban also commented on the recent controversy over his speech in Romania, in which he had said that Hungarians did not want to become a mixed race. The PM reiterated that he had always pursued a “zero-tolerance policy on racism and anti-Semitism,” castigating the people who accuse Hungarians of embracing this mindset as “idiots.” Orban added that a “Christian politician cannot be racist.”

Staying on the subject of Christianity, he noted that Americans and Hungarians share the same values, which may be a solution to many global problems.

“The horrors of Nazis and communists happened because some Western states in continental Europe abandoned that Christian values, and today’s progressives are planning to do the same. They want to give up on Western values and create a new world, a post-Western world. Who is going to stop them if we don’t?” he asked.
Click to expand...

People are mad about this.

Certain people feel scared about whites from Eastern Europe uniting with whites from Texas against “globalism.”

There is nothing scarier than watching a group of thousands give Hungarian Dictator Viktor Orban a standing ovation at CPAC in Texas.

Someone should have told him though not to positively mention the hate speech laws he passed. You'll notice that one was a dud with the audience. Also, again, hate to be this guy, but the "judeo-Christian" reference also wasn't necessary.

I'm not saying he should have gone full fash either. But two people who come to mind who are just as great at not saying the wrong thing as they are at saying the right thing are Tucker and Ann Coulter. Ann Coulter pretty much came out and said last week she has Hitler fatigue and finally confirmed that the absence of this type of subpar messaging on her part, post-2016, was calculated as I long suspected. With Tucker it's the same thing. When Christians are under attack, Tucker identifies us as being under attack. He doesn't qualify the word Christian with judeo-. He hasn't ever done a show talking about how great Israel is, though he did do a show dressing down the ADL for saying one thing in the US, and doing the complete opposite in Israel.

Old World Underground
🐸 Citizen of the Internet 🐸
⏰☕🚬🚽🚿🪒
Having Orban as prime minister is exactly like having a random Alt-lite e-celeb as prime minister (PJ Watson, Lauren Southern, Gavin McIness, you name it).
It's both a wet dream for most of the people who live in globalist-led countries but eventually always slightly frustrating.

When CPAC does something good or interesting, it's like when a retarded kid manages to spell his name right or hit a baseball or something.

Drumont said:
Having Orban as prime minister is exactly like having a random Alt-lite e-celeb as prime minister (PJ Watson, Lauren Southern, Gavin McIness, you name it).
It's both a wet dream for most of the people who live in globalist-led countries but eventually always slightly frustrating.
Click to expand...

From the distance he seems to support his people but he went full retard with the vaxx. The current parliament saw an anti vaxx party join so I hope he got the hint.

His speech was good first time I didn't turn off a speech when I heard Judea Christian. Of course he kept saying it. Really annoying. I think he is better than most but can see him not being the best either.

I could be wrong, but 'uniting against globalism' used to be the province of the left. At least it was at the dawn of history, ie in the late 1990's. The rent-a-crowd that followed the various three letter acronyms (WEF, WBG, IFC, ADB etc) around the globe were the proto Antifa. Then it seems that either their oppostion to globalism, or the media coverage of their opposition, dropped away.

Does that mean they've stopped happening? Is the left now for globalism? I find it hard to keep up. Stand in one position for long enough and you'll find that you've ended up supporting both left and right without changing your own opinion.

🐸 Citizen of the Internet 🐸
⏰☕🚬🚽🚿🪒🏋🏻
sadly he cucked about anti-semitism and racism. should have said that hungarians shall not be replaced with niggers by Jews. 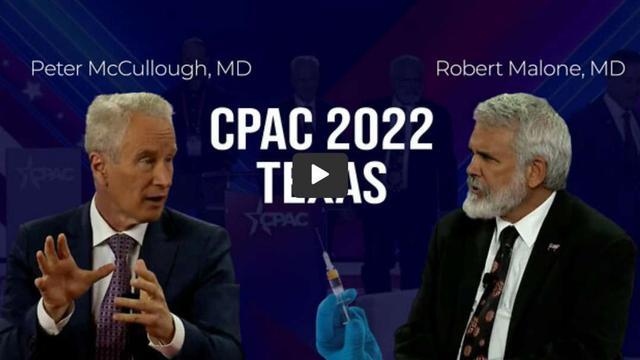 Cave Beast
⏰☕
From what I heard of his speech on FTN, Orban is total controlled opposition. Probably explains why Hungary doesn't leave the EU. He obviously talked about "Judeo-Christian" heritage, and basically did a version of "the Democrats are the real racists", droning on about Hungary's anti-racism and anti-antisemitism laws. George Soros is the one token Jew he's allowed to have a problem with, apparently.
You must log in or register to reply here.
Share:
Facebook Twitter Reddit Pinterest Tumblr WhatsApp Email Link
Top