Remember that bitch from Game of Thrones?

The average looking slut who was considered pretty in a society of fat slobs and tattooed drug freaks?

Yeah well, she’s old now and not so pretty.

All the pictures we have of her from 2021, she’s fully masked-up, hiding her rapidly aging visage.

However, we have a picture of her from 2020 – showing the true face of an overripe roastie.

Whatever is under the mask in 2021 looks much worse than that.

You don’t what they say: “How does a slut hit the wall? Gradually, and then all at once.”

So what do you do when you’re an old, used up hooker with literally no value as a human being?

You make a comic book about the magic of menstruation.

As a kid in London, Emilia Clarke got a distinct vibe from her local comic book shop: “No girls allowed.”

The Emmy nominee and lead of the HBO pop culture juggernaut “Game of Thrones” was therefore doomed to spend her adolescence reading hand-me-down comics from her older brother and meeting caped crusaders on the big screen, she said.

“I read a lot of fantasy novels full of rich worlds as a child, like ‘Lord of the Rings.’ That was always the place my imagination would gravitate toward. Later on, when I went to Comic-Con for the first time at 22 with ‘Game of Thrones,’ I was amazed at what I saw — almost entirely men. Later, as tides turned in the industry and #MeToo emerged, I began to look at the community through those eyes and it was arresting,” she said.
Click to expand...

Such a pretty little thing.

Who would have thought that she would become… creature from the swamp!

It happens to all of them.

Clarke started dreaming about what a comic book might look like from her perspective — a notion that quickly gained steam. She recruited an all-female creative team and made a comic featuring what is undoubtably one of the most progressive female heroes in the genre.

“M.O.M.: Mother of Madness” will publish in July from Image Comics, co-written by Clarke and Marguerite Bennett (“Bombshells,” “Josie and the Pussycats”) with art from Leila Leiz (“Horde”).

“In doing my research, I found that 16% of comic book creators are female, according to a 2019 study, and only 30% of comic book characters are women. On the other hand, roughly half of comic book buyers are female. Something did not sit right with me in that exchange, and all these signs were telling me to go make my own,” said Clarke.

“M.O.M.” is centered on Maya, a busy single parent whose life is upended by the discovery of superpowers.

“She’s a single mum that’s got to get shit done. This was born from the idea that single mothers are superheroes. You need superhuman strength to do that. When you get into your 30s and your friends start having kids, you’re like, ‘Oh my god. I was not aware of what it took. Holy shit,’” she said.
Click to expand...

Yes – when women start having kids in their 30s, after a life of sex, alcohol and cocaine, it really takes a lot out of them.

That is why God designed wö-men to start having children in their early teens.

Another key identifier for the character is that all of her powers manifest from her menstrual cycle.

“The bloating, the hair growth, the mood swings, the [acne], all of it. We hate that when it happens, speaking for myself and everyone I’ve ever met who has had a period. What if we turned that around and made the period something that we can feel as this unique, crazy, superhuman thing that happens in our body? When Maya is scared, she goes invisible, when she’s angry, she has superhuman strength. She can swing like Spider-Man from her armpit hair,” Clarke says.
Click to expand...

Of course, she didn’t really write this. She just put her name on it.

The cover has a bunch of weird illuminati symbols.

The story, says she, is designed to celebrate single motherhood and promote that lifestyle to young people.

Through both lenses, Clarke and her creative team sought to lionize the single mom, whose media depiction is usually one of struggle, sadness and efforts to rebalance her life with a male partner. When it comes to menses, the actor thinks it’s way past time that we normalize something that over half the world population experiences (in upcoming editions of the three-part comic miniseries, Maya utilizes “inflated boobs” to help thwart a human trafficking ring).

“She’s so ashamed of her powers at the start. It’s mental. Even today, if your tampon falls out of your bag, it’s embarrassing. Why?” Clarke asks.
Click to expand...

Uh, because you have a gooey hole between your legs that bleeds repulsive, stinking blood?

Why would someone not be ashamed of that?

It just never ends with these whores.

The child of the single mom hero is a brown person.

Implying a brown person would abandon his children?

I thought brown people were supposed to be vastly morally superior and great mates for white women?

Here’s the lesson, folks: the only value of a woman is in her ability to produce children. That is why you find them attractive. Your attraction is designed to compel you to stick your penis into their disgusting, stinking hole, and thereby perpetuate the species.

If a woman does not create children, she has no value at all. Once the window for creating children starts to close, the childless woman turns into a disgusting and evil monster.

Even if a woman does have children, she still becomes a problem as she ages. Many believe that it is better if women die during childbirth. Sadly, it is very difficult to argue with that logic. Women always abuse their children, and it would clearly be better for children if their mothers were dead.

I don’t know any single person who makes it through childhood without being seriously and irreparably harmed by their mother. Every logical and reasonable person agrees that girls should be force married and pregnant before they are 16. However, once a woman can no longer produce children, should she be euthanized, in order to protect her children and society?

It’s a discussion worth having.

Old World Underground
🐸 Citizen of the Internet 🐸
⏰☕🚬🚽🚿
@Andrew Anglin => taking the opportunity of your OP on this garbage comic to ask you if, by any chance, you've heard of François Schuiten ? He's a Belgian graphic novelists (well, he does the graphic part while his friend Peeters writes the stories) and I think you'd love his style.
It's basically archeo-futurist, as he mixes 19th century European architecture with sci-fi elements. 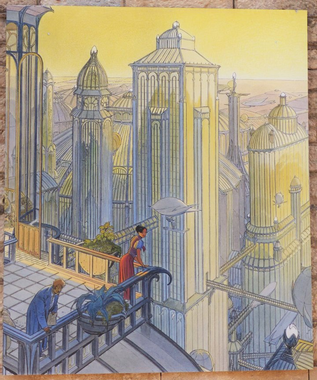 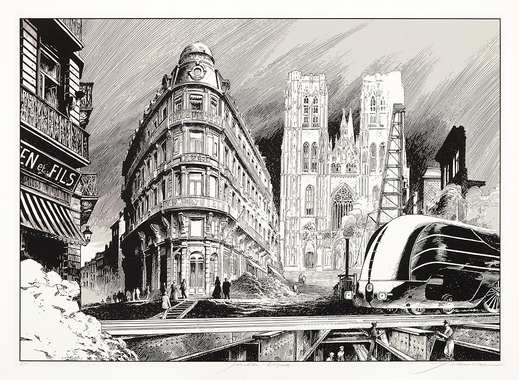 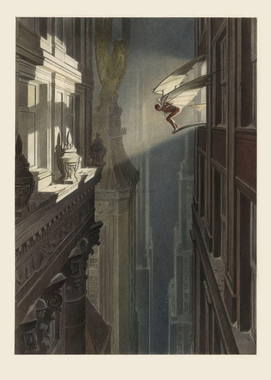 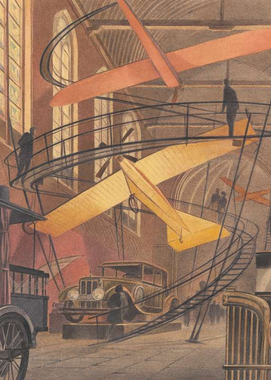 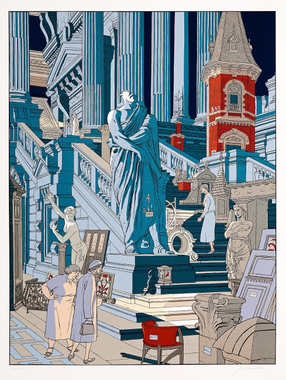 Not sure if any of their work has been translated into English. They are extremely famous in the French-speaking comic world.

Old World Underground
🐸 Citizen of the Internet 🐸
⏰☕🚬🚽🚿🪒🏋🏻
Let's remember her, as she was in the series not in the real life

Old World Underground
🐸 Citizen of the Internet 🐸
⏰☕🚬🚽🚿🪒🏋🏻
School districts will happily buy this up and use it for their struggling readers.

kerrang said:
Let's remember her, as she was in the series not in the real life

Snake Baker said:
. However, once a woman can no longer produce children, should she be euthanized, in order to protect her children and society?


Your period, in whatever fashion it appears, is magick.


Do not deny yourself these gifts any longer simple because the world cannot handle a woman who bleeds. We are fierce, and we are powerful.


Another note before closing, if using items such as tampons and pads to bury in the earth- please make sure they’re biodegradable before doing so. Plastics negate the offering and can harm our lovely Mother.

The title pretty much says it all, doesn’t it? For those of us who are still living with our feminine aspects in the Shadow, we may see the title and cringe. You might even think me disgusting for mentioning it, or believing my monthly has power. The patriarchy, or masculine overtones of our...

SouthAfricaEmpire said:
And insane femmists witch that "invited" hordes of brown people to invade her country stunning and brave🙂
Click to expand...

doesn't matter it's a movie

🐸 Citizen of the Internet 🐸
⏰☕🚬🚽🚿🪒🏋🏻
Escaped True Master
I was unaware the Frankfurt School started doing comics.

Snake Baker said:
Remember that bitch from Game of Thrones?
Click to expand...

No, even tho Craggy Island is just offshore from the Dark Hedges. I am completely alienated from pop culture, and only kno about such things from what I read on Tranny Watch.

I am amused tho, when reading such articles, to imagine their targets being shocked and horrified to hav them brought to their attention, suddenly propelled out of their polite echo chamber of sycophants and face a few disturbing home truths.

Does anyone kno if there've been any verified suicides as a result?

This is disgusting on so many levels it is almost a work of art
Click to expand...

I keep looking at it and finding some new horror. It’s really something else isn’t it?

Is that boyfriend of hers wearing ...crocs??? The horror.
As for the rest if it, I am not quite sure what's going on.

Regarding women's usefulness after having children - I read a book some time ago that hypothesized and showed some evidence of family dynamics in pre-agricultural societies. Grandmas supplemented the food supplies of her grandchildren significantly, being so much more knowledgeable and experienced than her daughters and daughters-in-law, and also having quite a lot more time for it than them. Therefore, the offspring of a long lived woman would be much better off than those having no grandmas, and their lines survived much better.

Old World Underground
🐸 Citizen of the Internet 🐸
⏰☕🚬🚽🚿🪒🏋🏻🥓
Digital art for comics is so fucking ugly i dont know how they still manage to sell them at all.

Auslander-Raus! said:
We are fierce, and we are powerful.
Click to expand...

On the jew-run mulatto stud farm, women aspire to be "fierce" and "powerful" and "bad-ass." Ever wonder why?

Isn't that exactly what you picture when you dream of a future wife? A fierce, powerful, bad-ass?

Of course it is. I mean..... unless you're an unattractive, weak, small-dicked man who is afraid of strong women. Real men get pegged, goyim.

If it tends to destroy the natural order (Logos), it gets funded and promoted.

If it accepts the natural order, it gets ridiculed and crushed.

Pretty simple. Even a dipshit like me can figure it out after awhile.

I will never understand how so many people can remain blind to the diabolical nature of jewworld.