US market prediction for Monday (tomorrow)

Where do you think markets will go on Monday?

Old World Underground
⏰☕
☠️ Failed Loser ☠️
I'm done worrying about the market. It is artificially inflated and doesn't represent the actual economy in anyway at this point. I'm banking cash at this point. There will be cheap shit to buy when all these non-publicly traded companies go under. Same with the housing market unless they somehow make the money printer brrrr for that.

Broscience said:
I'm done worrying about the market. It is artificially inflated and doesn't represent the actual economy in anyway at this point. I'm banking cash at this point. There will be cheap shit to buy when all these non-publicly traded companies go under. Same with the housing market unless they somehow make the money printer brrrr for that.
Click to expand...

Yes, but you know the market has an effect on real people, including people here. When the money printer go brrrrr, that ends up with inflation, increased poverty, and civil unrest.

So we are watching the BS stock market to see when bad news is coming.

If there is a temporary up in the market our goys can get out of stocks and into guns, ammo, nylons.

Old World Underground
⏰☕
Take the Venezuela pill. The dollar will be worth less and stonks will go up.

Old World Underground
🐸 Citizen of the Internet 🐸
⏰☕🚬🚽🚿🪒🏋🏻
I reckon it's going to trade sideways for awhile with bigger moves later in the year closer to election and after.

A big issue the market hasn't fully digested yet is how the swing voters perceive all this.

Old World Underground
🐸 Citizen of the Internet 🐸
⏰☕🚬🚽🚿🪒
I am not sure but i am concerned the market isn't taking into account the economic abyss that likely awaits us, especially if we have a serious of lockdowns. .

Goldman Sachs is projecting dramatic improvements to the economy and strong stock market in second half of year. I have my doubts even though I hope they are right. In a just world, the media should take up the Japanese practice of ritual suicide for what they have done (and should many so called health experts) but that isn't happening. Too many people cannot admit they acted like scared children after being told a ghost story. Over 70 percent of the US population believes the worst is yet to come.

So in light of that the outstanding questions are :

+ will business rehire or will they practice risk mitigation? Could go either way. It may split between hiring in some red states where they population is less afraid and the government is less hysterical and blue states with hysterical governors like Michigan and liberals who are proudly hiding under their beds.

+ If hiring is not strong will the market tank? That might depend on whether the market thinks in a month worries will subside since the market is a bet on the future. If Gates, Fauci, et al get their way and there is a series of lockdowns no matter what the market does Monday, it will tank big time in the near future

Old World Underground
🐸 Citizen of the Internet 🐸
⏰☕🚬🚽🚿🪒🏋🏻
My worry is that the rootless Elites find a way to like and profit from the situation going forward without actually improving the situation.
The stock market will have no problem going up while the rest of us down here in the gutter are just trying to put food on the table in a place with a roof over our heads.

TheBoom said:
I am not sure but i am concerned the market isn't taking into account the economic abyss that likely awaits us, especially if we have a serious of lockdowns. .
Click to expand...

They are giving themselves time to sell their stocks to suckers who think they are buying at firesale prices.

Goldman will be preparing to short again 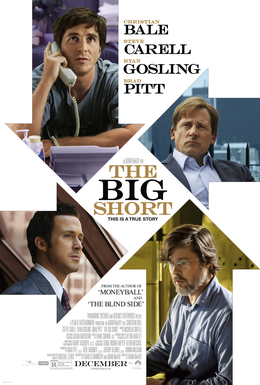 Old World Underground
🐸 Citizen of the Internet 🐸
⏰☕🚬🚽🚿🪒🏋🏻
The Fed control all asset prices now. When the Dow rallied to 24k from the 18k lows folks who I have followed since 2008 were in awe. The jobs numbers coming out 10-15-22 million out of work and still the market went higher. Hardened traders were lost for words, they were convinced that the lows were going to be retested. The market went higher, in the absence of an actual economy. We've never seen anything like this before and trying to predict what happens next? may as well flip a coin.

Old World Underground
⏰☕🚬
The stock market no longer reflects the 'health' of the economy. With the federal reserve backstopping everything and now buying bonds and ETFs, there is no such thing as risk or free market anymore. So while we could have 30% unemployment on the street and scores of homes going into foreclosure, the stock market wont he majorly affected so long as the fed is there buying up all their bad debt and toxic assets. Its the stuff that dystopian novels are made of.

Now if the federal reserve cant backstop anymore because the treasury and congress put an end to it, then youre going to see the market drop 80%. But for right now, the market will probably still go up little by little. The next big thing coming up will be the states demanding a bailout from the feds because the economic depression these dem governors have caused has cratered their tax revenues which will result in layoffs of govt workers and the cancelling of assorted handouts to the dirtbags and niggers that reside in their cities.

Old World Underground
🐸 Citizen of the Internet 🐸
⏰☕🚬🚽
The markets WILL be tanking all the way tomorrow. Here's to hoping you got your Gangz ready, and rape rich environments identified. Swedish Somalis seem to priviledge public transportation.

I will wait for my chump goy IRA to go down about 30% before putting anything in it, and increase buy-in as price goes down further.

Meh. Everything, money, investments, real estate, even guns, ammo and the notion of property might become worthless when we reach full breakdown mode. Everyone will end up dying, everyone.

Watching all this with distanced amusement. Chuckles in oldfag.

CharlesWorthing said:
Yes, but you know the market has an effect on real people, including people here. When the money printer go brrrrr, that ends up with inflation, increased poverty, and civil unrest.
Click to expand...

My point was that the market is completely unpredictable at this point and will continue to go up while the economy collapses. And I ain't buying no stocks now, nigga.

Old World Underground
🐸 Citizen of the Internet 🐸
⏰☕🚬🚽🚿🪒
Just seems like everything is going to transition to third world country, with beautiful villas inhabited by an elite and no middle class to speak of, corruption everywhere etc. Just generic Latin American shithole #42 instead of a real country.

Old World Underground
👑
🐸 Citizen of the Internet 🐸
🎩
⏰☕🚬🚽🚿🪒🏋🏻🥓💻⛪️🍖
My current impression, like many of you, is that the entire SARS-CoV-2 lockdown is looking like a plan to impoverish the classes resistant to the Globalist elite and to destroy institutional structures. The disease is real, and not just a flu, but the response is in no way scalar to the actual threat which is relatively low.
The problem we now face is that the people aren’t ultimately going to be left with a sense of gratitude to their leaders and institutions for being protected from a deadly disease, but are instead going to be left with a sense of universal rage for ultimately being lied to, for being frightened and being financially impoverished. Of course, the (((elite))) hopes this rage will be directed at the governmental and institutional structures. Universal dismay at traditional institutions is a jew wet-dream - they’ve been trying to pull this for centuries. It’s the ultimate attempt at fomenting global revolution, but it will fail because the lockdown has in many ways demonstrated the capability for a unifying organizing tendency - among whites in particular - which will rise to the task of finally purging the global cancer which has too long dogged humanity.
We of the European races were born in adversity, and by God we will rise in the face whatever adversity comes our way. It is our destiny, and hard-coded in our genes. They tried to suppress us with consumerism, hedonism, individualism but this system relies upon their position of economic and social hegemony which will inevitably soon collapse under the weight of its own perfidy. They know this, and they see now that their economic power-game is an impossible trap they have caught themselves in. All they can hope is that we blame our governments instead of them when their system actually goes tits-up, and this is what they seem to be positioning themselves (and the circumstances over which they exert control) for.
You must log in or register to reply here.
Share:
Facebook Twitter Reddit Pinterest Tumblr WhatsApp Email Link
Top