Old World Underground
👑
🐸 Citizen of the Internet 🐸
🎩
⏰☕🚬🚽🚿🪒🏋🏻🥓💻
Many people on the right have made the mistake of analyzing the professed leftist ideas from an objective rational lense and try to find holes. For example : if segregation is bad why are Indian reservations good ? If men are as good as women why don't have similar standards in the military ? etc.

They soon realize that most normies do not care. While it is good to understand holes in ideologies, that doesn't really help at convincing people. So what is happening ? The answer is simple. Cults.

Once people understand political cults, everything starts making sense. Even redpilled people have not figured this yet. This is a ultimate-tier revelation.

Humans are not born with ideologies, but they are born with instincts. In practice, humans have three political instincts : authoritarian, market-based and egalitarian.

In essence, political instincts are survival strategies, just like with animals, humans adapt to different strategies. The authoritarian right is focused on physical defense and conquest, libertrarianism or resource production and innovation and leftism is focused on redistribution.

Human political behavior is mirrored in lizards. The lizards have their own version of authoritarianism, libertrarianism and leftism :


The way these instincts manifest is in pre-political behavior. For example some people are natural bullies as kids and want to establish themselves as the strongest. Some kids are the smartest and like to get good grades and some kids try to be friends with anyone.

For example, a person who has not developed an ideology but is asked about gays can have three different answers :
"eww, that's disgusting", "who cares, not my business", "they should be protected because they are bullied !"

These are not political ideologies, they are natural reactions that are ingrained in a person's biology, like personality. So, with that established, how does personality and natural preferences transition into politics or "ideology" ?

Human instinct is more powerful than human reason. Most men like titties, but when they first realize it, they cant' really see why, it just happens. Of course, we know that it is because it signals fertility, but a 13 year old brain doesn't think about that, it just sees nice boobs and wants to fuck the girl with those boobs.

Similarly, most people's politics is instinct, and not reasonable. Thus, most politics satisfy them on the emotional level, rather than rational one. The result of that is cults.

Simply put, cults simply flesh out a person's natural predisposition and give him an outlet for his personality. For example, on the left throughout history you had various cults :

A lot of those have holes in them when they are picked apart (how are hippies going to handle radical muslims ? how does a society reproduce under feminism ? how can Soviet economics compete against market counties ?), they just fill the same emotional needs. This is why throughout history, people with certain political instincts simply joined the cult of their time. For example, 17th century puritans had their own version of socialism in the form of communal farming, with a Christian puritan bent. It failed just like later socialism would, but that was the cult of their day.

Similarly, on the right you also had cults. Neo-Nazism, KKK, skinheads, etc. 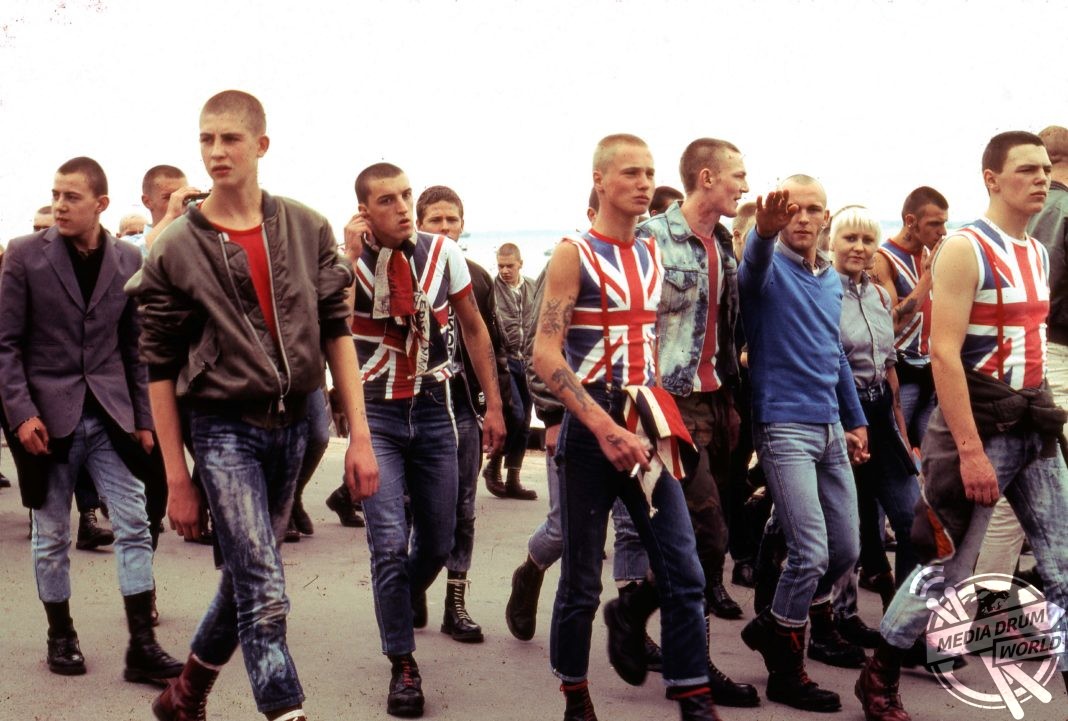 One the libertrarian side you have Sargonites, Skeptics, Freedmanites, Pinochet worshipers, Ayn Randists, etc. etc.

What you notice is that most of the people tattooing swasitkas on buttcheeks or flying people with pickup trucks and open carrying at protests or Antifa that get Bernie tattoos are not the type of people that really think in logical terms about ideas, they just follow a cult. Wignats will oftentimes say dumb things that make no sense, "losing is winning", "being anti-social is a virtue" for similar reasons.

The reality is, throughout most of human history people formed competing cults and that is how societies moved forward. Thus, once you understand that cult behavior is the default human behavior, it is easy to understand how people can believe contradictory things.

How this became a problem in the age of media

The reason modern day politics makes no sense, as it hasn't many times before is because the media plays an interesting game. The media creates pre-approved cults and make sure that people are funneled into a cult that is not threatening to the system.

The media also made sure to marginalize competing cults, particularly White Nationalism. That's because that particular cult threatened the media.

The reason most people believe dumb things is because humans are naturally inclined to cultism, and thus will seek when possible a cult to be a member of. It just so happens that now when the media controls reality, it funnels people into cults it needs and it shuns opposing cults. 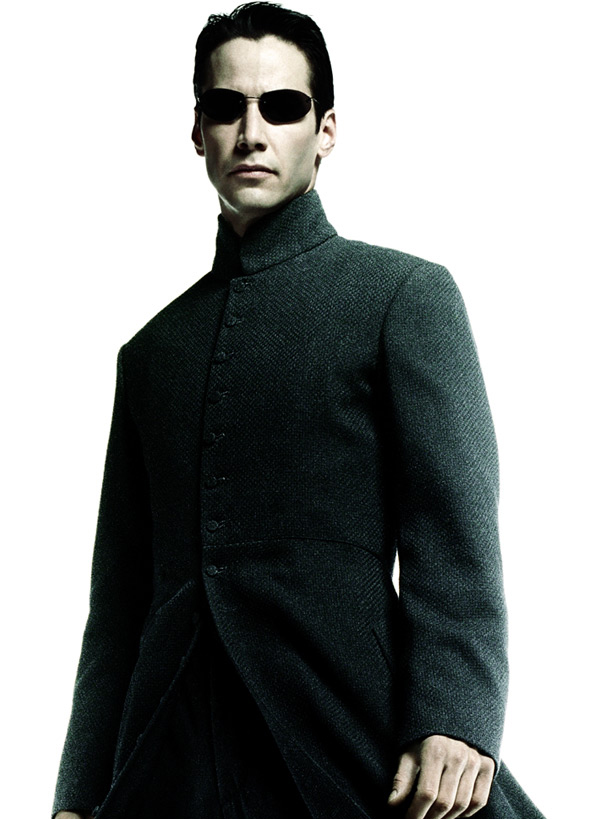 There is a small portion of the population that manages to actually follow logic instead of their emotions. Those individuals have two very rare components :

We know scientifically why that is. Testosterone correlates to the ability to 1) consider the minority position (go against the grain) 2) say unpopular things 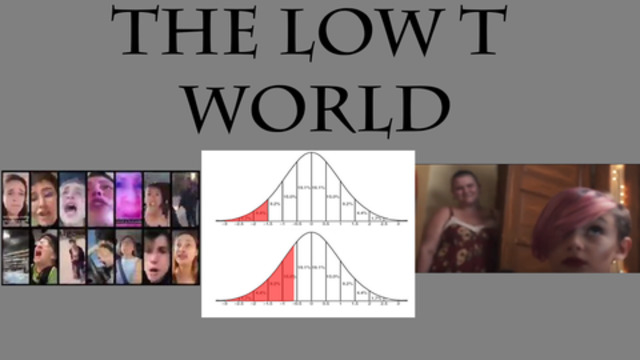 High IQ correlates with the Big 5 personality of Openness, which is the quality required to consider novel / different ideas and think them through.

Openness to Experience and Intellectual Ability

On Openness to Experience and the Maintenance of Intellectual Abilities

People who are high on Openness to experience are generally receptive to entertaining new and challenging facets of cultural life, as well as personal thoughts and emotions (McCrae & Costa, 2003), and studies have reported a positive relationship between Openness to experience and performance on tests of intelligence (Ackerman & Heggestad, 1997; Gignac, Stough, & Loukomitis, 2004). Specifically, in a meta-analysis of studies that examined relationships between personality and intelligence, Ackerman and Heggestad (1997) found Openness correlated positively with both general intelligence (r = .33) and crystallized intelligence (r = .30). Gignac, Stough, and Loukomitis (2004) similarly reported a positive correlation between Openness and general intelligence (r = .43).
Click to expand...

Thus, in order to grow beyond cults and ideolgies (which act as cults) one needs people high in IQ AND high in testosterone. There is only one group on the planet that contains large amounts of such individuals : Western societies.

Which is why only historical European societies developed alongside the scientific method and thus are the bulk of the world scientific and cultural achievement.

One of the reason why society has gone seemingly insane is because it has been taken over by media / university cults, but also because testosterone has lowered over the last decade (testosterone also correlates with honesty), mass migration reducing the percentage of White people in Western societies and because of female franchise.

All of those things combined have returned the world to a natural state of competing cults, rather than scientific / logical inquiry.

However, even when Western societies were majority White and high in testosterone, the vast majority of normal people where still not very high in either IQ nor testosterone and thus, societies needed established cults to funnel normies into.

Thus, the Founding Fathers had complex understandings of society, but they also realized the need for a cult for normal people, thus they purposefully created the Washington / Freedom cult for the average masses. 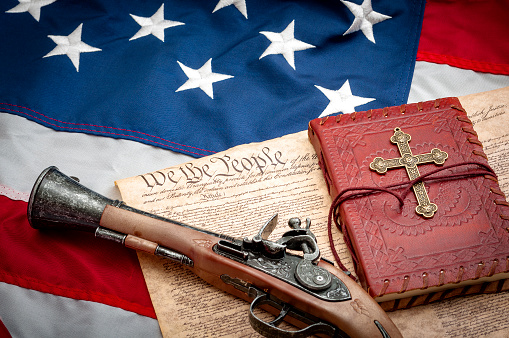 A lot of Americans will think this is blasphemy, but consider that many Americans wanted George Washington to be king. Thus, the whole worship of presidents and other such things did not happen until Washington and Co. created the Americanism cult, which is not a bad thing in and of itself.

Similarly, in many ex-communist countries there used to be a strong gun culture before communists came. Today most of them can't imagine having similar gun laws.

Russians similarly were once highly Monarchical and Christian, only to become Soviet Atheist later on. Russian people went through multiple cults. As have Germans, going from monarchy, to democracy, to fascim, to communism, to democracy again. It is hard to believe that Germans were once the complete of opposites of what they are today, but that is the power of cults.

China was once Confucian and Imperial, only to become communist, etc. The cults change, the peasants stay the same.

Americans are experiencing a similar issue. The Founding Fathers understood most people will never understand the complexity of their ideas so they created smart rules that were meant to be enforced by smart people as well as a cult for normal people to follow.

As smart and honest people disappeared from American politics in the 20th century and were replaced by shills, the American cult was twisted into weird directions, including the idea that Freedom means feminism, LGBT and small government and stuff like that.

This was inevitable, the betrayal of the rational class, the pundit class, lead to the media and schools twisting the American cult against its original intention. There was no way that was not going to happen. Only a small handful of people are designated by God to have IQs and testosterone to figure out complex details and not be bedazzled by bullshit. Most normal people just go along with authority as long as they feel they are still in a cult. The smart people have to act as guardians, without those people, the cult that is meant to lead the masses is twisted and new cults are created.

What is the solution to the current anti-civilizational cult ?

Considering all things discussed before, it is clear that the right suffered from mistakes in the last decades :

That begs the question, what would be the solution for right-wingers ?

The solution would be to :

1) first, gather all rational people that can be convinced by arguments and logic
2) create a new consensus to breakup the existing media cult

Thus, if the Right focused their efforts on the strategy mentioned before they would have made a lot more progress. Instead for a long time the right instead : joined weird right-wing cults of their own (esoteric Hitlerism, neo-reaction, etc.), tried to reason with normal people, ignored mainstream society and secluded themselves form others and so on.

The winning strategy seems to have been adapted by Nick Fuentes. After the Internet Right convinced using arguments everyone who could be convinced by arguments, he then tried to go mainstream and replace the GOP cuckservative consensus with America First. So far, he is showing results. But he got attacked along the way by right-wing cultists for not being in the wignat cult and so on. He also didn't bother trying to appeal to leftists, instead focusing on breaking the consensus inside the GOP itself, trying to replace the existing cuckservative cult with the America First one. Thus having smart people be the core of America First and then appealing to normie GOP voters to join his own cult.

If people understood mass cult psychology and the rarity of rational people, they would have adopted this model long ago. But lacking this insight a lot of potential was wasted. On the good side, a lot of things have been figured along the way, so that people in the future don't have to go through the same thing blindly.