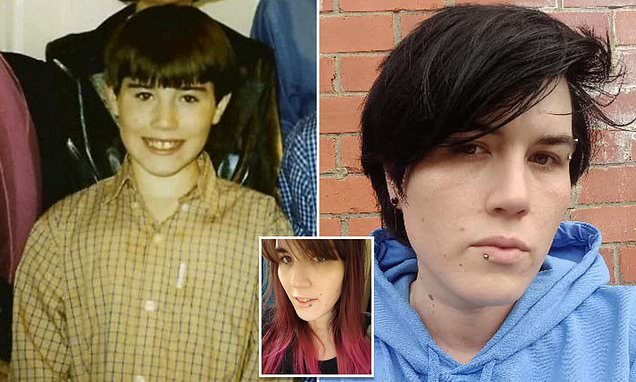 EXCLUSIVE: Ritchie Herron, 35, has waived his right to anonymity to share his ordeal after he claims the NHS failed to take his mental health crisis into account before performing irreversible surgery.

www.dailymail.co.uk
For Ritchie Herron, a bright and articulate civil servant from Newcastle, life over the past four years has become almost unbearable. It takes him ten minutes to empty his bladder, a process as painful as it is slow. Any sex drive is long gone. In fact, he says, his crotch is numb, ‘shell-shocked’ from the damage done to him under the apparent care of the NHS.

‘Numb’ rather sums up Ritchie’s whole demeanour as he struggles to process what has happened to him. Today he reveals – in an exclusive interview – that he is the man preparing legal action against the NHS over an operation that removed his genitals.

Ritchie’s case emerged last week when he posted about his experience on Twitter under a pseudonym, TullipR. His brief testimony, which was picked up by the Daily Mail, was as shocking as it was damning for the NHS ‘gender clinics’ that help people change sex.


Battling mental health issues – and after decades of suppressing his homosexuality – Ritchie, 35, had thought the answer was to become a woman. But instead, he says, he was fast-tracked into making ‘the biggest mistake of his life’ and left infertile, incontinent and with ongoing pain.

Not only had the NHS clinic failed to take into account his spiralling mental health crisis, he claims, but it had also failed to properly counsel him about the risks.

Ritchie has decided to waive his anonymity to tell the story of his ordeal in full, detail the physical and mental scars he has been left with – and warn there are more like him ready to take legal action over the surgery they bitterly regret.

His account raises serious questions about the safeguards in place at NHS gender clinics, which have seen a 1,700 per cent rise in referrals over the past ten years, accounted for mainly by children and young adults.

The speed at which Ritchie – who had been living as a woman called Abby – was diagnosed and subsequently referred for irreversible surgery is disturbing in itself.
...
10 minutes to piss?

"I have no sensation in my crotch region at all. You could stab me with a knife and I wouldn't know. The entire area is numb, like it's shell shocked and unable to comprehend what happened, even 4 years on.
No one told me that the base area of your penis is left, it can't be removed - meaning you're left with a literal stump inside that twitches. When you take Testosterone and your libido returns, you wake up with morning wood, without the tree.
...
Any pleasure I do get comes from the Prostate that was moved forward and wrapped in glands from the penis, meaning anal sex isnt possible and can risk further damage.
Then theres the act of going to the toilet. It takes me about 10 minutes to empty my bladder, it's extremely slow, painful and because it dribbles no matter how much i relax, it will then just go all over that entire area, leaving me soaken.
So after cleaning myself up, I will find moments later that my underwear is wet - no matter how much I wiped, it slowly drips out for the best part of an hour. I never knew at 35 I ran the risk like smelling like piss everywhere I went.
...
And finally, theres dilation, which is like some sort of demonic ceremony where you impale yourself for 20 agonising minutes to remind you of your own stupidity. "
:/
someone should just stab that shit with a knife, do a "revision surgery", and cauterize it with a blowtorch.

🐸 Citizen of the Internet 🐸
⏰☕🚬🚽🚿🪒
I can't be sympathetic to anyone who would do the OBVIOUSLY FOOLISH thing of chopping off a healthy body part - but, that said, this guy's story should be given maximum publicity, as it destroys the idea that people can change sex and shows that this transgender thing is AS HARMFUL AS FUCK.

Old World Underground
👑
🐸 Citizen of the Internet 🐸
🎩
⏰☕🚬🚽🚿🪒🏋🏻🥓💻⛪️🍖
Jordan Peterson claims to have watched a video in which an American surgeon brags of performing 3000 double mastectomies on teenage girls who think they're boys. He must be doing at least five a day!

We're at the stage where something that a few nerdy men have been doing for decades suddenly becomes cool, and large numbers of girls join in. Not long after, the fad collapses and is quickly forgotten, except by those left permanently maimed.

RightRevival said:
I can't be sympathetic to anyone who would do the OBVIOUSLY FOOLISH thing of chopping off a healthy body part - but, that said, this guy's story should be given maximum publicity, as it destroys the idea that people can change sex and shows that this transgender thing is AS HARMFUL AS FUCK.
Click to expand...

someone who'd want to do that is obviously mentally unsound and should be given psychiatric treatment instead, doctors should never comply with his demands.

Ronin said:
someone who'd want to do that is obviously mentally unsound and should be given psychiatric treatment instead, doctors should never comply with his demands.
Click to expand...

All doctors who have taken part in "sex-change surgery" and all psychiatrists who have referred people for this treatment should get the death penalty in a sane society.

Old World Underground
🐸 Citizen of the Internet 🐸
⏰☕🚬🚽🚿
Time and again we read this sort of stuff...I mean, I'm not a surgeon but I have an imagination, and can pretty much tell that having your dick chopped off is going to lead to some serious painful consequences..

All this degeneracy and misery started with the legalisation of homosexuality, it is literally the wages of sin.

RightRevival said:
All doctors who have taken part in "sex-change surgery" and all psychiatrists who have referred people for this treatment should get the death penalty in a sane society.
Click to expand...

And the method shall be ling chi, stretched out over days, or weeks if possible. They must suffer as their victims suffer.

Old World Underground
👑
🐸 Citizen of the Internet 🐸
🎩
⏰☕🚬🚽🚿🪒🏋🏻🥓💻⛪️🍖 💻
It's amazing this freak is so fucked in the head he never stops and realizes that this is all wrong. Literally all of it

... so you're telling us there IS a cure for homosexuality?

Old World Underground
👑
🐸 Citizen of the Internet 🐸
🎩
⏰☕🚬🚽🚿🪒🏋🏻🥓
The fact that the British taxpayer-funded NHS has become the new Institut für Sexualwissenschaft (sp?) of the 21st century shows that Britain has far bypassed Weimar Germany, and any reaction to extirpate this horror will have to go to much higher levels.

Old World Underground
👑
🐸 Citizen of the Internet 🐸
🎩
⏰☕🚬🚽🚿🪒🏋🏻🥓💻⛪️🍖
Remember when the said "refer to the science" and "listen to doctors". They are referring to the same people.

What did this fucking idiot expect to happen when its genitals were chopped off? 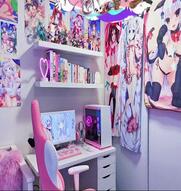 SoyBooru: A tag-based booru gallery for soyjaks and other soyboy images!

SoyBooru: A tag-based booru gallery for soyjaks and other soyboy images!