Andrew Anglin said:
I can't tell if it is the translation or just the bloated, pretentious French literary philosophy writing style, but all of his books are an extreme chore to read. Maybe he had the same translator, I don't recall, but La Technique (published as "The Technological Society" in English) is actually even worse than Propaganda.

That said, I think he's really one of the single most important thinkers who ever lived, and he gets zero attention. I'm sure if he'd written like Nietzsche or Schopenhauer, or even in the brutally stylized German obscurationist style of Hegel and Heidegger, he'd have been more popular. Choosing heavily stylized language to communicate real world concepts is always stupid, though it sometimes pays off - Hegel hid in language and probably wouldn't have even mattered if he hadn't obscured the emptiness of what he was saying with confusing language.

I always say: the Unabomber Manifesto is a good summary of Ellul, hitting all of the key points with simple language.
Click to expand...

There is a more blatant reason : Ellul began his career as an historian of law and political institutions.
his manual on the History of institutions is a classic that has been part of the basic curriculum of every law student for decades, and it is mainly through this medium that he was known here for a long time, before his philosophical works gained new notoriety. 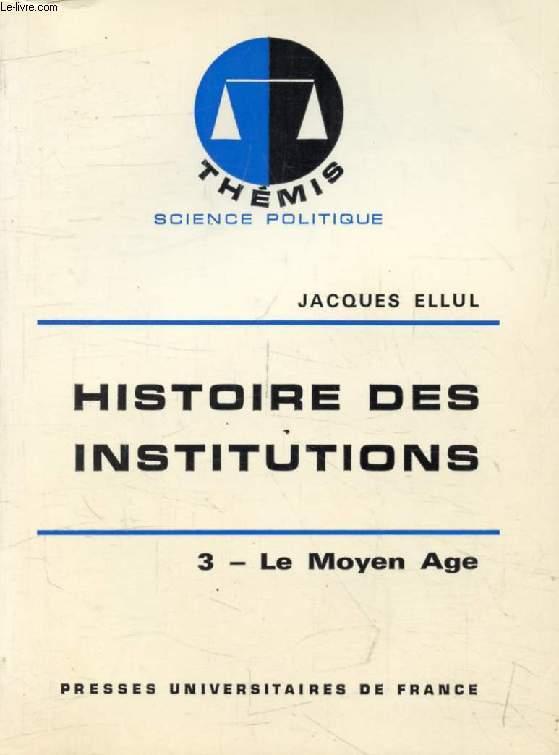 there is a usual reticence in France towards specialists who change their field of study, and this has contributed to the low profile of these works outside a reduced milieu at the time he produced them.

René Girard had some in the US with his concept of 'mimetic rivalry', but he lived there for most of his life

GoodOlboY said:
So true. Normal people don't want to be a pretentious, know-it-all asshole and a kook. Also, absent proof to the contrary, there isn't a reason to believe some essentric over all the smart people you listen to.

I remember this layer being peeled back for myself. It almost destroyed my marriage.
Click to expand...

So much has changed so fast that today most people just feel that something isn’t right. So much so they have to censor innocent topics and steal elections to keep this unholy system on its feet. Inevitably people will come to a “hey now this it’s total BS, what else are you lying about?” conclusion.

Andrew Anglin said:
I don’t know how many people remember this
Click to expand...

Total Fascism FTW. I was all 'dis nigga gots to be FBI' LOL

Andrew Anglin said:
People don’t remember the internet of 2005 or whatever. It was a complete mess. There was virtually no good information, and the information that was good was lined with nonsense.
Click to expand...

True, but it was fun. There was Usenet, IRC, ICQ, etc.

I don't remember where I was alerted to the JQ, but it was around 1998 on an old Mac Performa and something lead me to David irving's stuff because he was still in the news from the Lipstadt lawsuit and I read stuff that got me fired up. But then, like you said, there was a dearth of info for quite a while. Or maybe I wasn't looking for anything because of the horrid (for me, anyway) Obama years.

Goyiminchains said:
Inevitably people will come to a “hey now this it’s total BS, what else are you lying about?” conclusion.
Click to expand...

Doubtful. Or if more people do wake up and see what's happening, they won't do anything other than hunker down and hope they don't get smited by the jewhammer.

People follow the crowd and the would-be agitators are slowly and methodically being neutralized by the ZOG apparatus, one way or another.

🐸 Citizen of the Internet 🐸
⏰☕🚬🚽🚿🪒🏋🏻
This situation of complicitly agreeing with the murder of one of our potential fellow travelers by simply pretending it didn't happen is bad obviously. I still remember quite well that here in Australia the jew/state media here were just pretending that the Canadian trucker protests weren't a thing. The silence was deafening, especially when clips and news of the protests where being spammed all around the internet at the time. People knew about the Canadian protests, and yet they still felt confident that they could just pretend that it didn't happen so that the negative sentiment of the lockdowns didn't spread further to the tv watching normies.

Cave Beast
🐸 Citizen of the Internet 🐸
⏰☕🚬🚽🚿🪒
Today my "news" feed ("feed?") sez that there's no evidence the kid was a Republican.
As if that were relevant.

Habakkuk said:
First heard about this book last year or sometime when Anglin made a post about his foundations of political understanding and related books. I looked for it at the time and couldn’t find it but appreciate the reminder because I just found it and download a copy. Looks like it’s going to be fascinating. He also mentioned that it is an influence on Ted Kaczynski
Click to expand...

I made it thru, like 60 pages.
It's not terrible. He makes many bold assertions that would be interesting if he had developed them more.
For me, the book reads like a list of bullet points, none of which is too obvious to need explanation.
I found myself responding "OK....why?" to virtually every paragraph.
He said two things that have stayed with me:
1. Propaganda ceases where dialogue begins (p.6)
and
2. the four presuppositions of the modern world: man's aim in life is happiness; mankind is basically good; history develops in endless progress; and everything is matter. (p39)
I find these ideas interesting, because I am a Christian.
The modern world is based in falsehood.

TCA said:
And fucking Taylor Marshall (!) is talking about "Communists," as in Chinese Communists.
At least I think he is, I didn't click.
Click to expand...

Yeah, it's another one of Taylor Marshall's blind spots, and it's a trap that Tradcaths fall into. The CCP has paid off the Vatican for the privilege of nominating Chinese bishops. Bergoglio desperately needs the money given the Vatican's finances have been a disaster for years, and were made even worse thanks to the covid hoax, so the CCP has naturally taken advantage of the situation. Marshall sees that as a bug, but a more discerning observer would view that as a feature. After all, who wants the Vatican nominating bishops??? Not any Catholic with a lick of sense.

The other thing is, Marshall fails to appreciate how the CIA skillfully wielded the Catholic Church as a bludgeon against the USSR. Pope John Paul II played a very meaningful role in bringing down the USSR, and the CIA was instrumental in getting JP2 into the job after they assassinated Pope John Paul I. It's entirely likely that the CIA has been working through the Jesuits and the sodomites in the Church to maneuver CIA assets into the ranks of the bishops and the College of Cardinals for as long as the CIA has existed. The Catholic Church has been fully instrumentalized by the CIA and the Davos/WEF/Transhumanists, and as such, the CCP is behaving exactly as they should behave, given that the Church has let itself become a weapon of political influence and subversion in the hands of China's enemies.

commiesmasher said:
Before /pol/ there were random pro-White forums like Stormfront. It started to get bigger around 2012, I noticed a lot of Dr. Pierce broadcasts being made into videos and posted all over YouTube. /pol/ was made in 2011 because people were posting pro-White content on all sorts of boards. I probably first started reading pro-White material in 2007-08. From what I remember, there was a lot more race realism stuff than exposing Jews, although there was "Holocaust" revisionist content.
I think that was a lot of Whites growing up in public schools around non-Whites and trying to understand why they behave so differently. All sorts of research on race differences in intelligence and behavior has been out for a while, and compiled very well in all sorts of books and articles, there's not much focus on it anymore. I mean if someone can't even accept that Blacks and Whites differ by more than just skin color, they're just too hopeless to understand anything.

The Culture of Critique was published in 1998 and then later in 2002, with "Understanding Jewish Influence" in 2004.

Nowadays there is more and better information, but it's harder to find because of censorship by Google/YouTube and Reddit.

Not sure if it was just me but around 2012 was when I noticed the shift among WNs from "Whites should have their own living spaces because non-Whites only cause us issues" to "Jews are basically causing all of our race-related problems and we're not going to get anywhere without addressing that."
Click to expand... 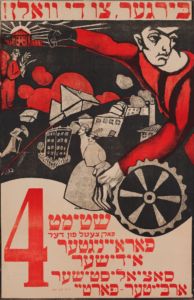 A Beginner’s Guide to the Jewish Question | Counter-Currents

5,861 words Introduction When approaching the Jewish Question, a beginner should keep in mind that the ultimate goal of his investigation should be the normalization of the white and Jewish populations. Normalization, in this case, means a state of affairs in which one population does not take...

Old World Underground
👑
🐸 Citizen of the Internet 🐸
🎩
⏰☕🚬🚽🚿🪒🏋🏻🥓💻⛪️
This case (and many other such cases) is like a replay of post WWI after they redrew the maps at Versailles. Displaced ethnic Germans first getting targeted with outrageous propaganda in the media then getting targeted, attacked, robed, raped and murdered with authorities/media not only ignoring the atrocities but greenlighting to the hordes to keep the violence all going. But sadly this time I don't see any young artist vagabond gathering support in the political scene ready to go when everything crashes

Cave Beast
🐸 Citizen of the Internet 🐸
⏰☕🚬🚽🚿🪒
Just skimming it, I know pretty much all of that stuff already. I guess it was just published yesterday, so it's very recent. I might recommend it to someone. A lot of normies have ADHD so long articles aren't going to work. When it comes to videos, "A Celebration of the Jewish People" by AltHype is good, and "Culture of Critique for Normies" also.

A Beginner’s Guide to the Jewish Question | Counter-Currents

5,861 words Introduction When approaching the Jewish Question, a beginner should keep in mind that the ultimate goal of his investigation should be the normalization of the white and Jewish populations. Normalization, in this case, means a state of affairs in which one population does not take...