Old World Underground
👑
🐸 Citizen of the Internet 🐸
🎩
⏰☕🚬🚽🚿🪒🏋🏻🥓
"Holy shit tacos, batman! Them racist moviegoers sure do hate diversity!"
Holy woke, Batman! Warner Bros SCRAPS $100m Batgirl movie because of shockingly bad test screen reactions - making it one of the most costly Hollywood castoffs EVER (and it won't even go to streaming)

The decision to axe the film — which was slated to be released on HBO Max later this year — came after a series of test screenings were panned by audiences, an unnamed source told the New York Post, and studio execs thought it would hurt the future of the brand as they seek to streamline the DC Extended Universe.

Batgirl was first given the greenlight in 2021 as part of a company-wide effort to create feature films specifically for HBO Max, Variety reports.

It would have featured Latina actress Leslie Grace in the titular role as she battled Brendan Fraser's Firefly who turned to a life of crime after he is fired from his job, loses his health insurance and could no longer care for his sick wife.

According to those who have seen the now-scrapped film, Michael Keaton's Batman was only featured in a few scenes — and did not serve as a mentor to Grace's Barbara Gordon, and the costumes were subpar.

'I'll say I'm not that surprised Batgirl got canceled as it features a woke Latino Batgirl and Barbara Gordon in a story that sounds downright awful,' Matt McGloin wrote for Cosmic Book News.
Click to expand... 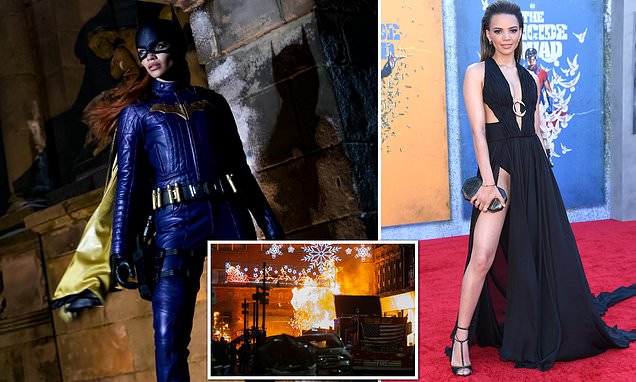 🐸 Citizen of the Internet 🐸
⏰☕🚬🚽🚿🪒🏋🏻🥓
It's kinda unfortunate, this one might have turned into a cult so-bad-it's-good classic.

🐸 Citizen of the Internet 🐸
⏰☕🚬🚽🚿🪒🏋🏻
Escaped True Master
This just fills me with a morbid curiosity to see it.

ItsAlwaysSomething said:
This just fills me with a morbid curiosity to see it.
Click to expand...

Now we can't even download it to satisfy that urge. LOL

Old World Underground
👑
🐸 Citizen of the Internet 🐸
🎩
⏰☕🚬🚽🚿🪒🏋🏻🥓
Apparently, they scrapped the new Scooby Doo thing too and are prolly going to do in degenerate Jew pervert Ezra Miller's Flash as well.

These latest reports also fuel speculations that David Zaslav may also take down The Flash from the upcoming projects of DC as the actor Ezra Miller is in big trouble now with several legal crises on his head. So to avoid any losses or controversies, the Boss of WB may take such a step.
Click to expand... 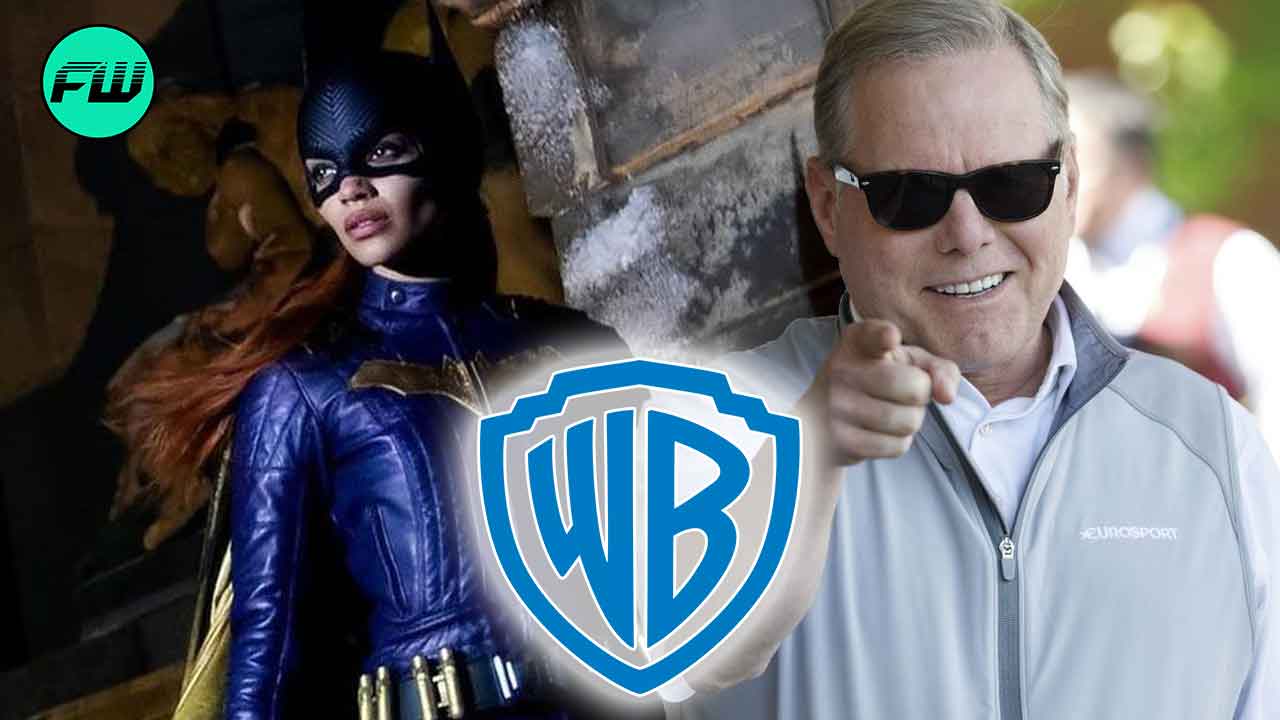 And the Beaner Batgirl movie was directed by a couple of camljockeys.

The makers of the live-action Batgirl and the animated Scoob! learned today that those films were being stopped in their tracks. The timing was particularly awkward for Batgirl co-directors Adil El Arbi and Billal Fallah. Both are in Morocco for El Arbi’s wedding — some wedding present — and they expected to return to the cutting room and continue work on the film that stars Leslie Grace, J.K. Simmons, Brendan Fraser and Michael Keaton.

There were initial cries that the scrapping of Batgirl carried bad optics because the title role is played by a Latina. But there were reasons for the move. In both cases, the filmmakers were told that it came down to a “purchase accounting” maneuver available to Warner Bros Discovery because the company has changed hands, and also changed strategy from the previous regime. This opportunity expires in mid-August, said sources, and it allows WBD to not have to carry the losses on its books at a time when the studio is trying to pare down $3 billion in debt across its divisions.
Click to expand... 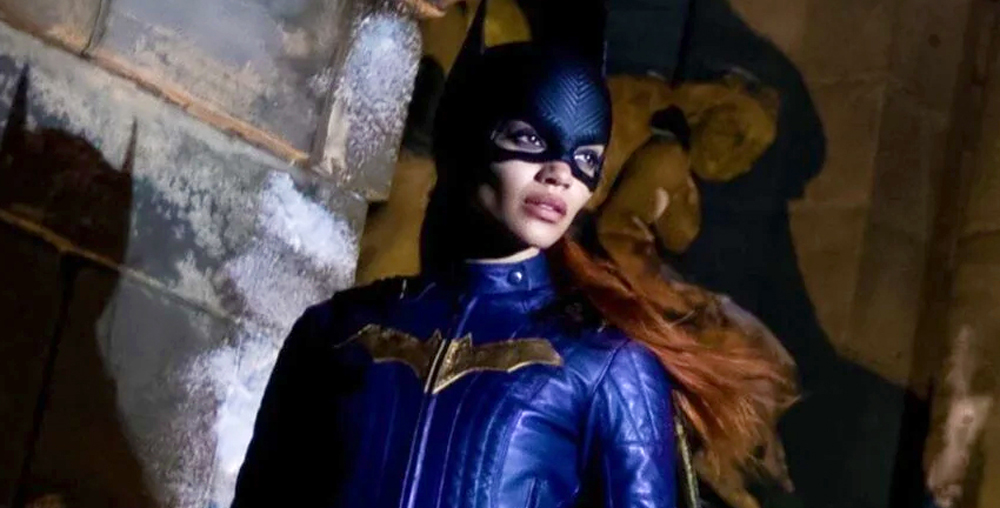 Why did Warner Bros scrap Batgirl and Scoob! Holiday Haunt? The cancellation by Warner Bros of two made-for-HBO Max streaming movies came as a shock to the town. There are several threads here, but…

Old World Underground
🐸 Citizen of the Internet 🐸
⏰☕🚬🚽🚿🪒🏋🏻🥓
They don't care about profits but a series of losers ridiculed because of goy rebellion to woke might break the spell, and show the goy they should live without this "entertainment".

Toothpuller said:
It’s bat-bean? I thought it was a bat-boon.
wiki says it’s a Dominican. So……. A bean-boon?
a bat-boon-bean?
Click to expand...

Dominican? So is it Vampire Batgirl?

Old World Underground
🐸 Citizen of the Internet 🐸
⏰☕🚬🚽🚿🪒🏋🏻
I really want to see an east Indian/Bollywood version of Batman. I'm laughing just thinking about it.

CryCzech said:
I really want to see an east Indian/Bollywood version of Batman. I'm laughing just thinking about it.
Click to expand...

2. I guess you gotta be Indian to appreciate that.

3. That is the ugliest Batman I've ever seen. 💩

Cathy said:
That is the ugliest Batman I've ever seen. 💩
Click to expand...

I believe he was voted 'most handsome man in India.'

🐸 Citizen of the Internet 🐸
⏰☕🚬🚽🚿🪒🏋🏻🥓💻
Escaped True Master
Why is GlobalHomo opsessed with showing "Afro-Latinos!🤢🤮🤬

Costs of promoting perversity and diversity got the (((You know who))) down. Now you only have to go one place for your daily dose of kosher propaganda.

After days of online scrutiny about the future of HBO Max, Warner Bros. Discover announced that a streaming service combining HBO Max and Discovery+ will launch in the U.S. in the summer of 2023 with other markets to follow.

Executives argued for the logic in combining the two streaming services and highlighted some of the franchises offered on each service, which were immediately mocked for tired and stereotypical depictions of each platform’s perceived audience.
Click to expand...

In his presentation, J.B. Perrette, CEO and President, Global Streaming and Interactive at Warner Bros. Discovery, added that “It’s only one part of our diversified approach.” The combined service, which doesn’t yet have a name, is set for a planned launch in the U.S. in the summer of 2023 with other international markets to follow; existing markets will launch before Warner Bros. Discovery focuses on new territories.

The announcement came during a Q2 earnings call as Warner Bros. Discovery executives addressed its plans for the company. Some of its planned goals are to explore a free, ad-supported streaming model and fully embrace the theatrical experience.
Click to expand...

When an investor directly asked why Batgirl was canceled, Zaslav emphasized that Warner Bros. Discovery wanted “protect the DC brand” and referenced several DC films he was excited about including Black Adam and The Flash, as well as the priority in protecting the DC brand, all without referencing Batgirl by name.
Click to expand...

Earlier this week, Warner Bros. shelved Batgirl, the studio’s upcoming film around the DC Comics character set for HBO Max that was well into post-production and already cost the studio around $90 million to make; the high cost was partly due to the pandemic. The animated film Scoob! Holiday Haunt also faced the ax, as did the third season of Little Ellen (which had already been made). The reason for canceling projects like Batgirl wasn’t because of quality but rather financial reasons. According to the Hollywood Reporter, Zaslav canceled Batgirl to “take a tax write-down on the $90 million film,” and it decided not to invest even more money into the film to make it fit for theatrical release.
Click to expand... 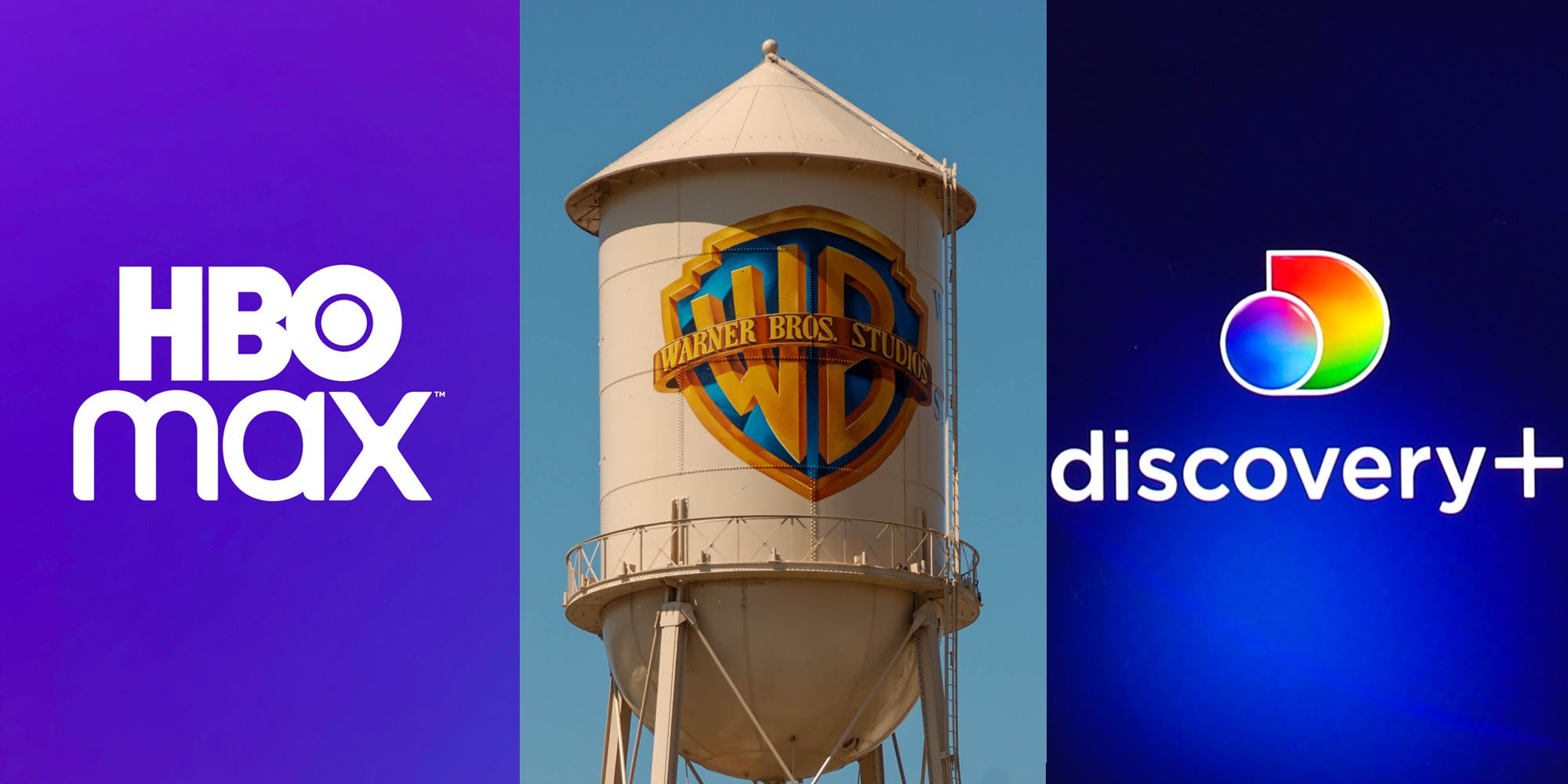 The new service will be launched in the summer of 2023.

🐸 Citizen of the Internet 🐸
⏰☕🚬🚽🚿🪒🏋🏻
Escaped True Master
Yeah they are trying to push more "Pitbull" videos on the Comics kids. This is not White America: