The Striker and Enoch Debate is Live Now

Broscience said:
Are the TRS goons doing some kind of after debate stream? I assume they are going to gloat and call this a major win.
Click to expand...

Couldn't watch, how was it?

Craniology said:
Couldn't watch, how was it?
Click to expand...

lmfao I literally tuned in for less than 2 minutes, during which the short haired antifaggot was taking loud and fast about how antifa isn't really marxist, then after the moderator barely got him to stop Mike so eehm so eehm agreed with him and a few seconds into his turn he got cut out by this dude who started ranting again so bad that he had to be muted and I aborted

Made me think back to years ago when I was listening to the S&M early double digits episodes, only podcast I followed from TRS as soon as the paycucks would deliver.
I remember clearly how he was saying that arguments ain't worth a shit and blood sports this blood sports that you have to dominate the conversation blablabla. This was him saving face after getting btfo by some jew Halsey who did him dirty.

So it was exactly what you could expect, basically. He hasn't learned a thing or taken his own advice for that matter and I saw enough of him to tell he's still just as fat lol
Last edited: Apr 15, 2020

Broscience said:
I assumed Mike gave him the last few lines of coke.
Click to expand...

Hans Frank said:
Fash the Nation has been quite good still but I'm pretty done with TRS. I feel betrayed.
Click to expand...

Oooosh....rly??? I just can't take jazzhands whining like a little bitch and the two of them with the smarmy, bitchy snipes at the Stormer without ever naming it. I did enjoy the deep dives with ethnarch though.

Old World Underground
🐸 Citizen of the Internet 🐸
⏰☕🚬🚽🚿🪒🏋🏻
Just got into the Q&A, this is so much worse than the debate even.

GlassvonBier said:
I stopped watching when that one lefty with a whiny high pitched voice claimed that China is an example of antifascism fighting against fascist Japanese and international capitalism making it the second biggest economy in the world. He also claimed since the chinese army had not only han chinese, but also tibetans and mongolians it means multiculturalism wins over fascism.
Click to expand...

Everything these people structure their world view after is just reverse-engineering back from what is or isn't fascist or racist. China's opponent was Japan, therefore the Chinese are anti-racist. It's really just tiresome. And this is the same guy that frames the whole debate by reminding everyone of the other's emotional state.
BTFO'ing someone like that irl can be fun but watching him sperg out for an hour... once a year is enough.

Staufer said:
I believe something useless like Political Science. But still, at least he graduated.

And Heimbach also just LARPed as rural working class blue collar guy. He's actually middle class. This whole living in a trailer stuff was just for the optics to appeal to white trash.
Click to expand...

The rural/blue collar bit was definitely a LARP, but the trailer was not. He has very little money. No one lives the way he was (I saw it firsthand) - with kids, no less - for any reason other than having to.
Last edited: Apr 15, 2020

Dog Catcher in the Rye said:
I don't get what the draw is to streaming debates.
Click to expand...

It goes back to the halcyon days when Trump actually held some promise for white people.

Dog Catcher in the Rye

bean_ shooter said:
It goes back to the halcyon days when Trump actually held some promise for white people.
Click to expand...

I didnt like it back then either. Written word is king.

Flash McQueen said:
Why is Striker yelling his opening statement?
Click to expand...

Hes all hopped up on coke

GlassvonBier said:
I stopped watching when that one lefty with a whiny high pitched voice claimed that China is an example of antifascism fighting against fascist Japanese and international capitalism making it the second biggest economy in the world. He also claimed that since the chinese army had not only han chinese, but also tibetans and mongolians it means multiculturalism wins over fascism.
Click to expand...

The Japanese army also had very many Korean and Taiwanese soldiers. Additionally, Japan controlled Manchuria and Mengjiang. So I guess that Japan wins on the diversity front?

But holy heck, that is a gay argument. Nationalist China did most of the fighting, and they had very good relations with Germany for a long time. The elite divisions of Nationalist China were literally trained by Germans and Chiang Kai-shek's adopted son served in the Wehrmacht. Chiang Kai-shek was preparing to destroy the communists when some of his subordinates took him hostage and forced him to form a united front with the communists against the Japanese.

Coltraine said:
You spergs and your goatee tangentialism is fascinating right now...
Click to expand...

They're not doing it right though. 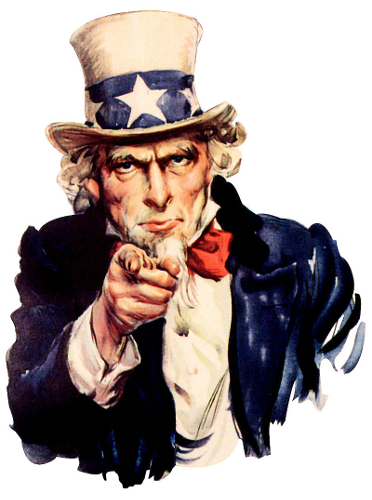 Broscience said:
Please tell me she was shaking her tiddies.
Click to expand...

I'm through talking about tiddies.

Kozer said:
I just said they are misguided and actively hurting our path to power and influence. That being said, antifa want us dead, or held at gunpoint. Its a distinction worth noting.
Click to expand...

It is also worth noting which is the bigger threat.

SabrinaVanZant said:
But these are the only people M & S will debate. lol
Click to expand...

Yeah faggot Striker refused to take that Chinese guy's call when he was on the Ralph show.

Mistaf said:
Edit: Only jewed American Buddhism is egalitarian but he wouldn't know this...
Click to expand...

Imagine saying that Buddhism is egalitarian.

Staufer said:
Striker should stop using philosophical terms. "Idealism" doesn't mean what he thinks it means. The leftist fag got him there...
Click to expand...

I have inside knowledge that he actually doesn't even know what vocabulary words mean, and uses them wrong in his writing. Similar to the way Mike Pieienovick uses memes wrong.

The Goy you love to hate

Flash McQueen said:
Why is Striker yelling his opening statement?
Click to expand...

I don't think he has a volume knob lol

Possessed by demons with the spirit of lies

Old World Underground
🐸 Citizen of the Internet 🐸
⏰☕🚬🚽🚿🪒🏋🏻🥓
Anglin doesn't like Mudoch Murdoch? Wonder what is going on there.

Yeah he's gonna need to keep telling himself his people are funny. And he's going to need to keep posting Star Trek memes.

Quinnotaur said:
I just can't take jazzhands whining like a little bitch and the two of them with the smarmy, bitchy snipes at the Stormer without ever naming it.
Click to expand...

Snark about coronavirus! They're still promoting millions dead! It's like parody!

Possessed by demons with the spirit of lies

Yeah I guess that's true. Where I give them credit is detailing how the FED has put their stock assets into Blackrock and Vanguard and just retains magic shares in these (((investment))) groups. I just ignored the bitchy snipes at the Stormer. Not giving them money so I don't care all that much.

Broscience said:
At least they brought up Watson. They should know enough to say that 12 loci is nothing. Go to a 1,000 and you'll never confuse a White man with a nigger.
Click to expand...

I think that TRS has abandoned HBD and race as a main talking point. They really seem intent on promoting socialism and maybe raceblind counter-Semitism. On one of Ryan Faulk's recent videos, there was a comment that asked him about getting a podcast on TRS. Ryan then replied that Mike wouldn't even talk to him anymore and was offended by some unspecified things. That sounded a lot like what Musonius told in the mega thread about TRS demanding an apology for some reason and Mike's treatment of DS over the Morrakiu and Jim Object thing. TRS previously credited Ryan Faulk with red pilling them on race and doing a lot of data work on race and even correctly predicting the 2016 election, so it's weird that they suddenly refuse to acknowledge him now.

I saved a screenshot for the old mega thread, but the site was down at the time, and I forgot to post it later.