⏰
The assertion that drinking pure distilled water is harmful because of its "leaching" minerals from the body seemed preposterous on first sight and it could possibly be misinformation created and covertly disseminated by sellers of bottled mineral water. After all, the Corona-phobia hoax shows the media's success with a different sort of fear-mongering.

Or it could be simple naiveté. The passage of water through the body after intake cannot be analogized to something you could call the Melitta Model where the body is like a coffee filter through which hot water is poured, "leaching out" a palatable beverage from ground coffee beans.

Maybe a person believing in that idea has no knowledge of physiology or metabolism, and they're unaware of the complexities involved in maintaining homeostasis, which amounts to basically staying healthy and in balance with one's environment(s) ... only one aspect of which is a person's diet of ingested food and water.

For example. Water intake needs can vary significantly by season especially if a person is outdoors and active in hot weather with a lot of sweating. And drinking too much water can be harmful just like drinking not enough, but your body has mechanisms by which it can try to maintain its health either way. In my youth doing manual labor in the summertime there were some people on the crew who were drinking water and peeing all day long while some seemed to hardly drink anything at all. Their bodies adapted.

Let your body tell you if a certain type (and amount) of drinking water is good for you by how you feel. Some on this thread said distilled water tastes "flat" and they don't like the way it tastes. Well, maybe those people are craving a mineral water.

P.S. Dissolved minerals in water intake don't necessarily go out the way they came in. I take epsom salts every day in water, magnesium sulfate heptahydrate, MgSO4·7H2O, which wikipedia says readily loses one of those seven water molecules to become the (more Satanic?) hexahydrate. Well, It's not gonna be excreted as mostly the sulfate because the sulfate will get stripped off and then further reduced to sulfur and oxygen. Melitta Model No Good!
Last edited: Aug 31, 2020

⏰
Almost true. If i take just a few grams of epsom salts which my body seems to need, because it makes me feel good, then it's metabolized and the Mg is stripped off. But if i take a laxative dose of it, then it's excreted pretty much the same as it went in. And the reason for the laxative effect of larger doses is my body recognizing that it's more than is needed for healthy function and acts accordingly.

Iconoclast said:
Thanks! I have a distiller that is full of gunk, we use it only occasionally and no one has bothered to clean it out. Can you let me know about the mineral depost cleaner? I was thinking of using CLR, but I hesitate becasue I don't want to contaminate the reservoir with god knows what toxins.
Click to expand...

CLR and LimeAway are both food grade acids and fine to use to clean your distiller, or mineral deposits anywhere. Just rinse well when done. Alternatively, you can use white vinegar, but it's slower because it's not as strong/acidic.

⏰
The reason it merited the terms paranoid delusional and preposterous is that it inverts the agency in the interaction and makes the water the active principle, the one instigating the change, while the human body being "leached from" is the passive object of the action. If it's the brainchild of a marketing guru, i'd bet any amount even money that he's jewish. Brilliant in its misdirection.

UnCL3 said:
It tastes like it does because there are zero minerals and no electrolytes, which your body needs. 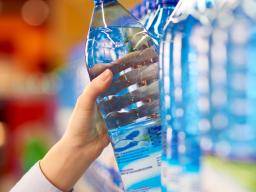 Can you drink distilled water safely?

Drinking water is the best way to stay hydrated, but there are several different kinds of water. So, does it matter what water you drink? In this article, we look at distilled water, the risks and benefits, and how mineral and metal content of water may or may not replace what the body losses in...

I'm lucky. I drilled a well on my property, the water is super clean, and tested close to "soft" with no contaminents, sulphur, or iron. Tastes as good as Ozarka bottled water. I only do basic 2-stage filtering with 20 and 10 micron filter cartridges.
Click to expand...

Another caveat about getting electrolytes from water, though, is that the electrolytes will get into your blood and to the tissues way faster while drinking something with electrolytes. This is why Gatorade is so helpful for athletes.

Now if you are fasting from food, that is a whole nother story, and yeah, check out Snake Juice and you need to be getting those electrolytes or you are gonna have a bad time.

The experimental conditions by which electromagnetic signals (EMS) of low frequency can be emitted by diluted aqueous solutions of some bacterial and viral DNAs are described. That the recorded EMS and nanostructures induced in water carry the DNA information (sequence) is shown by retrieval of that same DNA by classical PCR amplification using the TAQ polymerase, including both primers and nucleotides. Moreover, such a transduction process has also been observed in living human cells exposed to EMS irradiation. These experiments suggest that coherent long range molecular interaction must be at work in water so to allow the observed features. The quantum field theory analysis of the phenomenon is presented.

A novel property of DNA is described: the capacity of some bacterial DNA sequences to induce electromagnetic waves at high aqueous dilutions. It appears to be a resonance phenomenon triggered by the ambient electromagnetic background of very low frequency waves. The genomic DNA of most...

Water in your body is not water from your tap, god made structured water to run your systems.
Cholesterol is part of the engine or battery.
And the correct voltage across cells is vital to healthy living, 5g interrupts your body's cellular signaling or battery.
Depending on who you are and how you are made up , the 5g pulsed waves could effect your cells differently.

Cave Beast
🐸 Citizen of the Internet 🐸
⏰☕🚬🚽🚿🪒
Just adding my two cents to this interesting discussion. . .

After having been reawakened to this question through one of Anglin's Self-Help Sunday's articles, I took a closer look at all the water I come in contact with. I did a lot of reading, both of research and forums, health sites and also asked around. What I landed on was simply buying gallons of spring water bottled a few hours a way from my home for drinking and using a heavy filter on my shower. The water is about a $1 a gallon. Fast forward a few months, I now mainly drink Gerolsteiner spiked with salt and lime, with some bottled spring water.

My wife has a Berkey filter, which is great. It's a big one, 2.5 gallons I think.

Personally, my research found that the filtration systems you can buy and install are not worth it. Additionally, the one's I've actually lived with tended to be a minor hassle. What's the hassle worth if you're still getting the toxins you're trying to avoid? Instead, I say buy spring water from nearby. Companies selling at your local grocery store often bottle from a nearby source and post their data online. There is going to be minimal if any leeching by the time you get it. The water is going be a lot better too.

Florida is a negative ion?

Old World Underground
🐸 Citizen of the Internet 🐸
⏰☕🚬🚽🚿🪒🏋🏻🥓
Been drinking RO water the whole time in Mexico, because aybody knows you can't drink the water in Mexico, even tho no one ever asks WHY NOT.

Still doing it up here in Flahdah, cuz for some reason in the trailer park I'm living in you can't drink the water. So I've been going on twenty years of nothing but RO water, am I OK?

Blackbeard said:
Been drinking RO water the whole time in Mexico, because aybody knows you can't drink the water in Mexico, even tho no one ever asks WHY NOT.

Still doing it up here in Flahdah, cuz for some reason in the trailer park I'm living in you can't drink the water. So I've been going on twenty years of nothing but RO water, am I OK?
Click to expand...

RO needs correct filtering. not all filters are the same and can leach crap from the use.

I'll hunt my water guru podcast up regarding RO

Putting the BEST back into bestial

Cave Beast
🐸 Citizen of the Internet 🐸
⏰☕🚬🚽
It's not like distilled water travels throughout your body as distilled water leeching out valuable nutrients. As soon as it enters your body it becomes part of your "digestive soup" traveling from your stomach to your intestines. It's no longer distilled water. It passes through membranes in your body into your blood stream. Your cells dump waste materials into your blood. Your kidneys filter out the water and waste materials. You pee it out. It's not any different than drinking other water except that it doesn't have heavy metals, volatile organic compounds, calcium/magnesium, electrolytes, or trace elements. If you eat healthy foods, you get everything you need anyway.

It doesn't affect the pH of your bodily fluids because your body has buffers to keep everything within the necessary pH. The alkaline water thing is mostly a scam, although it can help with GERD and a few other health issues.