THE DISSIDENT RIGHT’S NEXT MOVE

I think that, as long as somebody doesn't explicitly reject the idea that whites have the right to self-associate, they're dissident right.

(The rejection of SCIENCE! is long overdo, and separates the Gen X/Boomer wing of the dissident right from the rest.)
Click to expand...

The creation of what is effectively a secular religion with its own caste of druids (scientists and other public intellectuals) is one of the defining elements of the modern Left.

It argues from entirely unexamined premises, and this deification of Science! should be easily countered with its numerous and well documented failures in the past. "The science is clear on <cutting off little boys' dicks and injecting them with estrogen> <manmade climate change> <race is a social construct>" should be countered.

In the mid 20th century, a point by which humans had already mastered spaceflight -- so we're talking about technologically sophisticated people -- the "science was clear" that the optimal treatment for people with mental illness was to literally cut out pieces of their brains. The even awarded a Nobel Prize for it. And this at least had some misguided rationale behind it, whereas most of the modern shibboleths of Science! fail even a cursory examination.

Italo-Canadian said:
First things first, NO - and I mean no! - Quebecois love the Catholic Church other than old women and a very fringe group of young people. They take pride in telling you that they put that behind them - as if they're infinitely better without the Church because now they drink beer and smoke weed. They're definitely racist, but it's their own brand of racism/linguicism; they'll treat an Algerian better than you because he speaks French while you don't. They do hate Anglo Culture while being thoroughly infected with it (to an extent that you don't see in Europe); if you point it out to them they'll literally tell you with a straight face that they're allowed, because it's their province. The women are hot - it may be their only redeeming feature - but that also makes them crazy, and there is no check on their craziness because it is by far the most hedonistic province in the country.
Click to expand...

Couple of things. First, back in 2009-2011 I first became aware of strong French Separatists in Quebec thanks to some Facebook groups. I always knew about the Quebecois wanting to breakaway, but didn't fully comprehend how deep this went. As I am sure you are aware, Trad Catholics love the Quebecoise because they aren't "Anglo"/"Masonic"--these words are used interchangeably in these circles. It has been my experience that much like the Irish, the Quebecois really have no use for the church.

Second, one of the odder things about (some) in Trad Catholicism is how Catholicism trumps everything. Case in point, (some) of these people will dump allover anything/anyone they deem Anglo/Masonic for anything anything/anyone that/who is Catholic. Case in point, their love of Hispanics-under the guise that they will make America "Catholic". Much like the Quebecois you describe who will treat an Algerian better because he speaks French.

Al_Bundy said:
We all know we are to the right on the political spectrum, but we need to not make that a point of focus, we need to make others focus on our other strengths. Bringing America back to it's roots with traditional Christian values and patriotism. Don't need to mention jews. It's part of the plan of course. (The plan is removal).
Click to expand...

We know the Jews are the core problem, but very few of the current faces of this agenda are Jewish. I don't think anyone can say that Bill Gates is not the most important player on earth right now, and he is not Jewish.

But people should be talking about the coronavirus, and most of these faces are not Jewish.

The Jewish issue is the most difficult for people to handle, because it is the one where they were most indoctrinated.

Jozef_Tiso said:
I first became aware of strong French Separatists in Quebec thanks to some Facebook groups. I always knew about the Quebecois wanting to breakaway, but didn't fully comprehend how deep this went.
Click to expand...

Separatism is a Quebecois boomer thing mainly - with the younger generations it's mostly died out. The separatists are as serious as the Irish; they claim they want independence from the Anglos to preserve their "culture," but the truth (like with the Irish) is that they're killing their culture through their own actions (the Anglos aren't forcing them to let in thousands of Haitians or Tunisians because they speak French). The reality is separatism only comes back on the radar when the economy is weak; the Quebecois like the Irish blame their general level of incompetence on the Anglos - you can say what you want about the Anglos, but they're commercially proficient - so they believe they'll be magically well-off when they have their own country. The Irish have their own country and their main strategy for prosperity has been to be a corporate tax haven - why so serious???/

SNESChampion said:
Yeah. I'm sure you've seen that Richard Spencer has been bully-cided by the Antifa who beat him up (and made him run away in terror) into joining the side of Antifa, and is now pushing the Jew-created vaccine, as well as arguing for the continued persecution of the Capitol Hill protesters, and on and on.

The alt-right is long dead, for sure. You were right about that one.

I use "dissident right" in the same context I used "alt right" before: As a general term for right wingers who actively reject modern orthodoxy on
>feminism
>race
>LGBTQism
>anti-Christianity
and, now, thankfully,
>SCIENCE!

I think that, as long as somebody doesn't explicitly reject the idea that whites have the right to self-associate, they're dissident right.

(The rejection of SCIENCE! is long overdo, and separates the Gen X/Boomer wing of the dissident right from the rest.) 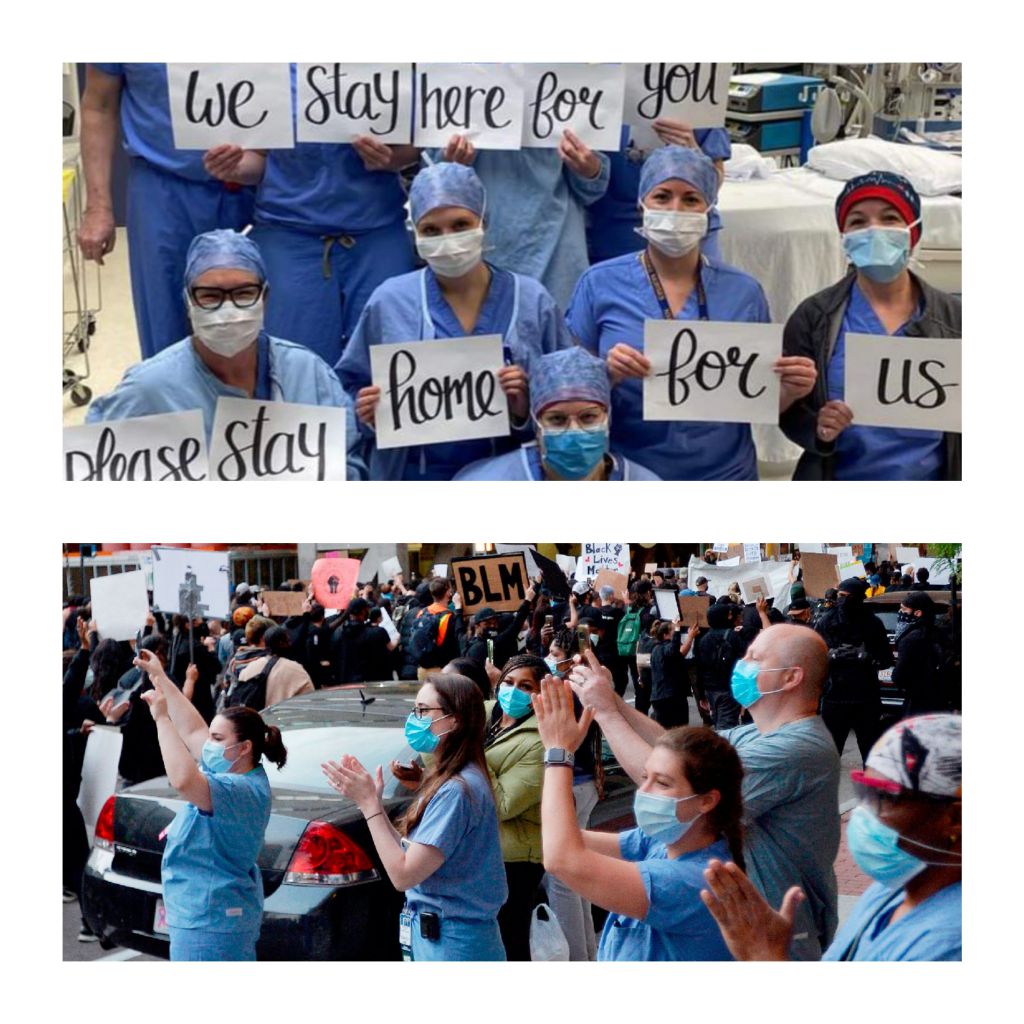 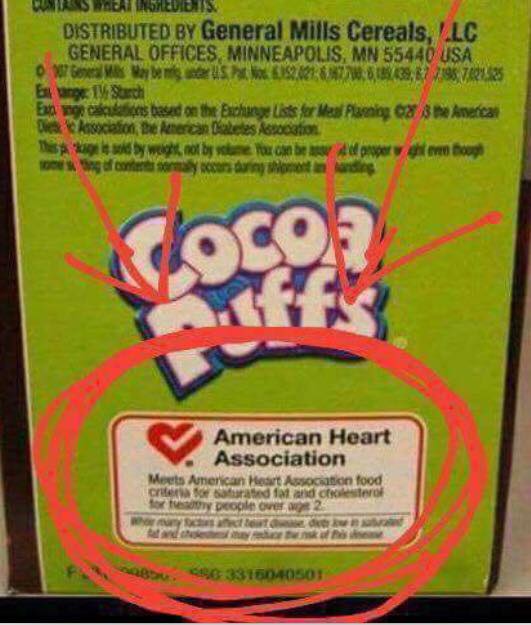 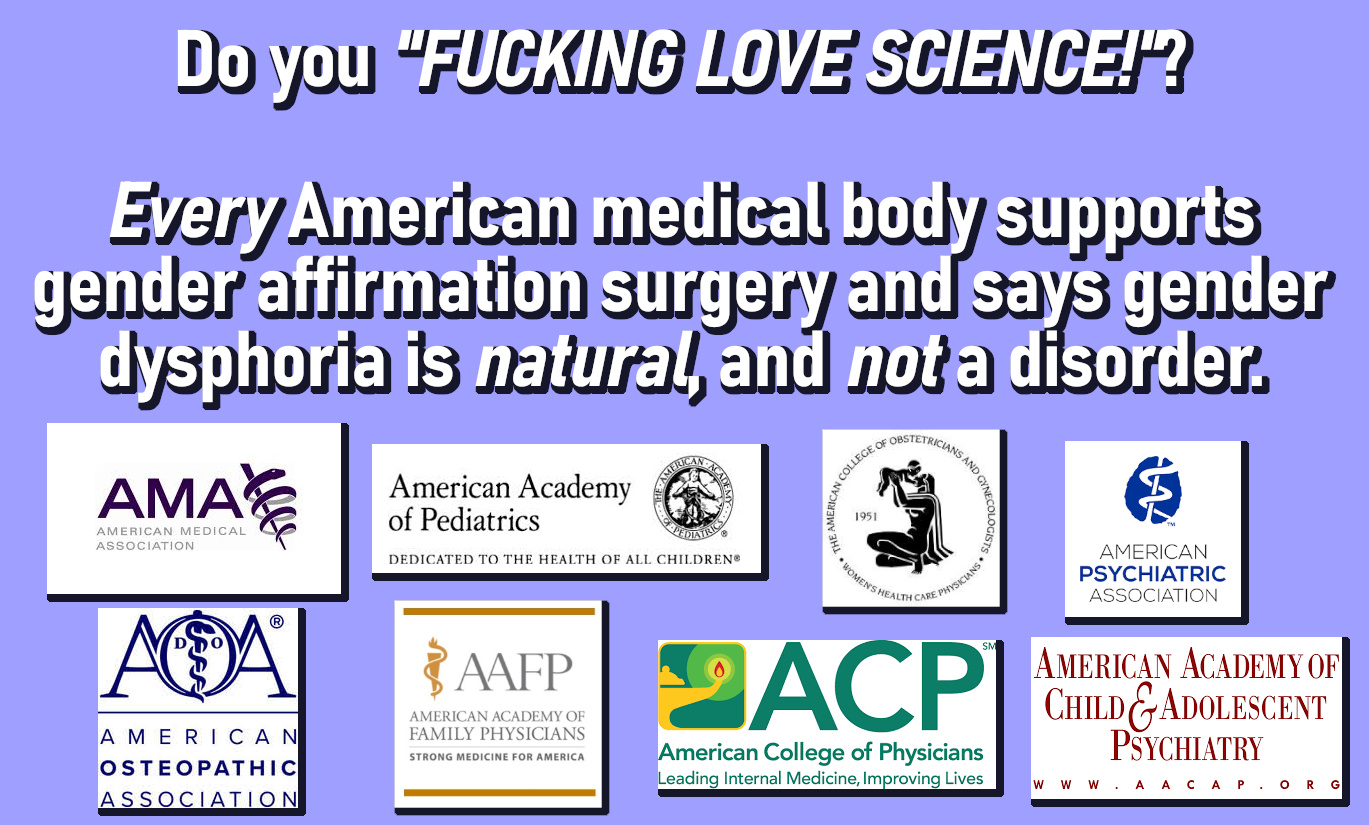 You've been on top of these neo-Nazi vaccine shills and taken some flak for it. I can't remember the exact thread(s) but I found this post when searching.

Anyway, many of these neo-Nazi fags will not deny this when they are confronted with it so that's how we know you are correct. They are science worshippers through and through. That is a big difference between us and them. It's something we should be proud of.

I think it was and is a variation of Mao's Hundred Flowers Campaign in the late 1950s. 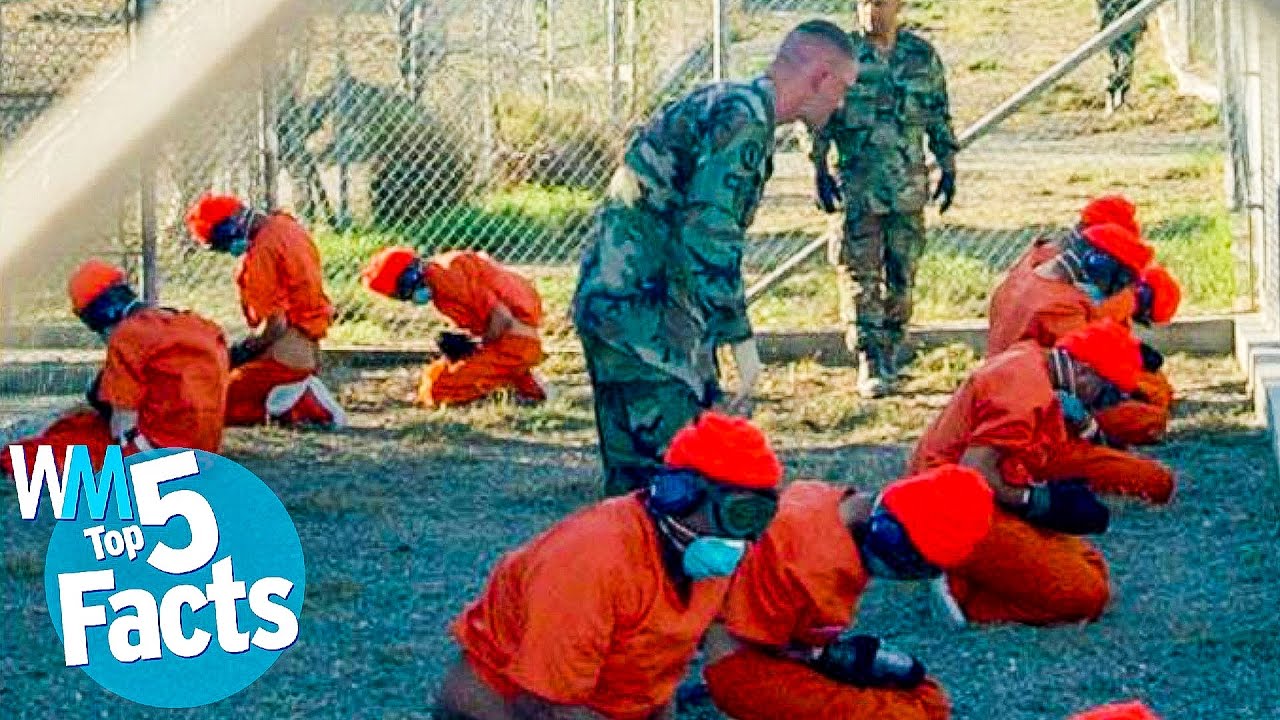 👑
🐸 Citizen of the Internet 🐸
🎩
⏰☕🚬🚽🚿🪒🏋🏻🥓💻⛪️🍖 💻🥩
Destructive Ceremonious Master
I just figured it out... final proof that we are being de-humanized as part of a satanic conspiracy. Look at the gitmo prisoners, they are wearing goggles and muzzles in order to humiliate them!!! Sound familiar?

Considering COVID goggles? Learn why and how to protect your eyes during the coronavirus pandemic. 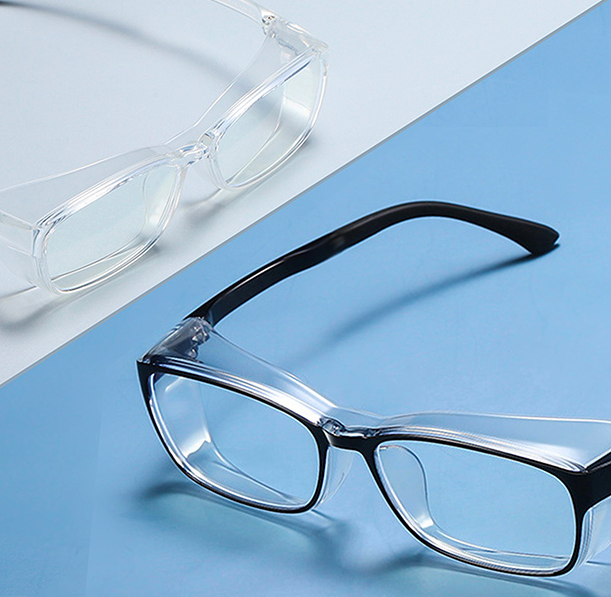 They are also wearing ear muzzles! And guess what!!! 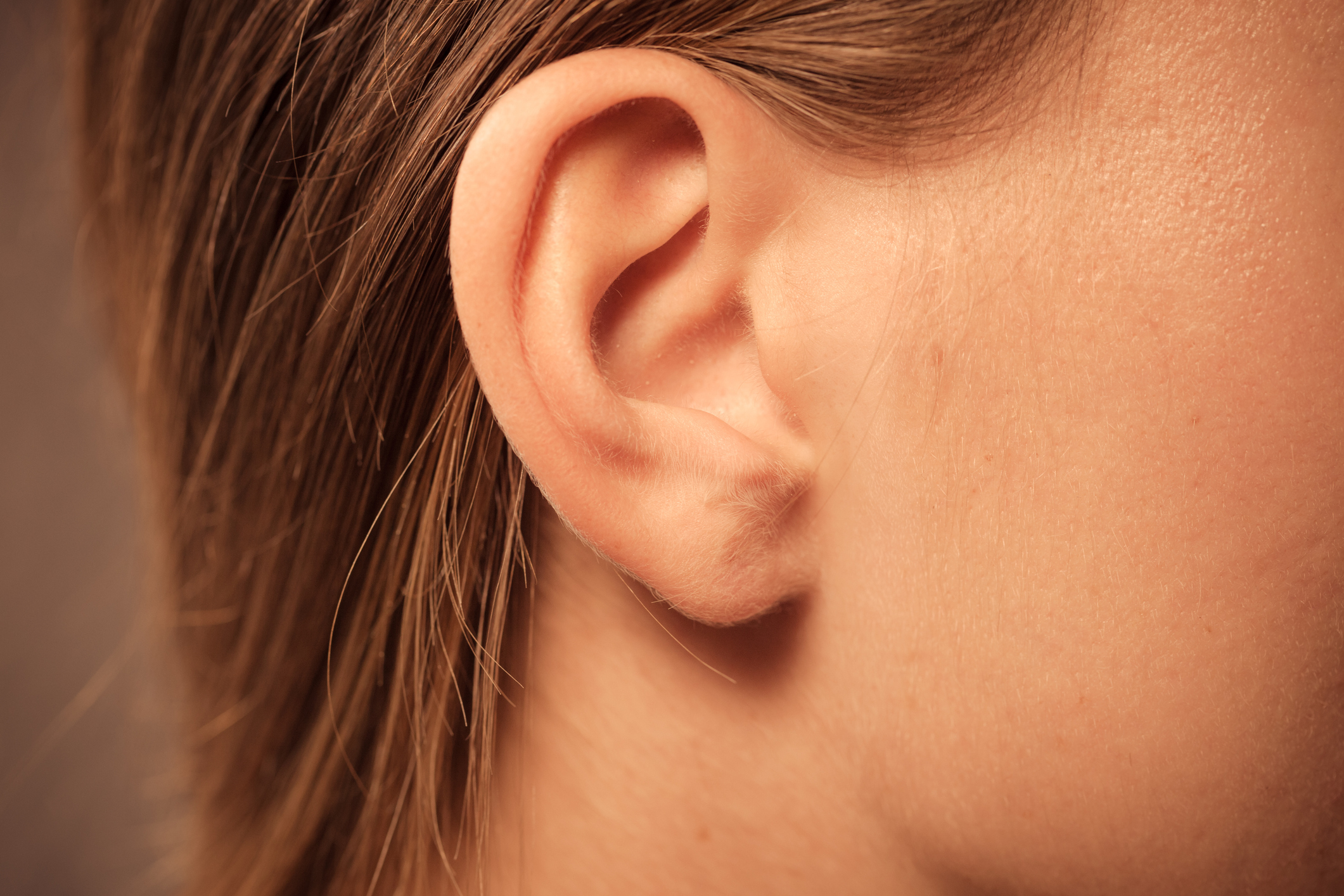 The team had to use tools and techniques dating back to the early 1900s, as those which surgeons usually use are not safe during the COVID-19 pandemic. 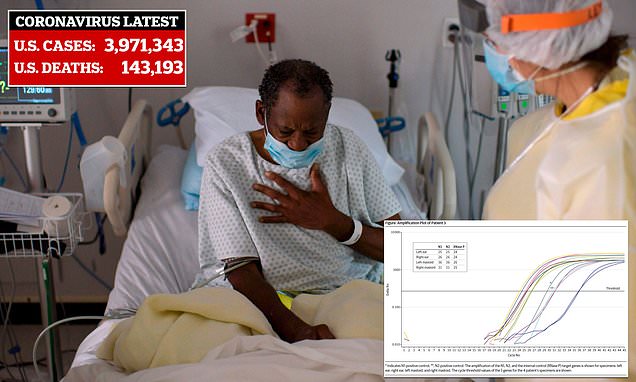