CharlesWorthing said:
Perhaps they are going to ratchet up cold war tension to supplement flagging Covid fears?
Click to expand...

The Cold War was used a pretext for fear-mongering, domestic spying, government secrecy, huge "black budgets" for the spooks, and Deep State criminality, just like 9-11 and, to some extent, the virus. The Cold War was profitable for the Jew financiers and defense contractors. It gave Jews the opportunity to portray Israel as our great ally against "Soviet Russian aggression" in the Mideast. The Jews didn't see Russia as an evil empire when they were in charge of it.
Last edited: Apr 30, 2021

Old World Underground
🐸 Citizen of the Internet 🐸
⏰☕🚬🚽🚿🪒🏋🏻
A little radioactive disinfection mightn't be such a bad thing. Gotta admit, I've been thinking lately if we are in hell or purgatory, clown world just doesn't cut it anymore.

Btw, this is something that an Arab strongman alla Ghaddafi or Saddam would never refrain from doing.

Italo-Canadian said:
I wouldn't be surprised (based on the psychopaths in charge) if the Biden Jews/spooks nuke an American city before any hostilities break out and blame it on the Russians.
Click to expand... 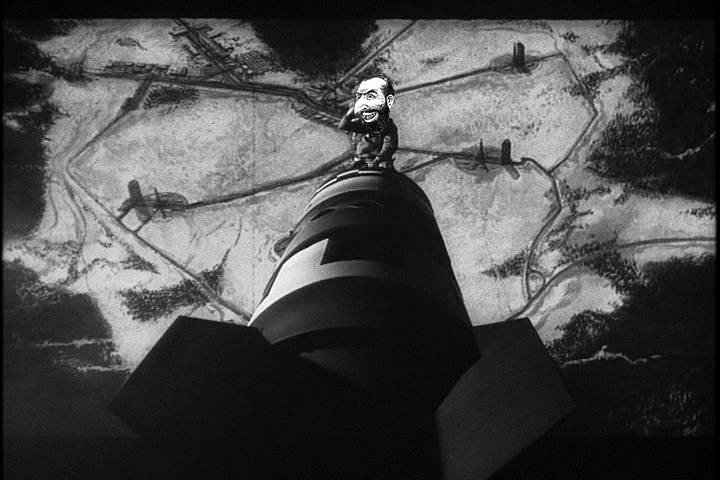 Pandadude12345 said:
One of my classmates said something akin to: "How is a nuke gonna be deterred by Desks?" in 7th grade.
Click to expand...

Just like the Mask Protocol today in America (and elsewhere), this thing during the Cold War where ZOG had American children just hiding underneath their desks all the time during school hours almost every single day was very much a form of social engineering too.

It is/was getting low-info, young, and impressionable Americans into the "correct" mindset for later on when ZOG does something else in the future. At the very least it was getting them to voluntarily submit for often arbitrary reasons.

KryptoKyke said:
The Cold War was used a pretext for fear-mongering, domestic spying, government secrecy, huge "black budgets" for the spooks, and Deep State criminality, just like 9-11 and, to some extent, the virus. The Cold War was profitable for the Jew financiers and defense contrators. It gave Jews the opportunity to portray Israel as our great ally against "Soviet Russian aggression" in the Mideast. The Jews didn't see Russia as an evil empire when they were in charge of it.
Click to expand...

Also the Cold War just gave the State of Israel itself a free hand in much of the Middle East to start moving forward with its "Greater" Israel plan. It was a huge distraction for normie Americans which ultimately prevented them from further realizing what a sheer menace to world affairs that the new Jewish State actually was.

Old World Underground
⏰
Nukes are fake and gay. Worry about your food supply instead.

Building a bomb shelter is still a good idea. Certainly more useful than a swimming pool or a tennis court . During World War 2 the British built many small bomb shelters. They turned out to be very useful as root cellars.

KryptoKyke said:
The Jews didn't see Russia as an evil empire when they were in charge of it.
Click to expand...

No but you forget that, for most of the Cold War (early 1950s-1991), the Jews weren't in charge of the USSR. By the time Stalin died, the Jews (who were largely Trotskyists) had been purged from positions of power. And where did the Trotskyist Jews flee to during Stalin's purges? That's right--America. Eventually these Trotskyist Jews rebranded themselves as "neoconservatives", and under that banner, took up the cudgel against the USSR, eventually hijacking the Reagan administration where they brought an end to the Cold War.

Really it was the Deep State, and not the Jews, who wanted the Cold War to continue, because they were the ones who actually profited from it. For Deep State, the USSR was like a goose that lays golden eggs. The Trotskyist Jews on the other hand couldn't see past their hatred of the Russians who essentially kicked them out of their own communist project. Worse, the Trotskyist Jews had never really put themselves in a position to profit from the USSR so they had no material reason to support it either. What the Jews did understand was that the corpse of this "golden goose" had some serious breakup value, and they profited enormously by putting themselves in a position to loot the corpse of the USSR after they successfully killed it.

It's important to understand all this because the fate of the USSR is very instructive in helping understand how Deep State and the Jews--who generally work hand-in-hand--will from time to time end up in conflict with each other. And in this specific case, it was the Jews who came out on top.
You must log in or register to reply here.
Share:
Facebook Twitter Reddit Pinterest Tumblr WhatsApp Email Link
Top