Social media users in Belarus could potentially find themselves facing lengthy stints in prison for signing up to accounts belonging to banned political groups and media outlets on services like Twitter, Facebook and Telegram. 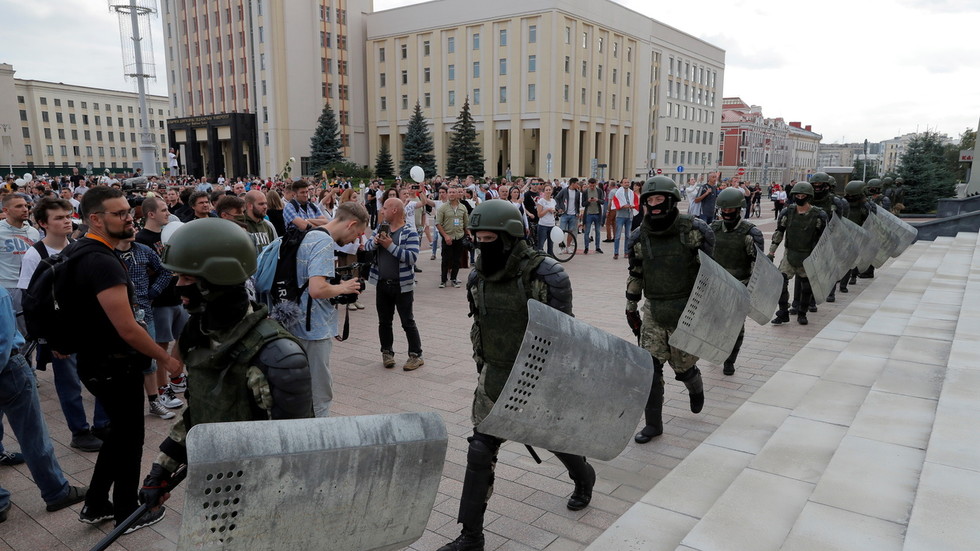 Social media users in Belarus could potentially find themselves facing lengthy stints in prison for signing up to accounts belonging to banned political groups and media outlets on services like Twitter, Facebook and Telegram.

In a statement released on Wednesday, Minsk’s Main Directorate for Combating Organized Crime said that the new rules had been signed into force. “On October 12, the Council of Ministers adopted a decision on measures to combat extremism and the rehabilitation Nazism,” officials said.

“As a result, the directorate has begun work on recognizing unregistered groups of citizens engaged in extremist activities, including using online messenger apps and social networks,” the message reads. Those using Telegram channels to participate in discussions and share news will be prosecuted and face up to seven years in prison, the authorities confirm, adding that “those subscribing to extremist channels and chat rooms will face criminal prosecution!”

A number of popular opposition-backing websites and social media accounts have been designated as extremist in recent weeks, including Poland-based NEXTA and one of the country’s most-read outlets, TUT.by. Citizens could soon be sent to jail just for following their accounts online.

Earlier this month, a Belarusian reporter working for the local branch of Russian newspaper Komsomolskaya Pravda went missing while on a trip to Moscow, shortly after his apartment back home was raided by security forces. He has since reappeared in a jail in Minsk and is understood to be facing charges of incitement to hatred and insulting government officials. His editors claim he was abducted while in Russia, while the Kremlin has said it has no evidence either way.

The jews spread corona only to force their Israeli-made vaccines on us later on.

Besides, why is banning the tech companies themselves not an option?

🐸 Citizen of the Internet 🐸
⏰☕🚬🚽🚿🪒🏋🏻🥓
Escaped True Master
There’s no human government on earth that will not degenerate in Technopolis. I hate to see it this way but I don’t see how it could be prevented.

"is understood to be facing charges of incitement to hatred.."

But they really should just ban Silicon Valley Big Tech as CIA-inspired foreign interference. As Mr Anglin has said, a reason China is so internally stable is that it has control over its own social media. They get to decide what is trending, what is shadowbanned, etc.
You must log in or register to reply here.
Share:
Facebook Twitter Reddit Pinterest Tumblr WhatsApp Email Link
Top