Russia not planning to return its ambassador to America 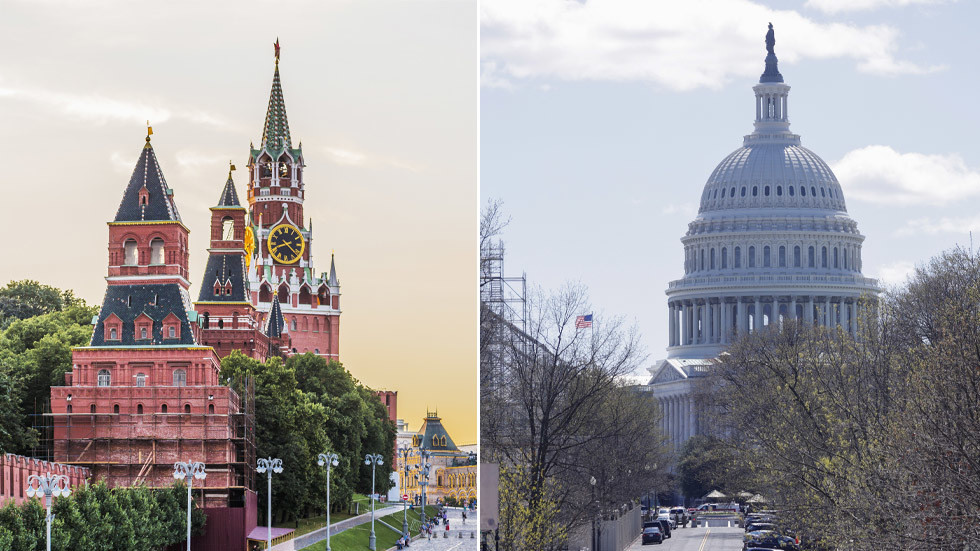 Russia unlikely to send recalled ambassador back to Washington without clear sign US ready for bilateral relations, Moscow insists

Russia’s Foreign Ministry has revealed it has no plans to restore full diplomatic representation in Washington until it sees evidence that the US is interested in building constructive relations between the two countries.

Russia’s Foreign Ministry has revealed it has no plans to restore full diplomatic representation in Washington until it sees evidence that the US is interested in building constructive relations between the two countries.
Deputy Foreign Minister Sergey Ryabkov was asked by RIA Novosti on Wednesday whether Ambassador Anatoly Antonov would return to America in the near future, having been recalled in March amid a growing diplomatic row. “This is not a question for the next few days,” he said.
Click to expand...

“The timings will be determined based on what steps Washington plans to take on the bilateral track,”
Click to expand...

he continued. “We expect that they are still able to demonstrate a desire to at least relatively stabilize our relationship and that they will do something visible and noticeable in this regard.”
Click to expand...

Antonov flew to Moscow for a series of crunch talks with senior officials in the days following US President Joe Biden’s interview with the ABC news network, in which he was asked whether he believes Russian President Vladimir Putin is a “killer,” and replied, “Mmm hmm, I do.”
Click to expand...

The American leader also said he had warned the Russian president that the US would potentially take action if it found evidence of Moscow’s interference in the US election. “He will pay a price,” Biden added.

His comments came as a joint report by Washington’s spy agencies, including the CIA and the Department of Homeland Security, was declassified and made available to the public. It declared that Russia attempted to influence the 2020 US election with the aim of “denigrating President Biden’s candidacy and the Democratic Party, supporting former President Trump, undermining public confidence in the electoral process, and exacerbating sociopolitical divisions in the US.”
Click to expand...

Since then, the US has imposed sanctions against a group of Russian officials that it claims are responsible for the jailing of opposition figure Alexey Navalny and alleged “human rights” breaches in the policing of the protests after his arrest.

Washington’s package of measures also targeted companies and a state institute it says are engaged in “the production of biological and chemical weapons," as well as “activities that are contrary to US national security and foreign policy interests.” The Kremlin strongly denies that such a program exists.
Click to expand...

An unnamed official told reporters at the time that “the United States is neither seeking to reset our relations with Russia, nor are we seeking to escalate.”
Click to expand...