Christina Bobb, an attorney-turned pundit who has supported Donald Trump, said there are more attractive women "on the conservative side" than the left as a host heaped praise on Marjorie Taylor Greene.

The remarks were made on Right Side Broadcast News (RSBN) during reporting on the former president's rally in Wisconsin.

Bobb worked in law, including a period in the Marine Corps as a Judge Advocate, before moving across to political punditry.

Speaking to RSBN correspondent Brian Glenn live from Friday's rally, she said: "The men on the conservative side are alpha males, they drive big trucks, they hunt, they fish, they do all that.

He added: "I could not put it any better, and I'm glad you said it and not me. I don't want this to sound disrespectful at all but when you look at the conservative women in the movement right now; they're beautiful, they're strong, they're fit, they exercise.

"Marjorie Taylor Greene, follow her on Instagram and social media. She takes care of herself, versus a lot of the politicians on the left look pasty, like they've never gone outside for an ounce of sunshine."

A clip of the exchange was posted on Twitter by Ron Filipkowski, sparking anger and mockery from other social media users.

A third said: "Conservatives always admire the superficial; how someone looks, how much money they have, etc. Democrats are all about character. We admire those who treat others with kindness and compassion. That's what really matters in life."

Trump held his rally in Waukesha, Wisconsin to support Tim Michels, who is fighting Rebecca Kleefisch for the Wisconsin Governor Republican nomination in November's midterm elections.

Marjorie Taylor Greene, who was elected to represent Georgia's 14th congressional district in 2021, spent her Friday at a CPAC rally in Austin.

Talking about recent criticism she has faced, the Congresswoman said: "When I said that I'm a Christian nationalist, I have nothing to be ashamed of, because that's what most Americans are."

Hungarian Prime Minister Victor Orban also appeared at CPAC, where he told his audience "the globalists can all go to hell, I have come to Texas."

Orban's appearance was highly controversial after he used a speech in Romania to say Hungarians "don't want to be a mixed race".

In response Zsuzsanna Hegedus, one of Orban's advisers, resigned branding the speech "a purely Nazi diatribe worthy of Joseph Goebbels". 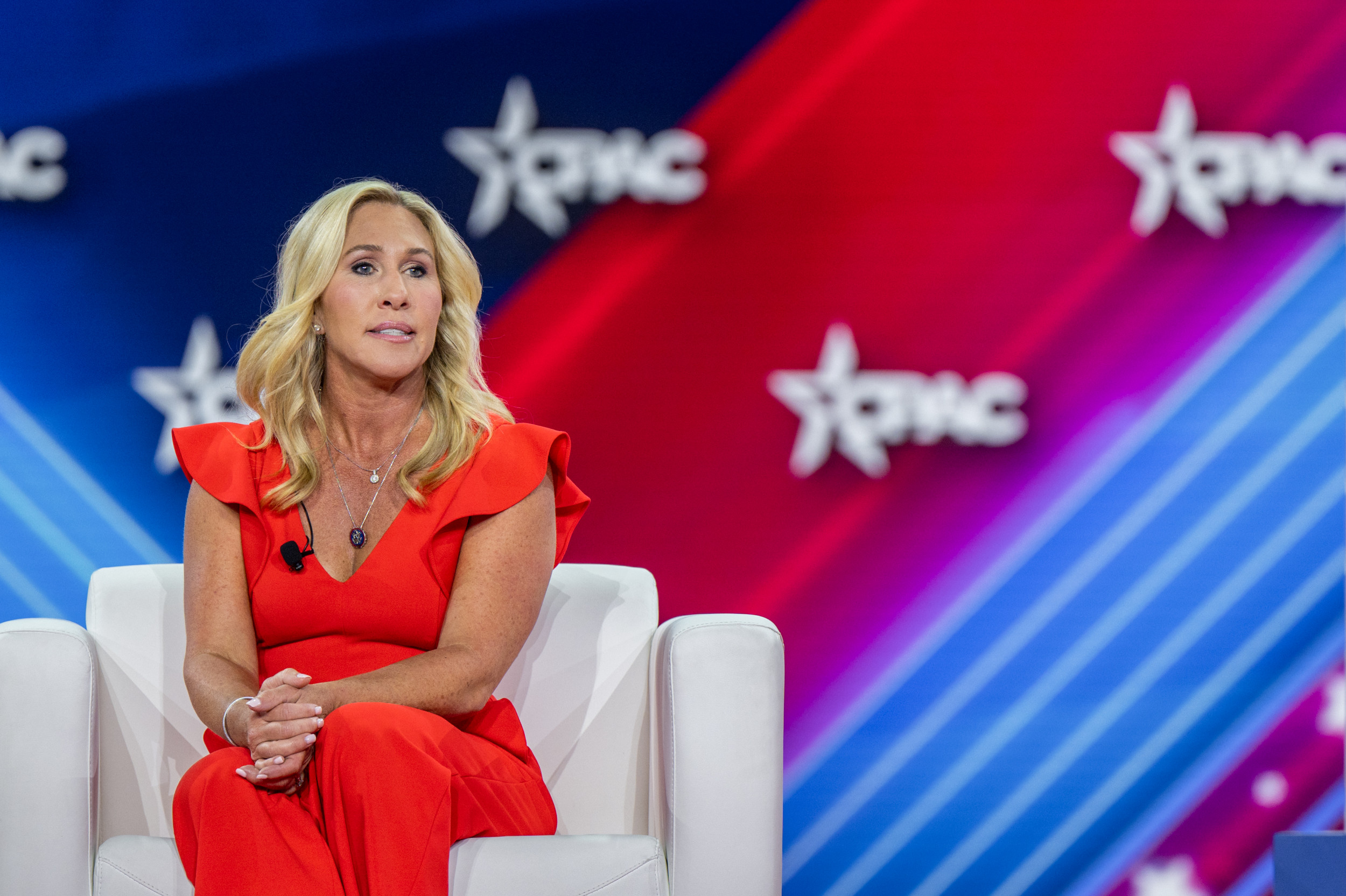 Cave Beast
🐸 Citizen of the Internet 🐸
⏰☕🚬🚽🚿🪒
Definitely the case, and when you include all the non-white women who vote democrat, their looks go down even more.

Ugly women have worse attitudes because people are basically indifferent to their existence. Attractive women are more pleasant, generally. I’m not sure how that plays into politics.

Old World Underground
👑
🐸 Citizen of the Internet 🐸
🎩
⏰☕🚬🚽🚿🪒🏋🏻🥓💻
Same deal with Republican men. Shitlib women seethe endlessly about their inability to resist our chudian charms. When they see such impeccable specimins of masculinity, it is like folds of roast beef buckling inward like the way the Jews opened the gates of Toledo during the 11th Century.

Generally speaking, politicians on both sides of the aisle are almost all physically ugly, right up there with real estate agents.

You're joking, right? I'm sorry, her face is fugly.

Thanks greatest ally for this incredible bargain

Old World Underground
🐸 Citizen of the Internet 🐸
⏰☕🚬🚽🚿🪒🏋🏻
Looks are one of the best predictors of nearly everything really. We are in an internal struggle against genetic garbage that has accumulated due to a lack of natural selection. These trash humans use their votes and civil rights as a weapon to destroy the country and undermine those that are normal or naturally gifted. Genetic mutations can often be detected by looks, which is why Andy Ngo’s mugshots of arrested leftist activists have such a striking pattern.

I can't say I've ever seen an attractive one. Part of the reason must be the circumstances when they're being photographed, as I imagine it's hard to feel happy and ebullient while in police custody.

No she's actually not at all, except on the inside. I can imagine she probably looked great when young though, but definitely not now.

Mark said:
I can't say I've ever seen an attractive one. Part of the reason must be the circumstances when they're being photographed, as I imagine it's hard to feel happy and ebullient while in police custody.
Click to expand...