Rodrigo said:
Grand theft auto is a nigger fest. You are fail kid.
Click to expand...

GTA 3 is where you play as a white dude working for the mafia, Columbian drug lords, trying to get revenge.

Tanked131 said:
GTA 3 is where you play as a white dude working for the mafia, Columbian drug lords, trying to get revenge.
Click to expand...

That's vice city part 2 you play as an italian which is the best. 3 is san andreas nigger 90s. Maybe you got mixed up. In that case I forgive u. And I know about the pc gta

Old World Underground
🐸 Citizen of the Internet 🐸
⏰☕🚬🚽🚿
I'm probably in the minority here, but that's the price to pay for being such a cultured gamer such as I.

Challenging to narrow down to just 10 so I'll spread the love across HW generations.

That's 10. To add in the other consoles/ gen cycles:

Old World Underground
🐸 Citizen of the Internet 🐸
⏰☕🚬🚽🚿
DS2 over all the other souls games?

Nah, but around my age. If we're talking snes: 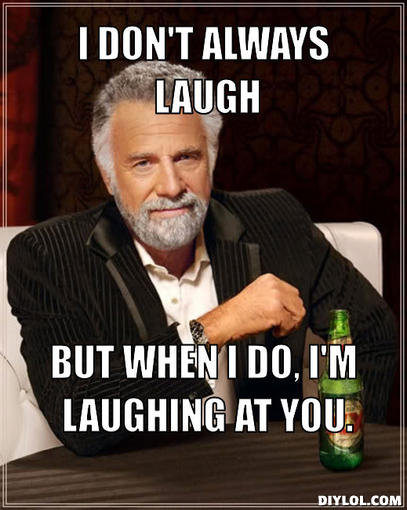 Paladin Prime said:
I just bought Fallout 2 and Fallout: New Vegas for $2.99 a piece, and I've never played them before.

Yeah I picked them up too. I bought 1&2 on discs when I was a child, but otherwise have only torrented them.

Staufer said he hopes they don't make "enhanced editions," and I guess he's right they'd screw it up, but playing FO1 the other day I did wish it had some fo the mechanics fixed. It would be really easy. Plus there's shit like the whole town having the same dialogue. I think they fixed that in FO2, but after having played newer games, that comes across very badly.

Basically, just a team of a couple guys could spend a couple months fixing some things in the first two and they could be reintroduced to a new generation. But you just know they would remove shit for political reasons, and probably add tranny justice or something. In BG:EE they literally added a tranny.

Edit: it was actually in the "expansion pack" that Beamdog made. Video game developers have spoken out against tides of horrific personal abuse - after the inclusion of a transgender character in an expansion pack.

Warcraft 3
TES 3: Morrowind
Mordhau
Polaris Sector
Fallout New Vegas
Unreal
Dark Souls
Grim Dawn
Axel mode of Disgaea 2 (the normal game is grindy and boring, but the Axel mode levels are some of the best turn based RPG encounters I've ever played. Beware though, some of the characters are pretty degenerate.)

Andrew Anglin said:
but playing FO1 the other day I did wish it had some fo the mechanics fixed. It would be really easy.
Click to expand...

Yeah, Fallout 1's mechanics are pretty weird, even for it's time, but I think it's still okay. You get into it after a while.

And Bethesda obviously doesn't care about fixing the classics. I made the mistake to buy the Fallout Classic bundle on Steam in 2014 and the Steam versions are pure AIDS: lag, crashes, corrupted save files, etc. The GOG version might be better.

I'm glad I still have burned copies of the Classics. I actually didn't play them when they were first released (well, I was in Elementary School at that time), but one of my cousins got me into Fallout in the mid 2000s before Fallout 3 came out. Still one of my best gaming experiences when I played them for the first time.

But maybe Bethesda will fix them one day, because I get the feeling that more and more people get into the Classic FO games. At least after the F76 debacle videos like that became much more frequent:


I think this is a perfect summation of what's the problem with the modern Fallout games.

Tanked131 said:
GTA 3 is where you play as a white dude working for the mafia, Columbian drug lords, trying to get revenge.
Click to expand...

Watchful Sentry said:
DS2 over all the other souls games?
Click to expand...

If it was stand alone without online I would say DSouls 1 wins hands down. But the multiplayer pvp was so good in 2 and when I'm looking at which one I played the most and had the most fun with 2 wins for me. From a design standpoint DSouls 1 pretty close to perfect as far as level design goes. And if they ever put Bloodborne on something that doesn't run like garbage it might be better than them all. I've also beaten DSouls 1 so many times that there is probably some fatigue with that game that might be effecting it.

Cave Beast
🐸 Citizen of the Internet 🐸
⏰☕🚬🚽🚿🪒
Deleted upon request.

Only a total retard would install that dude. Come on. I should delete that post.

“Guy on Gab talking about killing black people has an exe file I can install on my computer? This seems legit.”

Are you actually retarded or are you trying to kike people on this forum? Because those are the only two options here.

Old World Underground
👑
🐸 Citizen of the Internet 🐸
🎩
⏰☕🚬🚽🚿🪒🏋🏻🥓💻
@Andrew Anglin
I was excited when back you did the writeup on Cyberpunk2077 then later saw some comments here (vidya) about the possible pozzd outcome when it releases. Will you be doing a follow-up on that one at some time?
Last edited: Jul 12, 2020

Andrew Anglin said:
Are you actually retarded or are you trying to kike people on this forum? Because those are the only two options here.
Click to expand...

There was no ill will behind it. I see why it was dumb. My bad.

Old World Underground
👑
🐸 Citizen of the Internet 🐸
🎩
⏰☕🚬🚽🚿🪒🏋🏻🥓💻
Thanks for the reminder. Totally forgot about that. Will publish the list by the end of the month.

That's going to be tough.

It's was hard because so many games needed to be on the list. But I would say it's a good line up of 10 games. I tried to stick to games I played a lot of and or actually completed. There are more than that. I would have put Doom Eternal on there because it's a great game. But I haven't played that much of it despite having it since 2020. I get burned out on games really quick and Doom Eternal is a stressful game so it happens quicker. Plus I have game ADHD, I have so many games installed and at my disposal I find it hard to just play one game. I usually jump back and forth between games a lot. Like the other day I was playing Empire at War and but later on I was playing Need for Speed Hot Pursuit remaster. It's weird going from strategy to a racing game. But it's what I do. If one game starts to bore me I just start up another.

A Link to the Past should have come up more, I think. I mostly liked Undermine because fo the classic Zelda aesthetics. I have played some other "tribute" games but so far none have really hit it. I can't remember the name of the one that did it best, but it had a female protagonist and strage surrealist and anti-4th wall storyline.

Maniac Mansion I love and someday plan to beat it. I always swore I would never cheat at that game, and still have never beat it.

Coomer lives up to his name, bless you for being consistent.