Portland: Man Pops Sister-in-law After Arguing About Laundry With Brother (No Diversity Included)

Old World Underground
👑
🐸 Citizen of the Internet 🐸
🎩
⏰☕🚬🚽🚿🪒🏋🏻🥓💻⛪️🍖
Given that the brothers have two different surnames, we can assume this is another case of single-motherhood infecting another young man with the spirit of the woman.

Also worth noting that per the homicide figures provided at the end of the article, there has been an explosion in murders in Portland over the last year:

'I did a horrible thing': Oregon man, 25, 'shoots sister in law, 29, in the back of the head after an argument about LAUNDRY'
By Peter Belfiore For Dailymail.Com 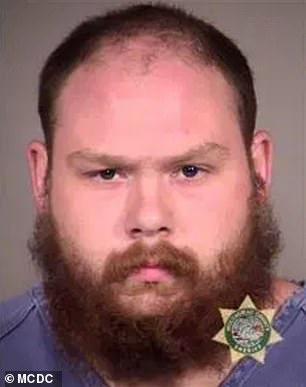 Police arrested North Portland man Shane Finnell, 25, Sunday morning and charged him with second-degree murder in the killing of his sister in law, Alexandra Arb-Bloodgood, 29. Police say he shot her in the back of the head after he got into an argument with his brother over laundry

An Oregon man allegedly shot his sister-in-law Sunday morning after an argument he had with his brother over laundry, police reported.

Officers arrived at the scene of the shooting at 8:34 a.m. to find Alexandra Arb-Bloodgood, 29, dead in her suburban North Portland home from a gunshot wound to the head, according to court documents.

Police arrested, Shane Finnell, 25, on the scene and charged him with second-degree murder and unlawful use of a weapon in the killing.

When he encountered the officers on the front lawn of the house, Finnell reportedly told them, 'I did a horrible thing,' before he was taken into custody.

Finnell's brother, Jordan Arb, reportedly told police that the shooting took place after the two got into an argument over laundry, during which Finnell threw a houseplant at Arb.

After the argument, Finnell allegedly walked up behind Arb-Bloodgood with a chrome-plated revolver and shot her in the back of the head as she sat in a chair on the rear patio of her home.

Court records from a dismissed, month-old speeding ticket suggest that the three lived together in the home, The Oregonian reported. Details on Finnell's employment status weren't clear.

Upstairs neighbor Jacob Chow told police that he heard a single gunshot before looking outside to see Finnell standing across the street appearing upset and 'flailing' his arms. 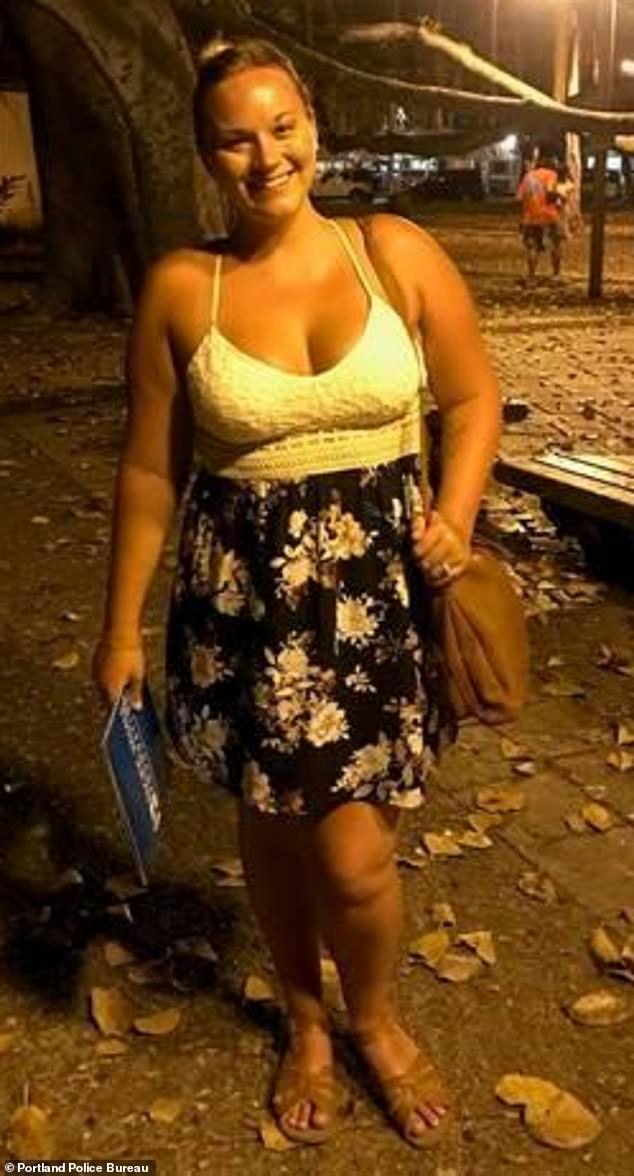 Family described Arb-Bloodgood as 'a great person.' A dismissed speeding ticket suggests that Finnell lived with her and her husband, Jordan Arb

When Chow asked Finnell what happened, he reportedly told him that he had shot 'Alex,' referring to his brother's wife.

Matt Bloodgood, Arb-Bloodgood's brother, told Fox 12 that he was still in shock and that the killing was, 'Something that should never happen to anyone.'

'She was just a great person,' he said, describing her as 'very feisty,' and adding 'Word's cant even describe what kind of person she really was.'

'If you ever have anyone that expresses any desire to hurt themselves or others don't hesitate to try and do something about it,' he said.

'I guess that's the biggest thing we can pull out of it.'

The Portland Police Bureau reported that this was the 32nd homicide in the city this year.

According to the city's crime statistics there had been four homicides at the same time last year, and three the year before that. 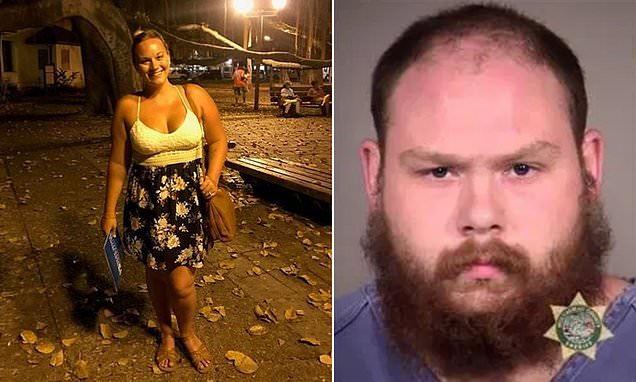 Police: man shoots sister-in-law after a dispute over laundry

Police arrested Portland man Shane Finnell in connection to the Sunday killing of his sister-in-law Alexandra Arb-Bloodgood. Cops say he shot her after an argument he had with his brother over laundry

Aquafina said:
She probably deserved it
Click to expand...

Well, given she refused to take her husband's surname, and chose to hyphenate, we can reasonably assume it was just a matter of time until she divorce raped the brother.

🐸 Citizen of the Internet 🐸
⏰☕🚬🚽🚿🪒🏋🏻🥓
Smells and kinda looks like a white trash fiasco. Why not shoot the half brother? How do you go from a potted plant to a revolver 🤔

RickGozinya said:
How do you go from a potted plant to a revolver
Click to expand...

Well to be fair the potted plant didn't get the job done.

CMcGillicutty said:
in the killing of Alexandra Arb-Bloodgood
Click to expand...

as a truly Christian he couldn't tolerate her satanic last name