In 1968 Peter Jackson was only six and so had no idea of the events taking place that would later have such a big impact on his career as a director.
Click to expand...

That was the year author JRR Tolkien refused The Beatles permission to make a film version of his fantasy epic The Lord of The Rings.

Fast forward 36 years and The Return of The King, the final film in Jackson's trilogy adaptation of the literary classic, would tie the record for the most Oscar wins in one year - 11, including best director for Jackson.

Oh, how different things could have been if it had been the Fab Four with Frodo.

The Beatles may have lost out to Jackson when it came to putting The Lord of The Rings on the big screen, but now these giants of popular culture have come together for the three-part, almost eight hours long, documentary Get Back, for Disney+.

The project has seen Jackson restore more than 50 hours of outtakes from the 1970 documentary Let It Be and piece them together to tell a more positive version of what happened in the studio back in January 1969.

Working with The Beatles also gave Jackson the chance to ask Sir Paul McCartney about what really happened with their version of The Lord of The Rings.

Speaking from New Zealand, Jackson admits he had been curious to get to the truth of the matter.

"I've been scraping together little pieces of information. I've been interrogating Paul about it. Ringo doesn't remember much," Jackson says.

"What I understand is that Denis O'Dell, who was their Apple film producer, who produced The Magic Christian, had the idea of doing Lord of The Rings.

"When they (The Beatles) went to Rishikesh and stayed in India, it was about three months with the Maharishi at the beginning of 1968, he sent the books to The Beatles.

"I expect because there are three, he sent one book to each of the Beatles. I don't think Ringo got one, but John, Paul and George each got one Lord of The Rings book to read in India. And they got excited about it."

However, the intervention of the author - who died in 1973, three years after The Beatles split - meant it was not to be, Jackson explains.

"Ultimately, they couldn't get the rights from Tolkien, because he didn't like the idea of a pop group doing his story. So it got nixed by him. They tried to do it. There's no doubt about it. For a moment in time they were seriously contemplating doing that at the beginning of 1968."

It has been suggested that had the movie got the green light, it would have seen McCartney as Frodo, Starr as Sam, Lennon as Gollum and Harrison as Gandalf. The Beatles' choice of director? Stanley Kubrick, fresh from making 2001: A Space Odyssey.

Jackson does not refute these suggestions. "Apparently," he says, adding, "Paul couldn't remember exactly when I spoke to him, but I believe that is the case."

He also acknowledges how different his own life might have been if The Beatles had already made The Lord of The Rings.

"So I've got two minds about it. I would have loved to hear that album, but I'm also glad I got the chance to do the films. But those songs would have been fascinating."

Instead, more than five decades later, Jackson has been given his own chance to be part of Beatles history.

Back in the summer of 2017 he met with The Beatles' company Apple Corps, to discuss a possible collaboration on a virtual reality exhibition.

A Beatles obsessive ("I never liked any other band than The Beatles"), Jackson asked a question to which he had always wanted to know the answer. What had happened to the outtakes of Michael Lindsay-Hogg's 1970 documentary Let It Be?

The answer delighted him. "They said, 'We've got it all.' As a fan I was sitting there going, 'Yeah.' They said they were thinking of using it for a stand-alone documentary and they didn't have a filmmaker attached.

"The only time in my life I've ever done this, I put up my hand and said, 'If you are looking for somebody, please think of me.'"

He'd been offered the job by the end of the day and spent the next four years of his life working on Get Back.

He used similar techniques to those employed on his World War One documentary They Shall Not Grow Old to restore the hours of glorious unseen footage of The Beatles creating some of their best-known songs from scratch.

Jackson has been at forefront of technology for more than two decades. Earlier this month he sold the visual effects division of his Weta Digital company for an eye-watering £1.2bn.

However, there is one futuristic project he thinks will never happen. Jackson says there is no way The Beatles will do an Abba and go on tour as digital avatars.

"The Beatles have the tragic complication that two of them are not alive. Whether you could do that and be representing George and John in a way that they would be happy with, it would be a difficult thing. That becomes a whole lot more dodgy. I don't think you'll ever see that with The Beatles."

He is however very open to more collaborations with The Beatles.

"I'd love to work with The Beatles again. I've loved working with The Beatles now. However, I don't think there is any other collection of film in the vault that I can get my hands on. This is the golden egg."

It may have taken more than half a century, but by teaming up with Jackson, finally The Lord of the Rings and The Beatles are united. One band to rule them all.
Click to expand... 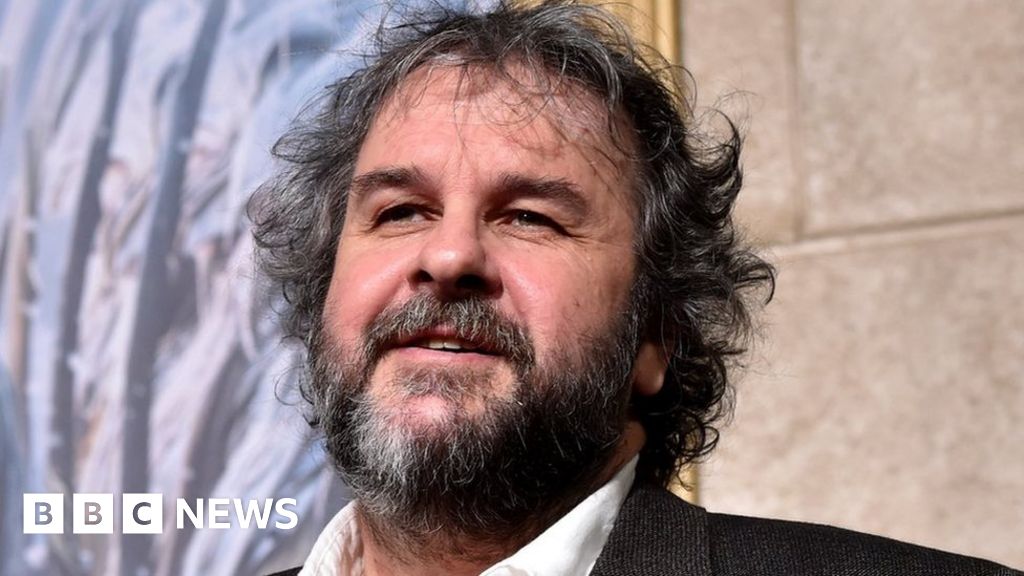 While making his Beatles series Get Back, the director learned about the Fab Four's letdown.
www.bbc.com

Cave Beast
🐸 Citizen of the Internet 🐸
⏰☕🚬🚽🚿🪒
Thank goodness Jews weren't able to use the Beatles to Jew-ify and ruin L.O.T.R.

I took my kids to see the movies when they were in elementary school.