A Lutheran church in Norway recently hosted a celebration for a gender-confused man, which is reportedly the first such event in a place of worship in the country.

Elin Stillingen is a 49-year-old man who believes that he is a woman, and legally had his name and gender changed. According to the Associated Press, on July 17, the medieval Hoff Church in Oslo, Norway held a name changing ceremony for him, affirming his delusion.

Before the ceremony, Stillingen told Norwegian broadcaster TV2, “I’m a member of the Norwegian church, and I’m also about to come ‘out of the closet’ as a Christian, so this ceremony is important to me.”

Despite this, the celebration was organized by Lutheran pastor Stein Ovesen along with the Stensveen Foundation, a Norwegian LBGT activist organization.

“I know that so many are grateful that this event has come true, because this goes deep into the lives of people,” Ovesen said, also admitting that some people opposed the event.

“On the conservative wing, you will find priests who are deeply concerned about what we do today. But for me this is an important act that expresses the grace and openness that God shows me,” he continued.
Click to expand...

This is what they told you would happen, isn’t it?

Old World Underground
🐸 Citizen of the Internet 🐸
⏰☕🚬🚽🚿🪒🏋🏻🥓💻
The guy in drag looks like a masculine version of Elton John.

Quoted by Haaretz and The Times of Israel

DirkaDirkaJihad said:
How much can a “man” buy with 30 pieces of silver these days?
Click to expand...

All of Western Civilization obviously

Brother, this ceremony will be perfect for YOU. 😡

Old World Underground
👑
🐸 Citizen of the Internet 🐸
🎩
⏰☕🚬🚽🚿🪒🏋🏻🥓💻⛪️🍖
Honestly Martin Luther was maybe even a bigger "anti-Semite" than Hitler himself was in many ways.

People probably don't realize this because the Lutheran Church has done myriad social-engineering campaigns and cover-ups over the years in order to distort or suppress this fact, but Luther had many comments upon the Jewish Problem of his own day which are- in context, of course- a lot more spicier than more well-known "anti-Semites" who came centuries after him in succession.

A good book about Luther and the Jews is Kaufmann's Luther's Jews, which, even though it's narrated from an enemy perspective, still manages to get a lot of the raw historical data across to the reader in such a way that isn't either apologetic and pitiful like the modern Lutheran narrative of Martin Luther is or historically inaccurate either.

And I actually agree with the Jewish narrative for the most part that says that there was this ideological/philosophical continuum in German "anti-Semitism" (defined as the natural reaction to Jewish conspiracy, criminality, and chutzpuh) that ran directly from Martin Luther through to others like Johann Andreas Eisenmenger to Herder and Kant and Fichte to Wagner and Schopenhauer to Heidegger to eventually Hitler himself and then still to this current era too.

Now a lot of philo-Semitic and gullible goyisch academics especially of the mainstream Christian bent will attempt to deny this fact- of course. They will of course attempt to draw these hard lines between Luther's religious anti-Semitism and Hitler's racial anti-Semitism. But these lines are largely arbitrary and academic- I think. They are merely just an academic exercise in rhetoric and dialectic, and the fact is that if explicitly racial Jew-hatred was available to utilize as a propaganda tool back during Luther's day, if the vocabulary and cultural context for it would have existed, then by all means Martin Luther would have used it in a heartbeat. In fact, as this book above demonstrates, Luther actually did use explicitly racial (or at least ethnic) contexts in addition to his main religious framing of animosity against the Jews, which as I have said was perfectly natural and rationale at the time considering how Jews were even back then destroying Germany via heresy and usury.

Luther's reaction against the Jewish Problem wasn't strictly isolated to the Christian context is what I'm saying; it was far broader in outlook than that. But the book above gets into a lot of this, and it's an area where I actually agree with the hardcore Jews on verses the view of the philo-Semitic Christians of modern day who contort themselves into human and rhetorical pretzels just attempting to deny some of this shit, and it still doesn't actually seem believable.
Last edited: Jul 23, 2021

Angryguy said:
The guy in drag looks like a masculine version of Elton John.
Click to expand... 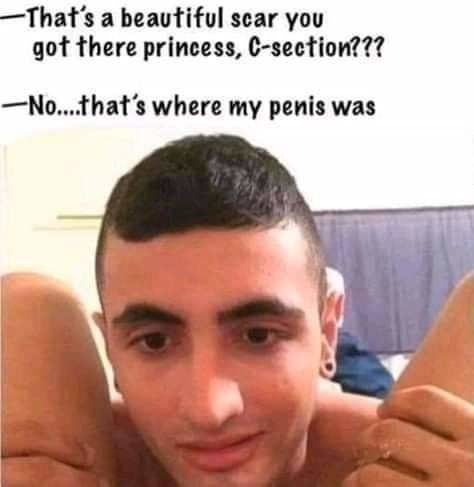 Stein Ovensen, seriously? I thought cryptos were supposed to change their names to something non-jewish.

Career Poster
🐸 Citizen of the Internet 🐸
⏰☕🚬🚽🚿🪒🏋🏻
In the following article, which appears to be a sort of halfway hit piece halfway effort to rehab Luthers image for modern Christians, you get a pretty interesting and balance breakdown of how his view of Jews evolved. It has some incredibly funny quotations from his book about the Jews and their lies.

Was Luther anti-Semitic?
“SET FIRE to their synagogues or schools,” Martin Luther recommended in On the Jews and Their Lies. Jewish houses should “be razed and destroyed,” and Jewish “prayer books and Talmudic writings, in which such idolatry, lies, cursing, and blasphemy are taught, [should] be taken from them.” In addition, “their rabbis [should] be forbidden to teach on pain of loss of life and limb.” Still, this wasn’t enough.
Luther also urged that “safe-conduct on the highways be abolished completely for the Jews,” and that “all cash and treasure of silver and gold be taken from them.” What Jewscould do was to have “a flail, an ax, a hoe, a spade” put into their hands so “young, strong Jews and Jewesses” could “earn their bread in the sweat of their brow.”
These fierce comments have puzzled and embarrassed Christians who otherwise admire the Reformer. And they have led to charges that Luther was “one of the ‘church fathers’ of anti-Semitism.” More seriously, Luther’s attacks have been seen as paving the way for Hitler.
Was Luther anti-Semitic? How should we understand his words?
“Receive Jews Cordially”
In 1523, Luther accused Catholics of being unfair to Jews and treating them “as if they were dogs,” thus making it difficult for Jews to convert. “I would request and advise that one deal gently with them [the Jews],” he wrote. “ . . . If we really want to help them, we must be guided in our dealings with them not by papal law but by the law of Christian love. We must receive them cordially, and permit them to trade and work with us, hear our Christian teaching, and witness our Christian life. If some of them should prove stiff-necked, what of it? After all, we ourselves are not all good Christians either.”
Why God Deserted Them
Fifteen years later, however, rumors of Jewish efforts to convert Christians upset him, and he wrote a treatise venting his frustration. In it, Luther concluded that converting Jews had become hopeless.
It seemed to him that God had deserted the Jews, leaving them to wander homeless without a land or temple of their own. And if this was God’s attitude, then one might with good conscience ignore the Jews. Why would God desert his own people if he did not despair of them? He had rejected them and turned his attention to the “new Israel,” the Christian church. Luther thus accepted the existing notion that the promise given to Jews was now transferred to Christians.
Measures of “Sharp Mercy”
By 1543, Luther was ready lo go one step further. He had become utterly frustrated by the Jews’ refusal to convert to Christianity: “A Jewish heart is as hard as a stick, a stone, as iron, as a devil.”
Luther did not, however, hold Jews responsible for the death of Christ. As he wrote in a hymn, “We dare not blame . . . the band of Jews; ours is the shame.” And he felt that at least a few Jews might be won for Christ.
Yet rabbinic teaching was madness and blindness that blasphemed Christ, Mary, and the Holy Trinity. Luther could not “have any fellowship or patience with obstinate [Jewish] blasphemers and those who defame this dear Savior.” Blasphemy was a civil crime. To allow it to continue, Luther feared, meant Christians would share in the guilt for it.
Thus, Luther now proposed seven measures of “sharp mercy” that German princes could take against Jews: (1) burn their schools and synagogues; (2) transfer Jews to community settlements; (3) confiscate all Jewish literature, which was blasphemous; (4) prohibit rabbis to teach, on pain of death; (5) deny Jews safe-conduct, so as to prevent the spread of Judaism; (6) appropriate their wealth and use it to support converts and to prevent the lewd practice of usury; (7) assign Jews to manual labor as a form of penance.
Luther advised clergy, their congregations, and all government officials to help carry out these measures. Since most Jews had been expelled from Germany before 1536, Luther’s counsel was implemented by few officials. Yet a harsh anti-Jewish measure in 1543 mentioned Luther’s On the Jews and Their Lies.
Both Luther’s friends and his foes criticized him for proposing these measures. His best friends begged him to stop his anti-Jewish raving, but Luther continued his attacks in other treatises. He repeated as true the worst anti-Semitic charges from medieval literature. Jews killed Christian babies; they murdered Christ over and over again by stabbing Eucharistic hosts; they poisoned wells.
Luther now thought what he had accused Catholics of thinking in 1523: Jews were dogs. “We are at fault for not slaying them,” he fumed shortly before his death.
Click to expand...