When all else fails, it's time to ring up your old friend, Mr exotic variant. This time with new, added, super-scary mutations!!! Let's even throw HIV into the mix to really frighten 'em. It's the most evolved bullsh•t strain ever! pic.twitter.com/wJnewDGk4f

If you thought Delta Variant was a significantly stupid hoax – get a load of the next hoax coming your way, you stupid faggot.

Yo, I heard you like hoaxes, so we put a hoax in your hoax so we can hoax you while you’re getting hoaxed!

Scientists have said a new Covid variant that carries an “extremely high number” of mutations may drive further waves of disease by evading the body’s defences.

Only 10 cases in three countries have been confirmed by genomic sequencing, but the variant has sparked serious concern among some researchers because a number of the mutations may help the virus evade immunity.

The variant was first spotted in Botswana, where three cases have now been sequenced. Six more have been confirmed in South Africa, and one in Hong Kong in a traveller returning from South Africa.

Dr Tom Peacock, a virologist at Imperial College London, posted details of the new variant on a genome-sharing website, noting that the “incredibly high amount of spike mutations suggest this could be of real concern”.

Scientists will be watching the new variant for any sign that it is gaining momentum and spreading more widely. Some virologists in South Africa are already concerned, particularly given the recent rise in cases in Gauteng, an urban area containing Pretoria and Johannesburg, where B.1.1.529 cases have been detected.

Ravi Gupta, a professor of clinical microbiology at Cambridge University, said work in his lab found that two of the mutations on B.1.1.529 increased infectivity and reduced antibody recognition. “It does certainly look a significant concern based on the mutations present,” he said. “However, a key property of the virus that is unknown is its infectiousness, as that is what appears to have primarily driven the Delta variant. Immune escape is only part of the picture of what may happen.”
Click to expand...

They can keep making stuff up about new fake variants to keep this going forever.

There is no proof or basic evidence required.

It is literally never going to end.

At least not until the entire system collapses in on itself.

I heard this variant even infects people before the 10pm closing hours.

Covid – as devised by the Fauci cabal – does have an HIV strand in it. I have also seen a video describing the VX which also mentioned HIV.
Not sure I'll be able to find the links now.

The jabs over a period destroy the natural immune system according to many studies so the vaccinates basically end up like an Hiv sufferer with no immune system. All the variants are basically damage from vaccines being labelled as ' new variant ' .

The variant that stole Christmas!

Elvis Dunderhoff said:
They can keep making stuff up about new fake variants to keep this going forever.

There is no proof or basic evidence required.

It is literally never going to end.

At least not until the entire system collapses in on itself.
Click to expand...

A "vaccine" that's not a vaccine, using a "test" that's not a test, for a "virus" that's not a virus.
See how that works, use a word, that's the opposite of the fact. Black is White & White is Black.
The entire system has been collapsing. Simply saying "No", makes the whole house of bullshit flush.

Cave Beast
🐸 Citizen of the Internet 🐸
⏰☕🚬🚽🚿🪒
Luckily they are on top of this in Europe:

Incidentally this is the face of Reuters in the current year. 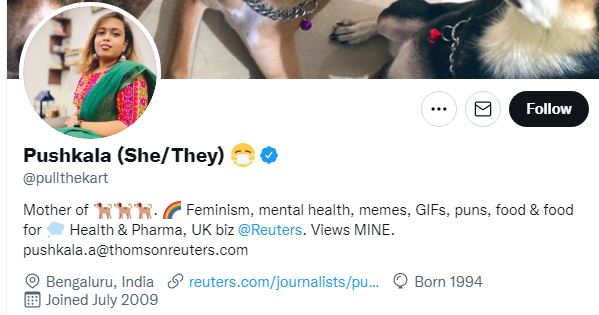 Cave Beast
🐸 Citizen of the Internet 🐸
⏰☕🚬🚽🚿🪒
Just in time for Christmas and de fiffth wave.
How convenient.

Cave Beast
⏰☕
Southern Africa in general has a relatively low vaccination uptake so there was always going to be pressure put on the local governments to begin far stronger enforcement. I'd thought that would happen in April/ May 2022 which is the southern autumn but evidently things are going to be moving far quicker than I thought.

This latest 'deadly virus mutation' has gone from being 'discovered' to causing travel restrictions in less than 24 hours. Not only does that demonstrate that the systems are now in place to cancel flights in minutes but it is also obviously the lever to get the vaccinated rate far higher in southern Africa. My guess now is that mandatory vaccination will be imposed on most Southern African countries within 2 to 3 weeks.

It'll piss millions off and will probably lead to severe social unrest like we've seen in Europe and Oz. However the unrest in South Africa tends to turn very violent very quickly so it's a bit concerning, especially as the riots in July are still fresh in everyone's minds.

With the cancellation of flights it's obvious that SA is being put back on the UK's red (no fly) list, regardless of vaccine status. It's just further proof (if any is needed) that this has got nothing to do with whether or not the vaccines work and everything to do with coercion. In fact the article specifically states '...that means vaccines, which were designed using the original, may not be as effective.'

SA was taken off the UK's red list in October and with the strong connection between UK and SA many people have already booked flights to spend Christmas with family overseas. They will have been vaccinated in preparation and will be bitter that (in their eyes) the unvaxxed are the reason for them not being able to travel. This level of coercion is the same as Austria locking up vaccinated and unvaccinated. It will pit family members and neighbours against each other and is yet another deliberate way to atomise society.