👑
🐸 Citizen of the Internet 🐸
🎩
⏰☕🚬🚽🚿🪒🏋🏻🥓💻⛪️🍖 💻🥩🥃
Escaped True Master
Destructive Ceremonious Master
Good rehash of investigative study, I'll get back in later today thanks for posting

An Interesting tidbit in the begining relating to species decline.

Copy after copy the organism gets weaker and weaker then finely blows out.

It appears "mankind" is also getting weaker and weaker with each passing generation.
The more modern the medicine , and vacvines, the weaker the genome, thinning skulls smaller bones etc.
Will it be thousands of more generations? I do t know. The modernists seem to be attempting to thwart the Logos and build another hybrid "man".
It's not going to turn out well for them. 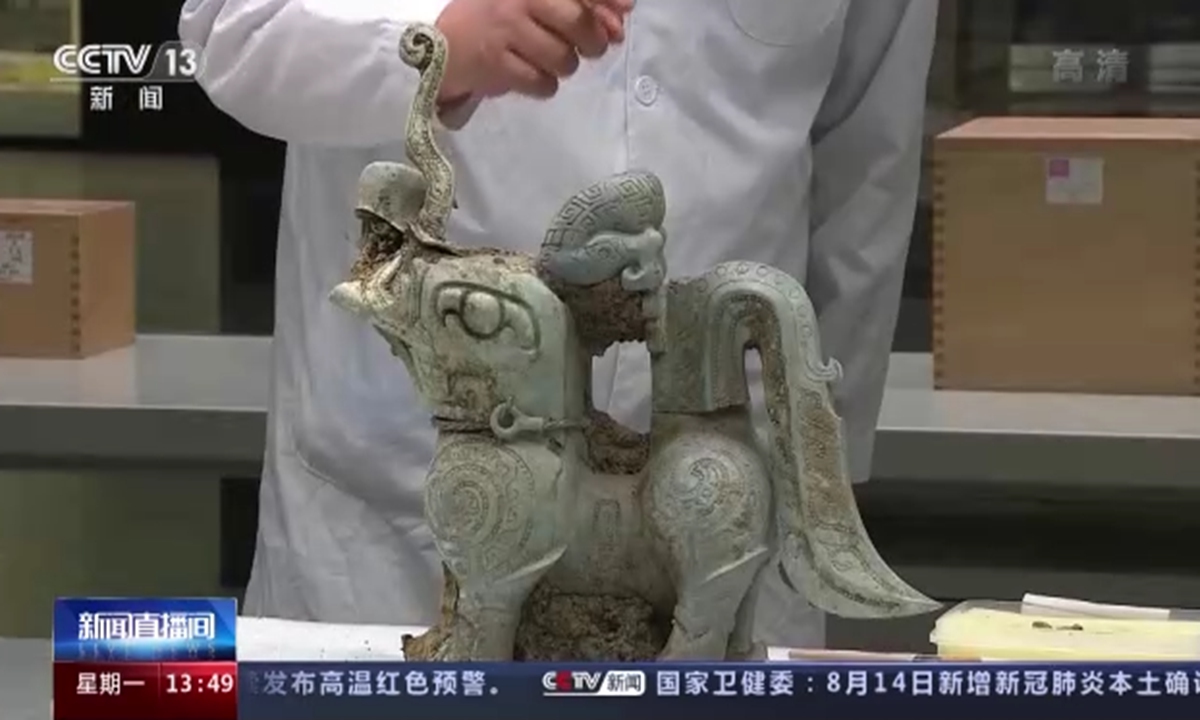 Photo: Screenshot from web
Archaeologists found a mythical beast with four wings during the most recent excavation of the Sanxingdui Ruins in Sichuan Province, the Xinhua News Agency reported on Monday.

This is the first time such an unusual mythical beast bronze has been found at the archaeological site.

The little mythical beast was found on the top of a bronze statue in Pit No.8. The four-winged mythical beast has a round tiger-like head with sharp teeth and carries a sacred tree on its back.

The beast is seen with a sacred tree on the back, a "different state of mind the ancient Shu people have at the time," as archaeologists speculated. The mythical beast is said also may have multiple functions.

Moreover, a pig-nose dragon bronze ware was also found during the most recent excavation, where archaeologists speculate that the bronze may have been a special decoration for a building. 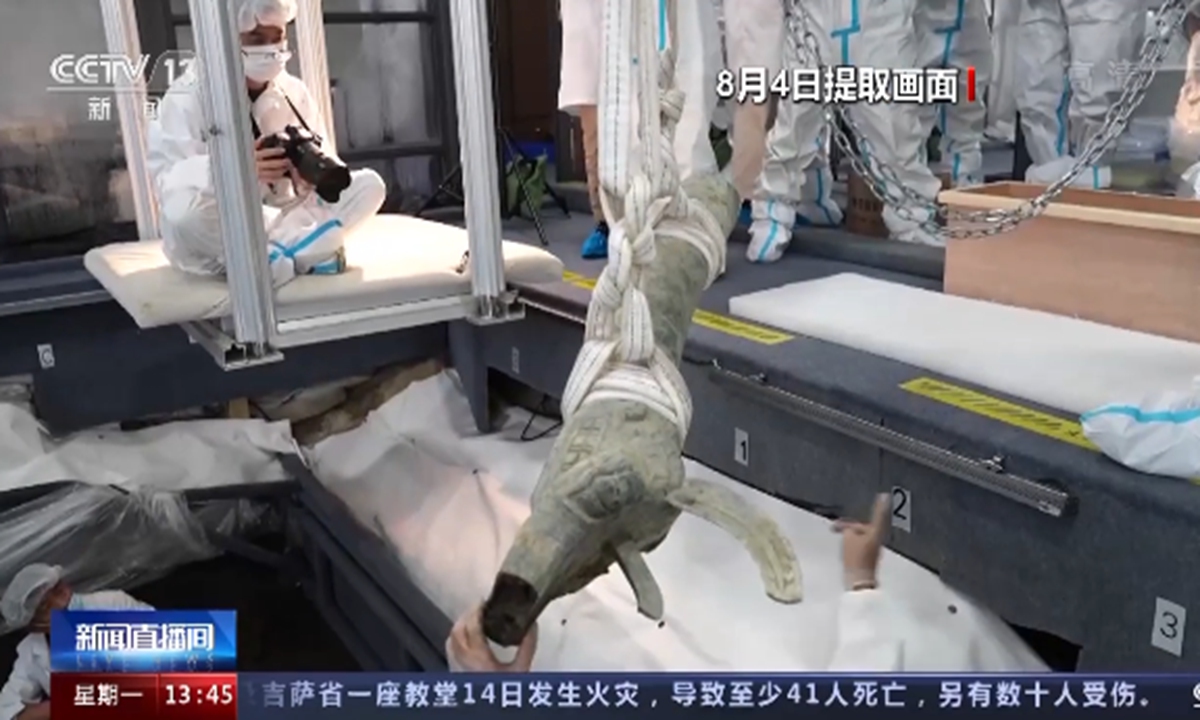 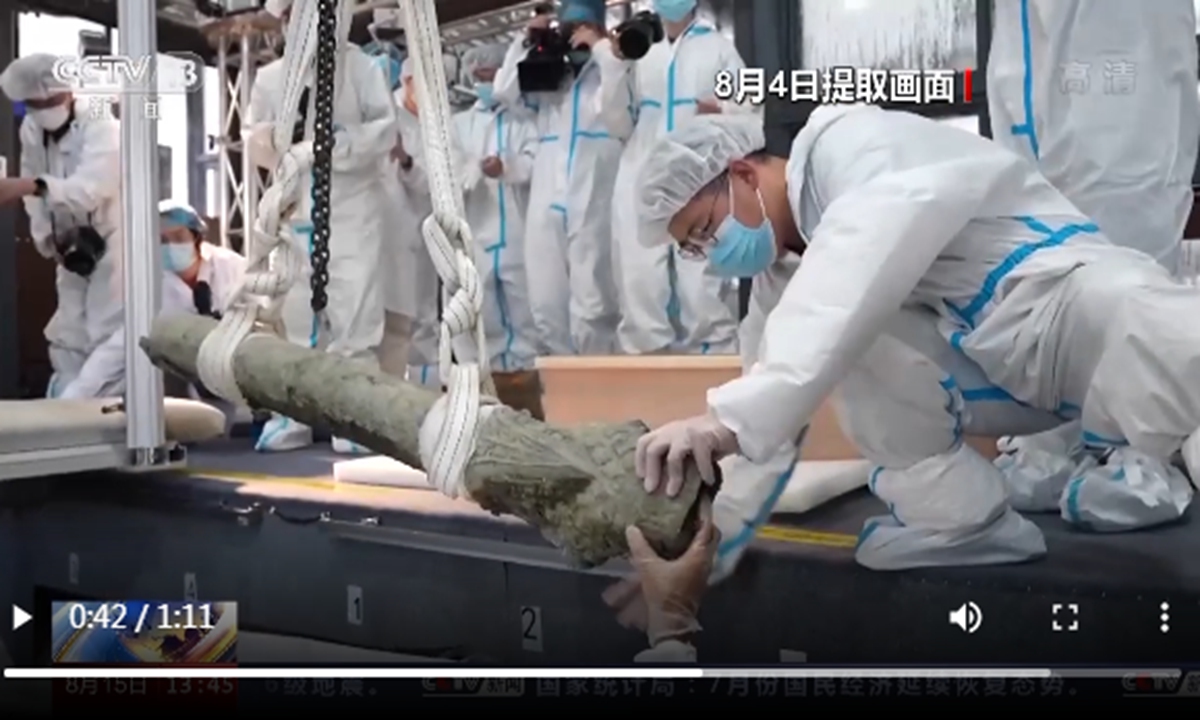 Photo: Screenshot from web
The bronze, found in Pit No.8, is a cylindrical hollow tube nearly 1.3 meters long, 15 centimeters wide, yet only about 3 millimeters thick, the report said.

The constructors at the time most likely threaded the tube into a hole in a building and fastened it with nails through two nail holes at the end of the tube.

"We inferred that the tube was a decoration on the most eye-catching part of a building, such as the roof corners or roof ridges," Zhao Hao, archaeologist from the Sanxingdui Ruins excavation team, told Xinhua.

The entire body of the bronze was covered with various patterns including dragon scales, feathered wings and Qilin-style feathers (Qilin is a creature from Chinese mythology) made through bas-relief craftsmanship.

The head of the tube is an animal face with a rectangular, wide, and long nose that "looks like a pig nose," added Zhao.

"So we have temporarily named it after the pig-nose dragon."

Additionally, archaeologists also found a mythical beast with a pair of hollowed wings. This is the first time such an unusual mythical beast bronze has been found in the Sanxingdui Ruins.

From 2019 to 2020, six more sacrificial pits were discovered by archaeologists at the site. The objects inside pits No.3 and No. 6 have been safely removed, while archaeologists have entered the final stage to move the relics from No.7 and No.8.

The biggest sacrificial pit among the six newly discovered pits (No.3 to No.8), pit No.8 contains the most unearthed cultural artifacts.

Over 12,000 relics have been found in the six pits. Of them, 2,300 were still completely intact, Ran Honglin, head of archaeological excavation site at the Sanxingdui Ruins, told media in May. 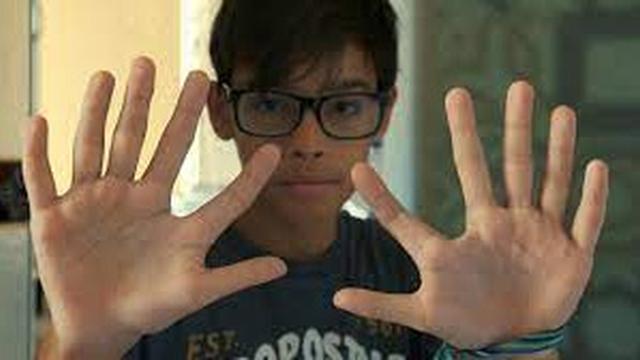 Author Jim Vieira explores the strange case of polydactylism (extra fingers and toes) and it's association with the giants of old. From the biblical giant of Gath, to Sumeria, North and South America, Australia, Easter Island, Fiji, Kirabati and oth…

Old World Underground
👑
🐸 Citizen of the Internet 🐸
🎩
⏰☕🚬🚽🚿🪒🏋🏻🥓💻⛪️
The Rephaim, and their connection with Egyptian history
by Corbaux, Marie Françoise Catherine Doetter 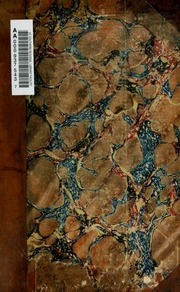