Mentally Ill Woman Missing Since November Found Living As a Hermit In Utah, Survived Winter By Eating Moss And Grass

Old World Underground
👑
🐸 Citizen of the Internet 🐸
🎩
⏰☕🚬🚽🚿🪒🏋🏻🥓💻⛪️
I have a feeling we're going to see a lot more of this as ZOG's post-modern brutalist hellscape becomes increasingly oppressive and arduous to navigate:

Woman, 47, who vanished in Utah canyon SIX MONTHS ago is found living in flimsy tent and surviving on 'moss and grass'
By Gina Martinez For Dailymail.Com

A woman who vanished six months ago was found living in a flimsy tent in a canyon after a drone searching for her corpse crashed into a nearby tree.

The unnamed 47 year-old told Utah County Sheriff's Office deputies that she had moved into the remote Diamond Ford Canyon voluntarily after being found on Sunday.

She said she had survived by eating supplies she found in the abandoned tent she moved into, as well as moss and grass, and was severely underweight when she was found.

The woman managed to survive temperatures that regularly hovered around freezing during the winter months, and says hikers also provided her with supplies.

The drone search was part of a semi-regular hunt for the missing woman, and resulted in her being found through sheer luck when it crashed into a tree.

While recovering the drone, which was operated by a nonprofit group which works with cops to help track missing people, a sergeant and the drone operator saw the woman's tent.

The missing woman opened its zipper, and stuck her head out of it. 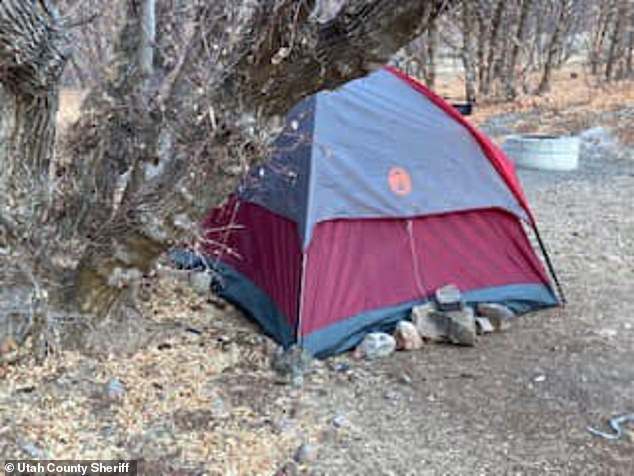 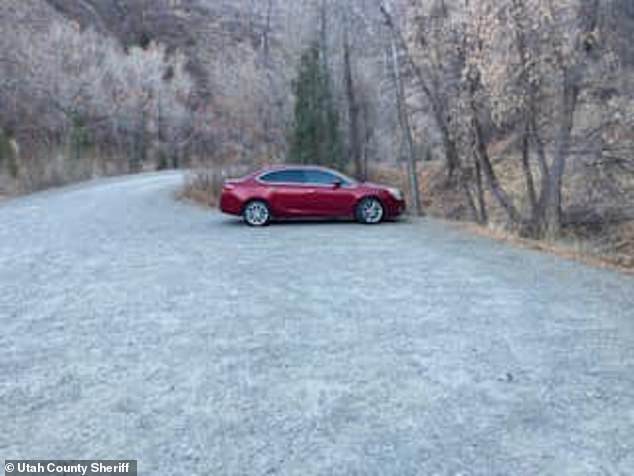 The woman's abandoned red sedan was also found in a parking lot near the Dry Canyon Trailhead in Diamond Fork Canyon, and was later impounded 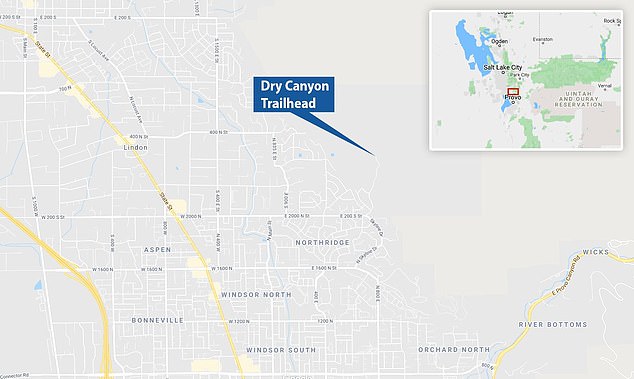 Authorities sent out a medical team to the campsite and examined the woman who had lost a significant amount of weight and was weak.

Cannon says that authorities were incredibly impressed with the woman's survival instincts, especially in the harsh winter conditions.

'She was resilient and manage to survive over the coldest months of the year, sometimes the temperature hits below zero,' he said. 'She's an amazing woman. In my 30 years involved in search and rescue I have never seen anything like this,' Cannon told DailyMail.com.


Her disappearance was flagged up around Thanksgiving 2020, when a U.S. Forest Service official preparing for seasonal canyon closures found the woman's red Sedan in a parking lot near the Dry Canyon Trailhead in Diamond Fork Canyon.

Deputies searched the area and found an abandoned tent red and gray tent and camping equipment along with items that identified the missing woman.

The Sheriff's office was not able to successfully contact the woman's family and she was never reported missing.

Detectives were able to speak to the woman's co-workers who told police they had no idea where she was or planned on staying and described her as 'quiet' and a 'loner.' That led investigators to conclude she had mental health struggles. 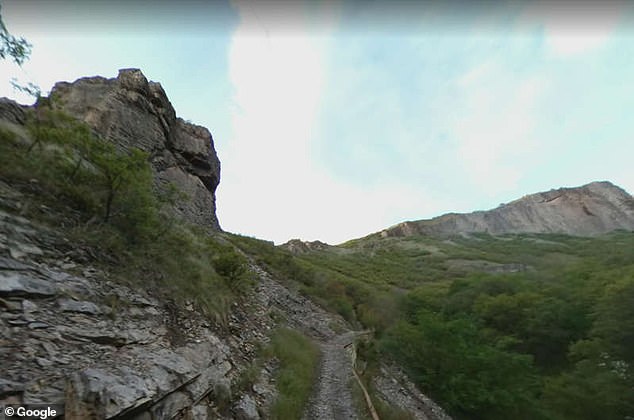 The woman vanished in Diamond Fork Canyon, pictured, where temperatures regularly hover around freezing during the winter months 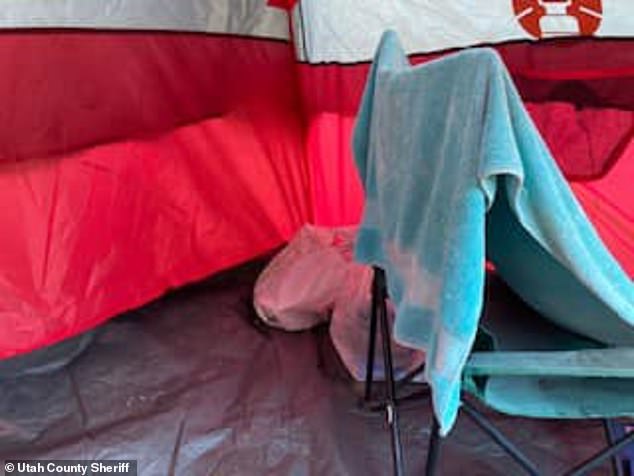 This is the tent found last November that cops believe belonged to the missing woman. She was found living in a second tent on Sunday.

The woman told authorities that she was living in a tent a camper abandoned and was found with small amounts of food.

She told officials she foraged for grass and moss to survive and had access to water from a nearby river.

Sergeant Cannon told DailyMail.com they will not release the woman's identity because of her suspected mental health issues, and because she has not committed any crime.

The woman willingly stayed in the area since November and the Sheriff's office says that other than overstaying the Forest Service's camping allowance, the woman did not break any laws.

Cannon said that the Sheriff Office does not charge people for overstaying on campgrounds, only for making a mess - but that the missing woman had kept her camp site tidy.

'The camping area was very tidy and well-kept,' he said. 'which is unusual in that regard, criminally speaking there was nothing that would have drawn our attention to her.'

He said that if in the future she chooses to return to the same area, support will be offered to her to try and ensure she remains in good health. 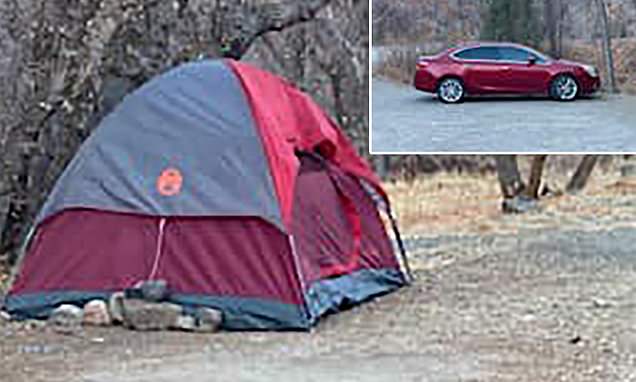 Utah County Sheriff's Office was conducting one of its regular checks for the woman's remains, when a drone crashed into a tree, and searchers found her living in a flimsy tent.

Old World Underground
🐸 Citizen of the Internet 🐸
⏰☕🚬🚽🚿🪒🏋🏻🥓💻
She be liking to be licking those lichens.

She lasted six months out there alone and in the coldest of winter months with no tools and supplies. Bitch is a survivor.

Reminds me of this documentary.

God Knows Where I Am - Wikipedia

I hate to say it, but I think that’s how I’ll probably go out... I guess that’s a sad thing to admit, but I kinda romanticize it.

Old World Underground
👑
🐸 Citizen of the Internet 🐸
🎩
⏰☕🚬🚽🚿🪒🏋🏻🥓💻⛪️
Yo Cankles @CMcGillicutty ! You got the best news stories, brah. Thanks for your takes!

Vilis_Hāzners said:
Mentally ill? How? That she is "quiet", a "loner" and doesn't like people? Shit, that is most everyone here.

Yeah in Clown World if you actually like being around other people then I'd say you are the mentally ill one.

Vitamin-KKK said:
Yeah in Clown World if you actually like being around other people then I'd say you are the mentally ill one.
Click to expand...

RickGozinya said:
I love how we come here and bitch to other people how much we hate other people 😂
Click to expand...

Yes I have a notable exception to my general misanthropy for fellow professional racists.

RickGozinya said:
I love how we come here and bitch to other people how much we hate other people 😂
Click to expand...

Old World Underground
🐸 Citizen of the Internet 🐸
⏰☕🚬🚽🚿🪒
What boggles my mind that she survived out there without cats.

Vitamin-KKK said:
Yeah in Clown World if you actually like being around other people then I'd say you are the mentally ill one.
Click to expand...

CMcGillicutty said:
and says hikers also provided her with supplies.
Click to expand...

Interesting an emaciated middle aged woman camping alone in the middle of the winter didn't raise any concern.

Reporting something like that can be tough, though. Every person that goes hiking into remote areas understands the desire to be left alone.

GoodOlboY said:
Reporting something like that can be tough, though. Every person that goes hiking into remote areas understands the desire to be left alone.
Click to expand...

Ever since I got redpilled on the feds and the cops in 2017, I go out of my way to not have to deal with 911. I've come across a few situations where some people probably would have called the cops, but I just said "well, it's none of my business, and I certainly don't want to make it my business and have a snitch's reputation on the off chance ZOG tosses me into prison one day for having the wrong worldview." The only times I've called the 911 in the last few years were to report electrical fires with power transformers around here.

Jebal_Dokundy said:
What boggles my mind that she survived out there without cats.
Click to expand...

Old World Underground
🐸 Citizen of the Internet 🐸
⏰☕🚬🚽🚿🪒🏋🏻🥓
I read somewhere that some types of moss can be very nutritional, and that neanderthals used to eat it.

The_Chosen said:
There are some wild cats in the area she befriended most probably
Click to expand...

Old World Underground
🐸 Citizen of the Internet 🐸
⏰☕🚬🚽🚿🪒🏋🏻
Netflix has already made an offer for her story.

🐸 Citizen of the Internet 🐸
⏰☕🚬🚽🚿🪒🏋🏻🥓
It said she found some left behind supplies in the tent. Someone went out there and left a tent and other stuff behind. You would think someone would have taken it with them when they left. That's another mystery.

It was also said that she was underweight. Meaning if she tried to live out there for 6 more months she would have probably died.

She is most likely a schizophrenic. That would be my guess. She was probably living with her parents or some other relatives and they either put her out or she ran away cause they were trying to make her take the medications she needed. It's a known issue with schizophrenics, they don't like taking the medication cause they think all the crazy shit in their heads is normal and the medication kills their sex drive. That's why you see so many claiming they are being poisoned and other nonsense.

The fact that no one reported her missing means no one cared or they weren't very bothered by her not being around. It's sad but dealing with mentally ill people like schizophrenics isn't very pleasant. They were probably glad she wasn't around bothering them anymore. Basically they just wrote her off.
You must log in or register to reply here.
Share:
Facebook Twitter Reddit Pinterest Tumblr WhatsApp Email Link
Top