LGBTQ community fears stigma from monkeypox: Memories of AIDS, feels like deja vu—Experts: “Monkey pox is not a gay disease”

Gian said:
LGBTQ community fears stigma from monkeypox: Memories of AIDS, feels like deja vu—Experts: “Monkey pox is not a gay disease”
🤣🤣🤣🤣
@Panzerhund @TimeBandit @Highlander @Auslander-Raus!
“Affecting LGBTQ community 'by chance'”
“AIDS WAS NOT A GAY DISEASE EITHER” :
Stigma directed at a particular group of individuals fuels fear and seriously impedes upon outbreak investigation, case identification and public health interventions.
The repercussions of labelling HIV infection a homosexual disease led to untold suffering in gay communities in the 1980s who were blamed for the epidemic. 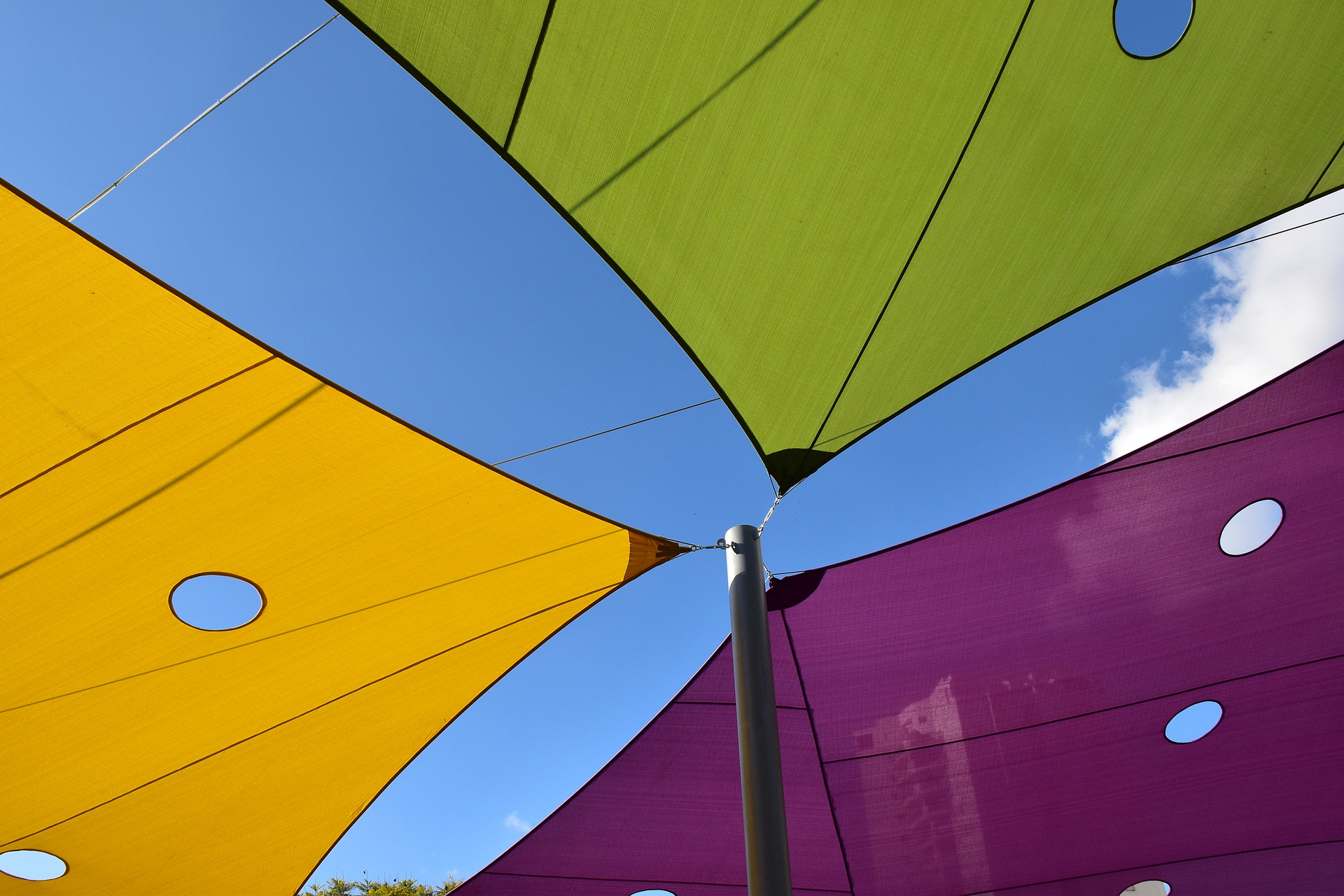 Monkeypox is Not a Gay Disease

As we seek to learn more about the ongoing outbreak of Monkeypox in Europe, and North America the focus must be on characterizing determinants of infections without judgment, providing support and guidance to the public without stoking fear, and grounding the response in empathy.

David Hawkins wasn't alive during the height of the AIDS crisis in the mid-1980s, but decades later, his organization is still working on dispelling harmful myths associated with the disease.

"All these years later, it is still seen as being the gay disease, and it's stuff like that that people still point to as the reason for the blood ban for men who have sex with men to donate blood ... We're still fighting that," said the executive director of Montreal's West Island LGBTQ2+ Centre.

Now, LGBTQ advocacy groups and experts are concerned about another wave of discrimination hitting the community as several countries, including most recently Canada, are confirming cases of monkeypox, which has so far been identified mainly among men who have had sexual relations with other men.

The risk and the fear that this is going to be used to stigmatize against the LGBTQ2+ community further, I think that that fear is very real for a lot of people, and I think it's very well-founded in history," said Hawkins.

Five cases of monkeypox have been confirmed in Quebec — the first such cases in the country — and 20 cases in the province are under investigation.

"We're still recovering from the stigma that came with HIV and AIDS as a community ... This risk is also potentially there for monkeypox if that continues to be a trend," he said.

"It just underlines the experience we had with HIV ... We have a bad tendency to attach blame and attach shame to diseases," he said.

Monteith said the danger of stigma in relation to a health problem is that "if people are afraid to be identified with a particular group, then they might not go get tested and they might be transmitting." 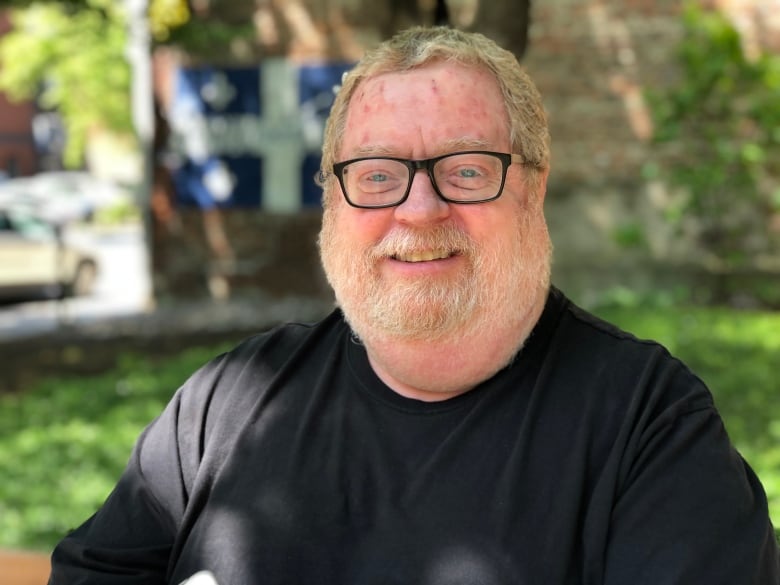 Ken Monteith, the executive director of the provincial coalition of AIDS organizations, says stigma only ever exacerbates health problems and the only way to stop transmisison of monkeypox is to talk about it. (Simon Martel/CBC News)

Until now, monkeypox outbreaks have been limited mostly to central and western Africa, but in recent weeks, cases have been identified in Canada, the U.S., the U.K., Portugal and Spain.

Symptoms can include fever, intense headache, swelling of the lymph nodes, back pain, muscle aches and a lack of energy. People who are infected can also develop a rash and lesions.

Health officials have said the virus is not sexually transmitted but is mainly spread by prolonged face-to-face contact and respiratory droplets. It is also spread by open sores, contact with bodily fluids or by touching contaminated clothes or bedding.

"It's a virus, it doesn't really matter who it is, who has it. It isn't generated by an identity, it's generated by itself," said Monteith.

"We have to stop judging and encourage people to do the right thing ... We stop a disease by talking about it and acting on those things and not being silent about them."

Dr. Réjean Thomas runs Clinique médicale l'Actuel, a clinic in Montreal's gay village that specializes in caring for people with HIV and other sexually transmitted diseases.

He says he's seen up to six patients with symptoms associated with monkeypox, such as lesions on their genitals, within the past two weeks. But it's not something he's worried about.

"The disease is not dangerous … at least the form that we're seeing here, it doesn't look severe," he said.

Thomas emphasized that everyone is at risk of catching monkeypox, and just because it's mainly circulating in the LGBTQ community, that doesn't mean it will stay there or that it is a "gay disease”.

“It's probably by chance that it's in the gay community," he said.

Dr. Réjean Thomas of Clinique médicale l'Actuel says monkeypox is likely circulating in the LGBTQ community 'by chance' and not because it began there or affects members of the community differently. (CBC)

When asked about stigma on Friday, Dr. Theresa Tam, Canada's chief public health officer, cautioned against associating the disease with any one group.

"Certainly we will provide support and information ... but I think people should understand that [transmission is through] close contact and that could happen in different ways," she said, pointing to cases in the U.K., two involving people who lived in the same household.

But for Hawkins of the West Island LGBTQ2+ Centre, no amount of information saying monkeypox is not an LGBTQ disease will ward off all the ignorance.

"For a lot of queer people in particular, this is just kind of another thing that is going to be a challenge to overcome."
Click to expand...

Don’t worry - the stigma is already so great that this just feels expected as opposed to something that would actually add to my disgust with these people.

JR_Rustler_III said:
They sold GRIDS the exact same way they sold covid. In each case, the disease only affected a very small segment of the population, but was maliciously sold as a universal threat for political and financial purposes.
Click to expand...

And the same man (Fauci) was in charge of the rollout, response, and research in both cases. 🤔

Cave Beast
🐸 Citizen of the Internet 🐸
⏰☕🚬🚽🚿🪒
What's sickening is this is what they care about. This Monkey Pox could possibly kill them, especially if it was weaponized and escaped the US Biowarfare labs, but how they look is their top priority. Typical narcissistic faggots.

JR_Rustler_III said:
They sold GRIDS the exact same way they sold covid. In each case, the disease only affected a very small segment of the population, but was maliciously sold as a universal threat for political and financial purposes.
Click to expand...

Magic Johnson and Arsenio Hall told my middle school gym class all about it.

Lampshadeburg said:
Magic Johnson and Arsenio Hall told my middle school gym class all about it.
Click to expand...

I read the book (((Radical Son))) by David Horowitz, which in all honesty wasn't a bad book. Of course, I'm skeptical of his "conversion" story to "Conservatism". It's been more than 15 years since I read that book, but there was something that stayed with me. In so many words, a "grand bargain" was made between the Religious Right and Big Gay. The Religious Right got to sell fear about "rampant free love" regarding heterosexual sex and the gays got to sell that AIDS was an equal opportunity disease.

Flaps McKinley said:
I remember that story about the black tranny faggot who would moisturise his rectum with avocado oil and would call it his vagina, and would have strange men come to his trailer and fist him, and he berated people for not looking after their rectums in the same way. It was in Medium or Slate, one of those places, and marked a particular low point for online journalism.
Click to expand...