Joe Biden Sworn in as President

Joseph R. Biden, Jr., has been sworn in as the 46th president of the United States, taking the reins of power at a perilous time in American history and urging a bitterly divided country to unite around defeating the deadliest pandemic in a century.

Noting that he was being inaugurated on the Capitol steps just two weeks after it was stormed by an “angry, violent mob,” Mr. Biden said the country has learned that “democracy is precious, democracy is fragile, and at this hour, my friends, democracy has prevailed.”

Chief Justice John Roberts administered the oath of office shortly before noon, when Mr. Biden officially became president. Mr. Biden addressed the nation minutes after Vice President Kamala Harris was first sworn in, making history as the first woman and person of color to become second in line to the presidency.
Click to expand...

That’s that, I guess.

Old World Underground
🐸 Citizen of the Internet 🐸
⏰☕🚬🚽🚿🪒
If you listen carefully you will note that Biden actually
fucked up his oath of office recital from the senior judge guy. Instead of saying 'of' he said 'for' and instead of saying 'The Constitution' he merely said 'Constitution'. Therefore he is not the real president. Impeach Now!!

Old World Underground
🐸 Citizen of the Internet 🐸
⏰☕🚬🚽🚿🪒🏋🏻🥓
What else now for European diasporas in America?

Old World Underground
🐸 Citizen of the Internet 🐸
⏰☕🚬🚽🚿🪒🏋🏻
tHe CaUsE oF dEmOcRaCy!

Boing said:
If you listen carefully you will note that Biden actually
fucked up his oath of office recital from the senior judge guy. Instead of saying 'of' he said 'for' and instead of saying 'The Constitution' he merely said 'Constitution'. Therefore he is not the real president. Impeach Now!!
Click to expand...

This was Qanons plan all along, he knew Biden would slur his words thus invalidating his presidency.

There were fifteen ways for Trump to save his presidency, but he allowed Biden to do the work for him. The sign of a true chess-master

iHate_Marxism said:
tHe CaUsE oF dEmOcRaCy!
Click to expand...

You know what else is a democracy?

CarterMcFerrell said:
What else now for European diasporas in America?
Click to expand...

We can stop waiting for the Qalvary to charge over the hill and save us with an ambiguous, secret plan and bring about change through our own actions.

Cave Beast
🐸 Citizen of the Internet 🐸
⏰☕🚬
And literally declared war on white people not even 5 minutes into office. Get ready, because they aren’t even trying to hide it anymore. 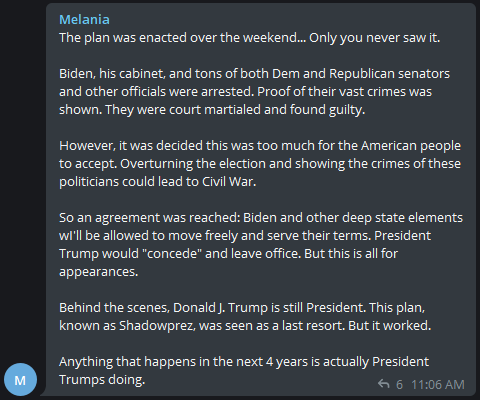 We can only save ourselves

We live in a democracy.

BOOM! Big, if true. 6 bajillion D checkmate, faggots! I will not abandon the plan until 100% of the nigger population is employed. WWG1WGA

Cave Beast
🐸 Citizen of the Internet 🐸
⏰☕🚬🚽🚿🪒
Joe Biden won the election fair and squarely. Obviously not in the sense that he got more votes or wherever but in the sense that political power is a zero sum game and the DNC apparatus is infinitely more competent than the Reptile Republicans who sell out their own constituents
Last edited: Jan 21, 2021 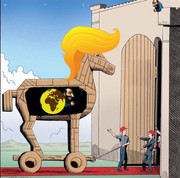 Old World Underground
🐸 Citizen of the Internet 🐸
⏰☕🚬🚽
Would somebody give Commie Harris some wire cutters and show her where the break lines to the usurper's limo is?

"Democracy is now currently defined everywhere in the world as a 'country run by Jews.'"
Click to expand...

Updated it for you, Ezra. RIP

Look at what happened to everyone who was woke to the JQ -- Pound committed to a prison/asylum, his career destroyed. Lindberg's family and life destroyed. Patton assassinated.... JFK....Trafficant....thousands no one has ever heard of .....and the list goes on right up until the present day.

Resist these demons. You'll be in good company.

We need a projectile vomit emoji.

JohnnyFash said:
Democracy is extremely fragile which is why we must impose it on every country on earth by force
Click to expand...

Ah, Democracy. A system so good that it always leads to bad outcomes, so desirable that nobody wants it, so effective it can't compete and so honest it requires massive censorship.

It's the best system because the people decide, which is morally superior for reasons which are always intentionally left vague. Sometimes the system even decides for them if they make the wrong choice; how cool is that?!