Jews and the New World Order 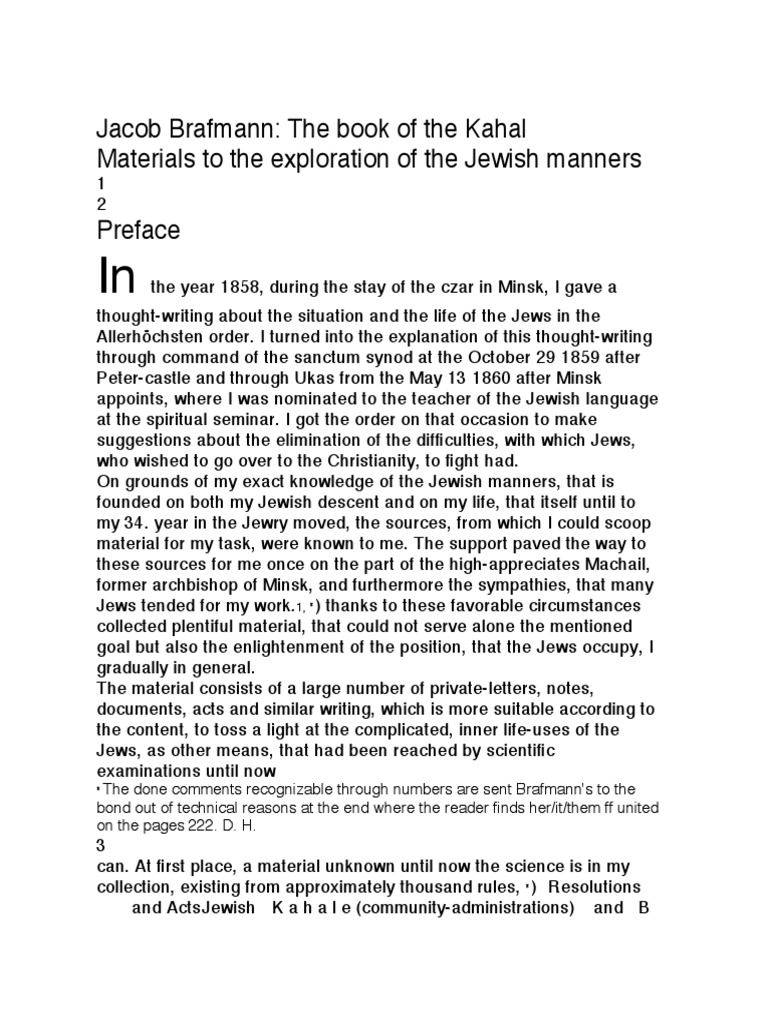 Scribd is the world's largest social reading and publishing site.

@Garfisch
Have you ever heard of or read this book? 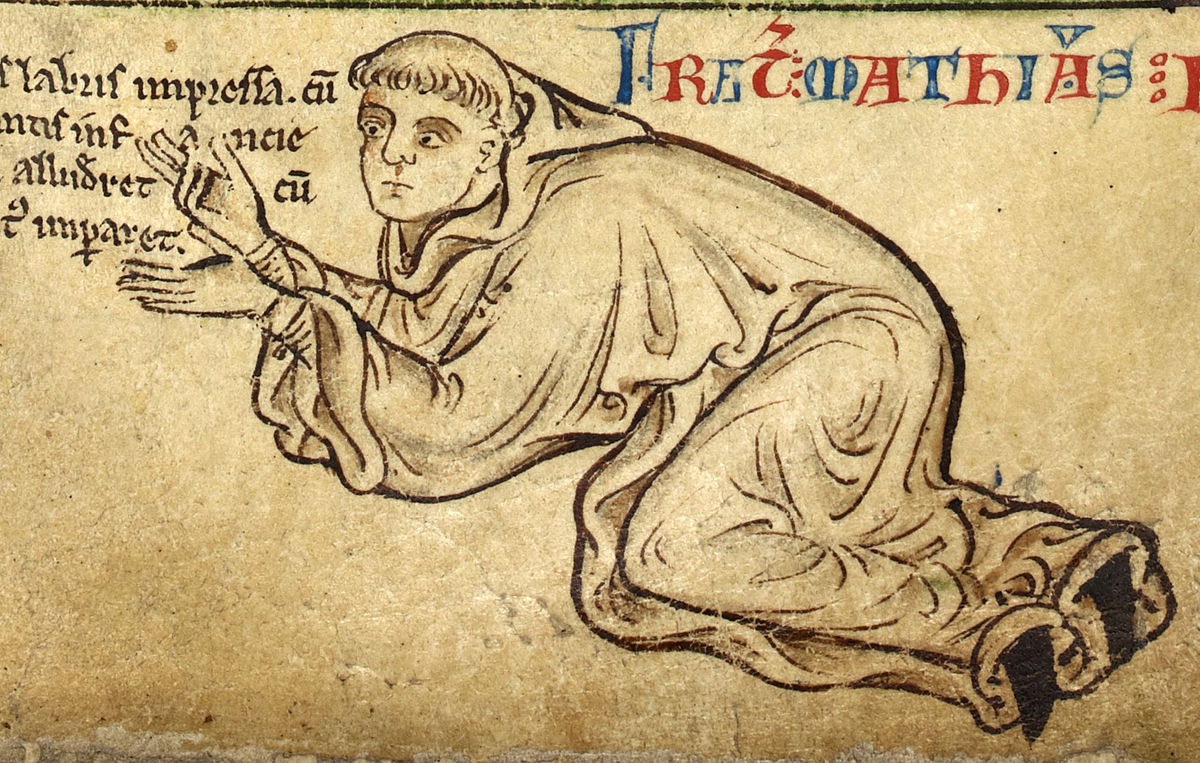 The Medieval English chronicler and monk Matthew of Paris (1200-1259) is famous for his oft-cited historical works the 'Chronica Majora' and the 'Historia Anglorum'. And along with Thomas of Monmouth, Geoffrey Chaucer, and others, Paris is often thought about and originally indroduced in our "anti-Semitic" circles at least as one of the first European scholars to write about the subject of Jewish Ritual Murder. For instance he wrote of Little Saint Hugh of Lincoln and how during Holy Week, 1255, the Jews sought to imitate and reactualize the historical Passion of Jesus in real-time. It was a horrid and frankly Satanic crime that was confessed by the Jew Copin of Lincoln eventually (in exchange for immunity), and even the highest Church authorities as well as King Henry III himself believed at least initially if not long afterwards as well in the Jewish Ritual Murder. Of course, Wiki reminds us today that this was all just some misunderstanding combined with virulent hatred for the color of the nose or something. Here's Paris' original account:

"This year [1255] about the feast of the apostles Peter and Paul [27 July], the Jews of Lincoln stole a boy called Hugh, who was about eight years old. After shutting him up in a secret chamber, where they fed him on milk and other childish food, they sent to almost all the cities of England in which there were Jews, and summoned some of their sect from each city to be present at a sacrifice to take place at Lincoln, in contumely and insult of Jesus Christ. For, as they said, they had a boy concealed for the purpose of being crucified; so a great number of them assembled at Lincoln, and then they appointed a Jew of Lincoln judge, to take the place of Pilate, by whose sentence, and with the concurrence of all, the boy was subjected to various tortures. They scourged him till the blood flowed, they crowned him with thorns, mocked him, and spat upon him; each of them also pierced him with a knife, and they made him drink gall, and scoffed at him with blasphemous insults, and kept gnashing their teeth and calling him Jesus, the false prophet. And after tormenting him in diverse ways they crucified him, and pierced him to the heart with a spear. When the boy was dead, they took the body down from the cross, and for some reason disemboweled it; it is said for the purpose of their magic arts."
Click to expand...

Lots of interesting angles there in that passage above, but the one thing that stood out to me immediately when I first read it was the direct association of Jews with Black Magic or the Occult even way back then. Additionally, what many in our circles maybe are still not yet aware of is that Paris also even reported back in the 13th Century of how excited the Jews were and how enthusiastically they supported the news of the arrival of the terroristic Mongols at the borders of Latin Europe a decade earlier in the 1230s.

"Many Jews from overseas [from the continent], especially from the Holy Empire, gathered secretly, since they believed, that they and the Mongols were of the same origin and these were their brethren, which once had been enclosed by order of Alexander the Great behind the Caspian mountains. The one which was considered to be the most learned and richest among them, held a speech: "My brethren... our God Adonay has permitted for a long time, that we suffer from the power of the Christians. Yet, right now, the time has come, that we will be freed for that with God's permission we should oppress them. Since our brethren, the enclosed tribes of Israel, went out from their captivity to subsume the whole world... So let us approach them with the most precious gifts and let us receive them in greatest honor." What he said was gratefully accepted, therefore they brought all the weapons they could find, and in order to hide their crime better they put them in barrels. Then they told the Christian princes, whom they served, that the Mongols are Jews and that they would drink no other wine than kosher wine;..."But we want" [the Jews said] "to remove such inhuman and bad enemies from [our] midst and we want you [Christians] free from the impending danger of depopulation; therefore we have prepared thirty barrels with deadly poisoned wine, which we would like to send them." The Christians consented, yet when the Jewish convoy passed a bridge in the southern parts of Germany, a guard discovered the fraud. And now it became clear, "that those whom the Christians tolerate, with whom they do commerce, and to whom they are even allowed to lend money, aim at the destruction of the Christianity."
Click to expand...

Matthew of Paris appears here above to be somewhat of a modern rather than a medieval author. In his report, "God" remains a rhetorical figure in the misguided beliefs of the Jews, and we hear nothing about either the Devil or the Anti-Christ, who were central to medieval ideas about almost everything- including conspiracy. The author provides a thoroughly secular account in which the Jews, with the help of their mysterious co-religionists from the Far East, aim at taking rule in the present world at the present time while overtly "oppressing" any and all "Christians" in their midst. If we had no other chronicle from the Middle Ages at hand other than Matthew of Paris' version of the Jewish-Mongol plot of 1240, we would conclude that there is no difference between the medieval and modern concepts of this Jewish New World Order conspiracy.

If we combine his narrative with Thomas of Monmouth's revelation about how the Jewish nasis (Kings) of Narbonne (France) got together each year in order to pre-select which Christian child throughout Europe would be sacrificed next to this Jewish Ritual Murder, then this comparison between medieval and modern suddenly becomes all the more direct and obvious. However the nasi'im of Narbonne will have to wait for another day at a different time for me to sit down and try to incorporate that thread into this long historical prelude that I've tried to construct here on the Jews and their New World Order. Here's a good article, however, offering a sneak preview of that subject:

Thomas of Monmouth and the `Protocols of the Sages of Narbonne', in: Steven Katz/Richard Landes (Hg.), The Paranoid Apocalypse. A Hundred Year Retrospective on the Protocols of the Elders of Zion, New York 2012 (proofs)

Thomas of Monmouth and the `Protocols of the Sages of Narbonne', in: Steven Katz/Richard Landes (Hg.), The Paranoid Apocalypse. A Hundred Year Retrospective on the Protocols of the Elders of Zion, New York 2012 (proofs)

Also, let's keep in mind here that the period 1240-42 was the same period that the Babylonian Talmud was confiscated and burnt en masse throughout France:

1242: France burns all known copies of the Talmud