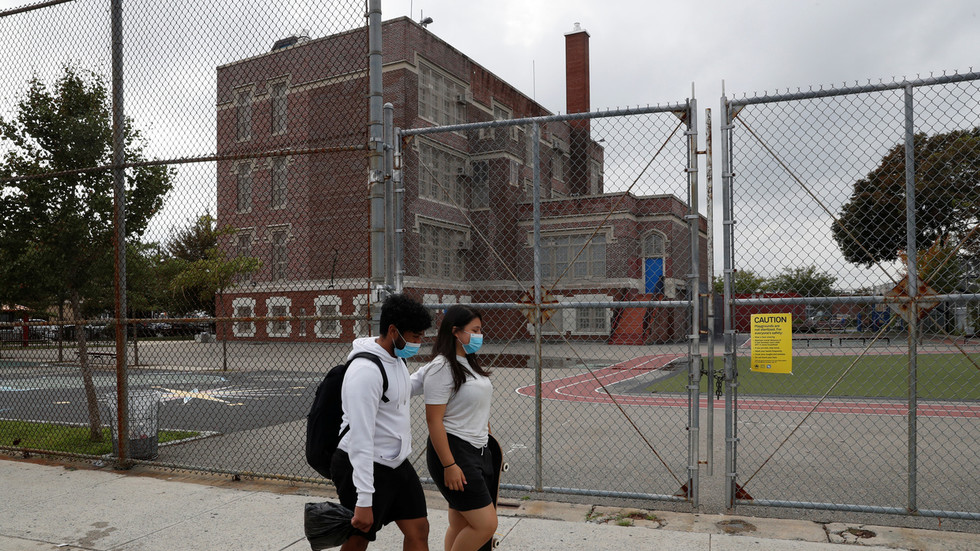 A Jewish teachers’ union leader thinks Jewish parents who want to send their kids back to school are betraying their Talmudic heritage. An opponent thinks that’s an anti-Semitic argument. Now they’re both being hammered online.

A Jewish teachers’ union leader thinks Jewish parents who want to send their kids back to school are betraying their Talmudic heritage. An opponent thinks that’s an anti-Semitic argument. Now they’re both being hammered online.
Teachers in Los Angeles have fiercely resisted a return to in-person learning, even as their counterparts across the country came around to the idea of returning to work. Before the LA educators finally agreed last month to return to work, American Federation of Teachers President Randi Weingarten stuck up for them in an interview with the Jerusalem Post, and accused Jewish parents pushing for a return to the classroom of betraying their ancestors. The interview was published on Wednesday.
Click to expand...

“American Jews are now part of the ownership class,” Weingarten, who is also Jewish, told the Post, arguing that union membership plus public education gave Jewish immigrants the chance to better themselves after they arrived in the US. Parents pushing for a return to classroom instruction, she argued, are “privileged,” and want “to take that ladder of opportunity away from those who do not have it.”

Weingarten didn’t make it clear how Jewish parents who want their children back in school are taking opportunities away from less fortunate groups of immigrants, but long before she was questioned on her argument, she was accused of anti-Semitism.

As Weingarten, Ungar-Sargon, and hordes of commenters battled it out online, children across Los Angeles County remained at home. United Teachers Los Angeles employees will begin teaching again this month, but only after its members lobbied successfully for a $500 per month childcare stipend. The same union was sued by parents at the beginning of the month for allegedly failing in its duty to students, after it made a return to the classroom last year conditional on dramatically reduced hours, and on the city passing a wishlist of left-wing policies, including defunding the police, creating single-payer healthcare, and addressing “systemic racism.”
Click to expand...