Last night, SNL falsely accused Israel of vaccinating only its Jewish citizens.@NBCSNL's "joke" is a modern twist on a classic antisemitic trope that has inspired the mass murder of Jews.

Nigga y’all bes be said you be surry to dem joos. Y’all know how they gon do a nigga.

I mean, they really do come at you. It just feels like the whole world is closing in on you, as soon as you make one mild joke about Jews.

At least two Jewish organizations are demanding an apology from Michael Che after a joke he made on Saturday Night Live this weekend.

During the ‘Weekend Update’ segment, which Che co-hosts with Colin Jost, Che made light of the vaccination efforts taking place in Israel.

‘Israel is reporting that they’ve vaccinated half of their population,’ Che says as he sets up the joke.

‘I’m going to guess it’s the Jewish half,’ Che concluded.

‘The claim is categorically false: every Israeli, regardless of religion or ethnicity, is eligible for the COVID vaccine, and more than two thirds of Israel’s Arab citizens over 60 have already been vaccinated,’ the petition reads.

‘Saturday Night Live’s ‘joke’ isn’t just untrue—it’s dangerous, a modern twist on a classic antisemitic trope that has inspired the mass murder of countless Jews throughout the centuries.

‘In the Middle Ages, thousands of Jews were burnt at the stake after being blamed for the Black Death and accused of protecting only themselves.

‘In the 20th century, the Nazis accused Jews of spreading disease and seized on that falsehood to justify imprisoning Jews in ghettos and carrying out the mass murder of European Jewry.

‘Words have consequences, and Jews are at risk when a major American TV company joins with those who claim Israel is favoring only a portion of its citizens in its admirable efforts, praised by Dr. Anthony Fauci and others, to vaccinate all of its residents.’

StandWithUs, a pro-Israel advocacy group, is also demanding an apology.
Click to expand...

Jews really have bad luck. Everyone’s been out to get them for literally no reason, all throughout history.

It’s just so perplexing that they’ve managed to survive this long, having all odds against them.

Here’s that joke again, just so you can be reminded of just how vile it truly was.

Cave Beast
🐸 Citizen of the Internet 🐸
⏰☕🚬🚽🚿🪒
Keep up the good work Elvis. You and Snake Baker be killin it homie.

🐸 Citizen of the Internet 🐸
⏰☕🚬🚽🚿🪒🏋🏻
Escaped True Master
Black lives don’t matter as much as jew lives. Time to accept the truth niggers

‘In the 20th century, the Nazis accused Jews of spreading disease and seized on that falsehood to justify imprisoning Jews in ghettos and carrying out the mass murder of European Jewry.”
- lol, don‘t leave anything out kikes 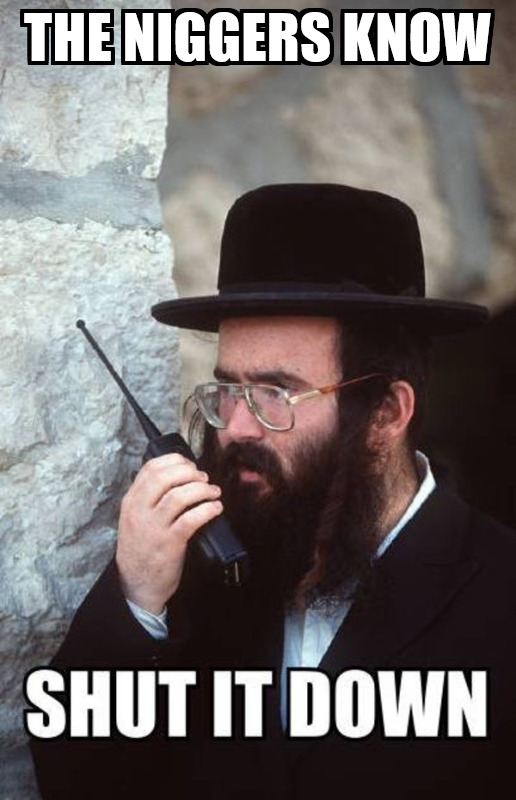 Old World Underground
The Jew controlled Clinton government could have stopped the Rwandan genocide.
They certainly knew about it.
But just as with the deaths of half a million Iraqi children - a 'price worth paying' according to Jewess Albright, it seems that life is very very cheap if you are goyim and of no use to the Jews political strategies.

‘Saturday Night Live’s ‘joke’ isn’t just untrue—it’s dangerous, a modern twist on a classic antisemitic trope that has inspired the mass murder of countless Jews throughout the centuries
Click to expand...

I would say that the net consequences societal, personal, and otherwise of not allowing this joke and of not being forced to engage in the simple truth that the joke represents has inspired the mass-murder of countless millions of non-Jews throughout the centuries.

But that's just how I would see it- of course.

Although objective history may just see it that way too obviously. Especially as repression of the Jewish Question has actually directly led to millions upon millions of naive goyim being slaughtered wholesale by Organized Jewry over these centuries. Look at the Soviet Union for one of the most recent examples. History agrees that the Jewish Question was not only taboo but outright forbidden there by law once the Bolsheviks took over. History agrees that so-called "anti-Semitism" was a very serious crime too after that time. So the direct consequence of Russians not being able to discuss the Jewish Question earnestly and openly led to tens of millions of Russians being genocided by the Soviet machine- which was obviously Jew-dominated at least in its earliest period.

What we're doing here as a society is that we're dictating and formalizing the idea that Jew-led genocides are ideal and even imperative whilst genocides upon Jews- whether they are real or just totally imaginary like the last one Jews claim- are the worst thing in the world period and of the worst kind of evil. That is exactly what this type of decision represents overall in the larger scheme of the world and its "public opinion".

We must protect the Jews at all costs- even to the cost of just some adolescent joke- because the lives of Jews represent all that is good in the world whilst the lives of ordinary White people and their ability to actively defend themselves from Jewish-led genocides like in the Soviet Union just lack priority or any urgency whatsoever!

Where? Show me where in the world Jew numbers are either dwindling or at risk of diminishing significantly? Now compare that with White numbers currently- yeah.

And just like the last major time Jews screamed "genocide" against them collectively, their demographics and their overall numbers magically only increased from the beginning of that "genocide", that "threat", until the end, so I would only imagine that still today the demographics and the numbers bear out that nowhere is Jewry today at risk of anything whatsoever either!

Yet the overall White population does decrease thanks to this ongoing Jew-led genocide against White people throughout the Western world today. And that direct evidence doesn't even warrant the slightest increase of perceived "threat" level within the population whatsoever. Is it scientifically-deduced, here, in this matter that White people would just rather kill themselves than live in a world so dominated as it is today by Jewish Power?

These are the exact characteristics of a society and a world where Jews already right now dominate everything. Yet if they do dominate everything, then how can Jews be "at risk" themselves? Maybe the Jews are actually giving voice to the "risk" they are in of losing that full-spectrum-dominance, no?

If anything it is the potential (and actual) victims of Jew-led genocides who are today "at risk".

And being able to openly talk and even joke about the Jewish Question would only diminish that risk. Which is why Jews will never allow it!
Last edited: Feb 23, 2021 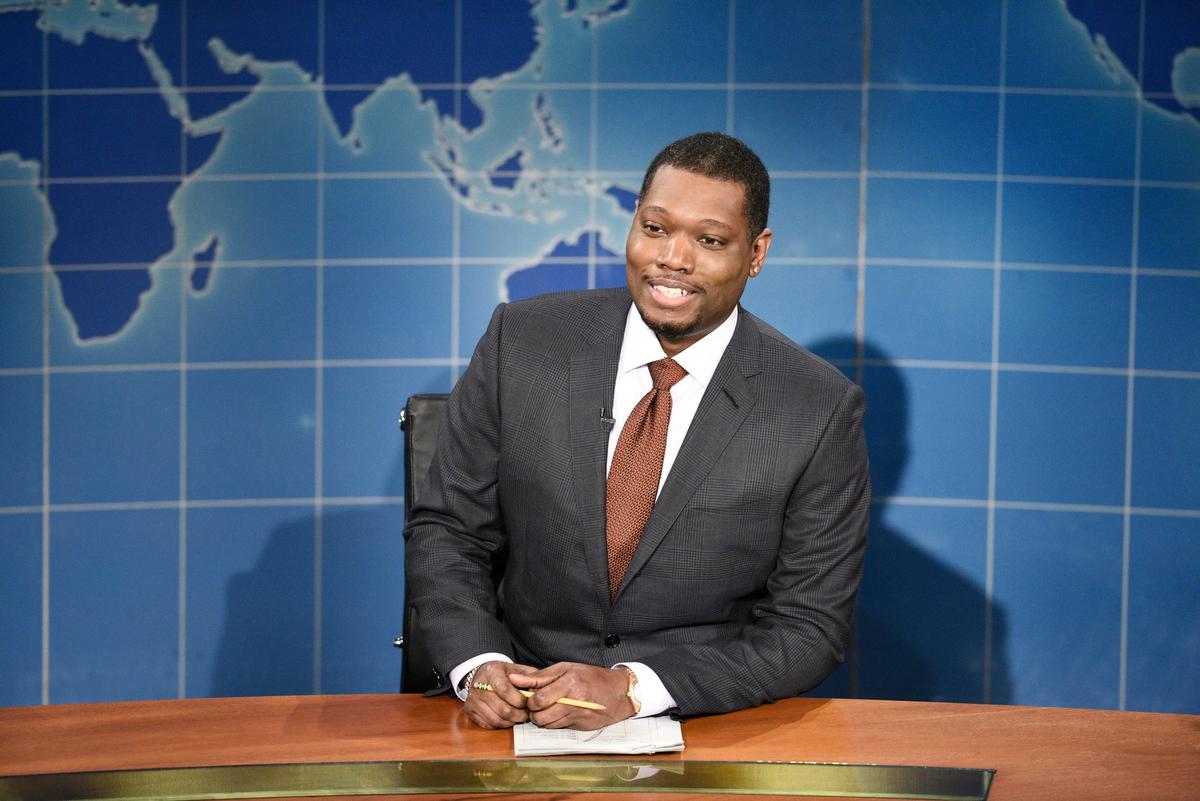 The comedian revealed something important about today’s left. The sooner we get the joke, the better.