Japan’s 49th general election, where voting takes place to appoint members of the Diet to the House of Representatives, is officially scheduled for October 31, drawing an especially large amount of attention as it’s the first general election in the Reiwa era. The election requires huge preparation all over the country, as representatives are appointed through voting blocks that correspond to cities, districts, and towns.

One such city is Ota in Gunma Prefecture, which anticipates a voter turnout of over 100,000 voters. The voting process is performed with voter slips and pencils, but this year there’s a spanner in the works: namely, the COVID-19 pandemic, and the safety measures required to minimize the spread of the virus.

As part of the precautions, voters at Ota’s polling places will take the pencil they’re given to fill in their ballot home with them, so that each writing instrument will be only be used by one person. Complicating matters further, the starting date for early voting was brought forward to October 20, meaning that the specially treated, bacteria-resistant pencils needed to be ordered in a hurry to meet the deadline. And the pencils in question don’t come pre-sharpened.

City employees have been tasked with the monumental duty of sharpening each of the rush-ordered 10,000 pencils on their breaks in between work. As of October 19, they only had 300 pencils left to sharpen, and will also need to sharpen the bigger customer order of 103,000 pencils as it arrives so that voters can use them through the voting period.

Naturally, the image of public servants frantically sharpening pencils during their breaks has captured the public imagination and caused some jeering, especially from proponents of a digital voting system. Twitter users were more than happy to offer alternative solutions, too.

“Why not order disposable pencils…? Each of these costs between six and seven yen (US$0.05 to US$0.06). You’re currently frittering away human labor costs.”

“How essentially Japanese. Rather than even discussing the potential of online voting to present COVID-19 transmission, the city staff is personally sharpening 10,000 pencils.”
“Won’t you consider a digital option during these COVID-19 times…? This is really the Digital Agency’s time to shine. Sharpening pencils on their breaks… Can’t you at least order mechanical pencils?”
“This is absolute madness.”
“Wish they’d give me a job shaving thousands of pencils.”
Click to expand...

After just shaving a few pencils in a row my fingers start to go numb, so spare a thought for the hardworking pencil sharpeners in Ota, and cross your own fingers that they manage to supply enough pencils for all the voters that need them.
Click to expand... 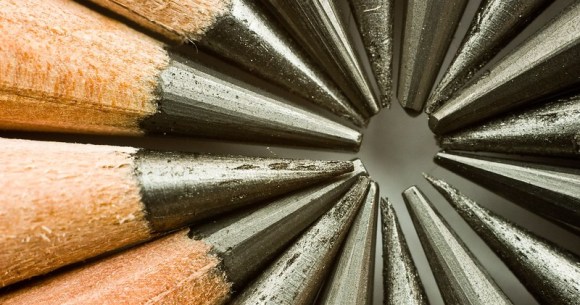 Old World Underground
🐸 Citizen of the Internet 🐸
⏰☕🚬🚽🚿🪒
Proves Asia doesn't know more than we do about anything. The myth of Asia being a high society needs to die.

Trevor said:
Proves Asia doesn't know more than we do about anything. The myth of Asia being a high society needs to die.
Click to expand...

SouthAfricaEmpire said:
Yes but they can be admired unlike niggers plus East Asian women are beautiful 🥺
Click to expand...

Of course I agree but... multiple things here regarding COVID (and others) that are falsehoods that Asians tend to believe harder than Americans:

Trevor said:
Of course I agree but... multiple things here regarding COVID (and others) that are falsehoods that Asians tend to believe harder than Americans: