Israel: Prominent Anti-Vaxer Dead After Being Poisoned by Jew Cops!

I believe this Jew was assassinated by the Jews.

He was a prominent anti-vaxer, and then all of a sudden he’s dead “from covid-19” after saying he was going to be assassinated?

A prominent Israeli vaccine skeptic, who earlier accused the Jerusalem police of trying to poison him, telling his followers that “if anything happens” to him they should assume he was “assassinated,” has died of Covid-19.

Hai Shaulian, an anti-vaxxer with a significant social media following and an organizer of protests against facemasks and vaccination, died at the age of 57 on Monday morning from complications linked to Covid-19, according to the Jerusalem Post and other local outlets.

In a video he published on social media from his hospital bed several days before his passing, Shaulian claimed he had been mistreated by the police after his arrest in early September. The activist was detained at a protest against the Green Pass system – which limits access to venues and events for unvaccinated Israelis – in Jerusalem and brought before the judge the next day. Shortly after that, he started feeling unwell and was placed in Edith Wolfson Medical Center in Holon where his tests returned positive for Covid-19. Shaulian was, obviously, not vaccinated against the virus.
Click to expand...

In the clip, he said that after his arrest, an officer put his leg on his neck and went as far as suggesting that “the Jerusalem police tried to poison” him because of his campaigning.

“I have never felt this way in my life,” he told his followers. “I fought this for the entire week as if nothing had happened, but today I could no longer breathe and went to my healthcare provider and from there I was taken to Wolfson Hospital.”

“If anything happens to me — you know it’s an attempt to assassinate me.”

Shaulian’s condition kept deteriorating in the following days. His last post on Saturday was text only as he was already “unable to talk and respond to people.”

News of Shaulian’s death saddened and angered his followers on social media, many of whom supported the assassination theory, blaming the police and even Israel’s Shin Bet secret service of the “crime.” Others went as far as to suggest that the activist died because he wasn’t provided with proper care at the hospital due to his views.

There was no official reaction from the Jerusalem police to the accusations of poisoning.
Click to expand...

The vax is very important to these Jews.

People are saying “why would the Jews vax themselves???” and it’s like, “well, did you think that Satan’s own children would not receive the Mark of the Beast???”

Of course there are some Jews that resist it. But this guy was literally in police custody. How easy would it have been to poison him?

And how perfect is it for the Jew media – “prominent anti-vaxer dead of covid-19”?

We don’t even have a single other case of an anti-vaxer anywhere in the world dying of the alleged virus. But we get one in Israel, who had just been in the custody of the Jew Police, and said the Jews poisoned him?

Hai Shaulian, one of the foremost anti-vaccine activists in Israel, died Monday morning of coronavirus.
Shaulian was hospitalized approximately one week ago in Holon's Wolfson Medical Center, after being diagnosed with coronavirus. His condition quickly deteriorated #AntiVaxxers pic.twitter.com/tvaShB4lZd

Even as his condition deteriorated, leading Israeli anti-vaxxer Hai Shaulian posted a message to his followers urging them not to give up. Some now believe the Israeli ‘establishment’ killed him for revealing the ‘truth’ about COVID https://t.co/IDAZw10vQc

I do not believe this for a second.

Cave Beast
🐸 Citizen of the Internet 🐸
⏰☕🚬🚽🚿
Lots of people dying from the Short Illness.

Well, at least these ones are still mostly kicking:

No Short Illness for them- no!

VincentVanZimmerman said:
Lots of people dying from the Short Illness.
Click to expand...

Gee, they should make a vaccine for this

Old World Underground
🐸 Citizen of the Internet 🐸
⏰☕🚬🚽🚿🪒🏋🏻
Some nurse on Reddit bragged that an unvaccinated Covid patient begged for ivermectin before she gave him sleepy drugs and put him on a ventilator. He died, like all patients who receive that sort of "treatment".

Do you have a link? 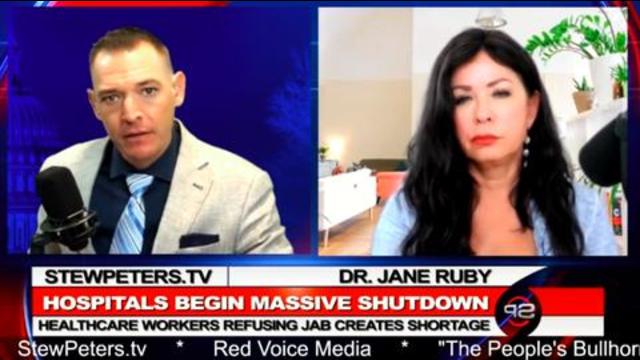 Dr. Jane Ruby joins the Stew Peters Show to reveal the dangers COVID patients are encountering in hospitals in America, particularly "unvaccinated" patients presenting with COVID-like symptoms! More on the Quackzine and other topics you may have mi…

They killed veronica wolski in chigaco... because she went into the neo oven AKA hospital.

Short illness is the new black😉

Dude in the middle looks like a shorter, browner Louie Anderson.

Angryguy said:
Do you have a link?
Click to expand...

Can't find it, and that wouldn't prove it true anyway, but the propaganda is raining down so heavily now that in the pro-vaxers' eyes, we deserve to die for spreading this deadly disease. So either stay away from hospitals or tell them you're vaxed.

India crushed its Delta epidemic with Ivermectin. The Jews media censored this story and continues to eagerly spread disinformation against Ivermectin.

Cave Beast
🐸 Citizen of the Internet 🐸
⏰☕🚬🚽🚿🪒
This iz some real hustling

Yea they just oops turn the pressure up a wee bit and your lungs can never breath on their own properly again. Also they are withholding antibiotics to people on vents which is sure to give you a bacterial infection. Vents are still being used on people for COVID after all the data we have about them not working (COVID doesn't harden the lungs like normal pneumonia so the vents are worse than useless), this is how you know that people are being murdered in droves.

Absolute trope and a canard. Get me Greenblatt

🐸 Citizen of the Internet 🐸
⏰☕🚬🚽🚿🪒🏋🏻
Escaped True Master
A rare example of jew on jew violence. A lower level nationalist jew who cared about his community killed by the elite cabalistic higher level jew. If somebody really wanted to, they could use this to drive a wedge between common jews against their elite NWO jews that are oppressing them as well. So much for jews being so ethnocentric that they only care about their own.

We shouldn't even have to consider though that this dead jew is only looking out for his fellow jews and he certainly wouldn't be giving a care in the world for those filthy goyim like us and if we get the poison shot or not. I can at least respect that he is doing what is right for his people instead of going along with the "tikkun olam", even if that dude is my mortal racial enemy.

Hopefully continued actions such as this will disrupt the international jews NWO agenda as they begin to infight with jews on the inside realizing this agenda is turning on them as well.

Cave Beast
🐸 Citizen of the Internet 🐸
⏰☕🚬🚽🚿
Well, the Irgun was happy to bomb Baghdad Jews in order to terrorize them into packing up and heading for Palestine. There is a medal commemorating the co-operative agreements between Hitler's NSDAP and the Irgun to channel European Jews to Palestine with a Star of David on one Side and Swastika on the other.