Homeowner Fatally Shoots 3 "Teens" Who Fired At Him In Robbery Attempt! 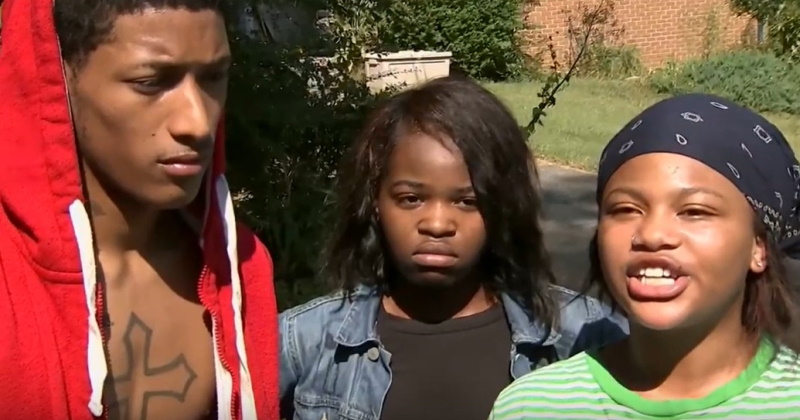 Homeowner Fatally Shoots 3 Masked Teens Who Fired At Him In Attempted Robbery, But Relatives Of One Suspect Say They Didn’t Deserve It

Isaiah Reid, Jaime Hernandez, and Brandon Gresham lost their lives when they fired at a homeowner during an attempted robbery.

"According to the Rockdale County Sheriff’s office, the two 16-year-olds and a 15-year-old, wearing masks, attempted to rob three residents in the front yard of a Conyers, Georgia home at 4 am on a Monday morning. After approaching the home on White Oak Court, one of the teens brandished and fired a handgun. A resident returned fire, hitting all three suspects. None of the victims of the attempted robbery were injured, but all three teens died — one at the scene and the other two at a local hospital."


SURPRISE! another nigger lol
Thank you for your service, liddle teens!

Postuma said:
Homeowner was a "person of color". Good shooting. A credit to his race.
Click to expand...

I suspect he had some training with Whites, army or something.
3 good shots it's huge for a dindu.

travis_bickle said:
I suspect he had some training with Whites, army or something.
3 good shots it's huge for a dindu.
Click to expand...

It took thirty rounds tho...

kerrang said:
i know him

Old World Underground
🐸 Citizen of the Internet 🐸
⏰☕🚬🚽🚿🪒🏋🏻
Another happy ending. Niggers are so fucking stupid.

That homeowner was doing the job White Supremacists can no longer do - kill niggers.

I've seen 13-year old niggers in the public schools that fit this description.

Also with knives and guns - that were covered up by school officials.

Also with knives and guns - that were covered up by school officials.
Click to expand...