Hammering Thor: Rewriting History So that All Vikings are Black Lesbians

Cave Beast
⏰☕
I was introduced to Jim Goad about a decade ago by a leftist who hailed Goad as an example of an honest (maybe the only) conservative.
I read many of his articles on Taki Magazine, but it's been years since I simply forgot about him. Somehow he made into my mind today, so I looked him up.
Boy, I wasn't disappointed:

Steve Rose takes a nerdy solace in the fact that Hollywood is ritually destroying Nordic lore to the point where it bears no resemblance to its origins:

As if Thor: Love and Thunder wasn’t the gayest-sounding film title of all time, a scene in the trailer between Thor (Chris Hemsworth) and Star-Lord (Chris Pratt) is so gay it’s guaranteed to give you AIDS with only one viewing.

It’s high time for a movie where a crew of violent, hairy, old-school Berserker Viking pirates wash ashore somewhere in Malibu and lay waste to every last trace of the Hollywood film industry.
Click to expand...

It shatters the agenda.

Old World Underground
🐸 Citizen of the Internet 🐸
⏰☕🚬🚽🚿🪒
It seems that it has been bashed by some people who demand that it should feature at least a few niggers: 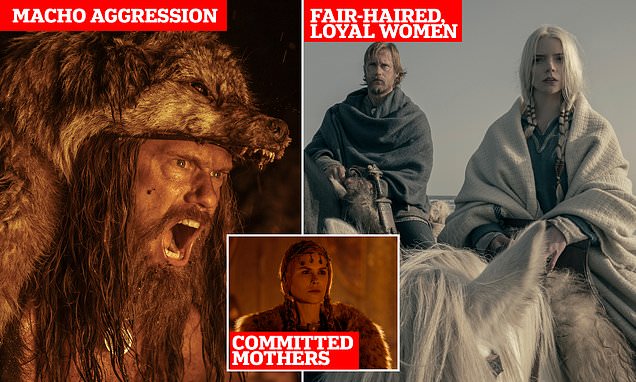 The new blockbuster The Northman has been praised by 4chan users for 'restoring pride in our people', saying the Viking film would be 'epic.'

I wonder who these people are driving these demands. Could it be a Skype bastard?

👑
🐸 Citizen of the Internet 🐸
🎩
⏰☕🚬🚽🚿🪒🏋🏻🥓💻⛪️🍖 💻
I've met some pretty based pagan racists and I'm sure that sentiment is growing. I will live adjacent to them and convert them as my ancestors did so long as we are teamed up against diversity.

Vilis_Hāzners said:
It shatters the agenda.
Click to expand...

Nope, it also has hidden agenda in it, but subtle.
Hollywood movies will always be shit, no matter what.

Jebal_Dokundy said:
Nope, it also has hidden agenda in it, but subtle.
Hollywood movies will always be shit, no matter what.
Click to expand...

What "agenda" would that be? Outside of heathenry.

GoodOlboY said:
I've met some pretty based pagan racists and I'm sure that sentiment is growing. I will live adjacent to them and convert them as my ancestors did so long as we are teamed up against diversity.
Click to expand...

Vilis_Hāzners said:
What "agenda" would that be? Outside of heathenry.
Click to expand...

It's simple: rewriting stories to fit their needs. Hero is antihero and helps to obliterate some poor village which hasn't any gold, his mother is portrayed by post wall plastic surgery disaster actress and so on. Instead of filming story of one Skeggi who went from Iceland to rob burial chamber of king Hrolf Krake, those kikes just re tell story of Hamlet and badly.
I have to stress out again that they want to rewrite our history and they want it to look dumb, bland and tasteless to force us to be ashamed of it.
If you wanna know how it's done, look up Our Subverted History from Asha Logos, all necessary bits are disclosed there.

Old World Underground
🐸 Citizen of the Internet 🐸
⏰☕🚬🚽🚿🪒
It has gotten me thinking about the slavery (trälar) that occurred in the past. I can't say that I support slavery, from a tribal, pre-christian mindset the way that they viewed the value of life is different from today. I can understand from this mindset that I might be better if a member of another rivalling tribe is better off dead.

When looking into modern people today, the society is full of people who don't seem to be capable of taking care of themselves or think for themselves. It is as if such a person is genetically predisposed to live as a slave. If such a person is "set free", he or she will only succumb to a decadent lifestyle of alcohol or drug abuse.

It has had me thinking about whether we have groups of people who are genetically predisposed to have certain roles in society. @Craniology could perhaps answer such questions but I haven't seen him around for ages.
You must log in or register to reply here.
Share:
Facebook Twitter Reddit Pinterest Tumblr WhatsApp Email Link
Top