German economist "We should have let corporations fail in 2008". Could be twice worse now 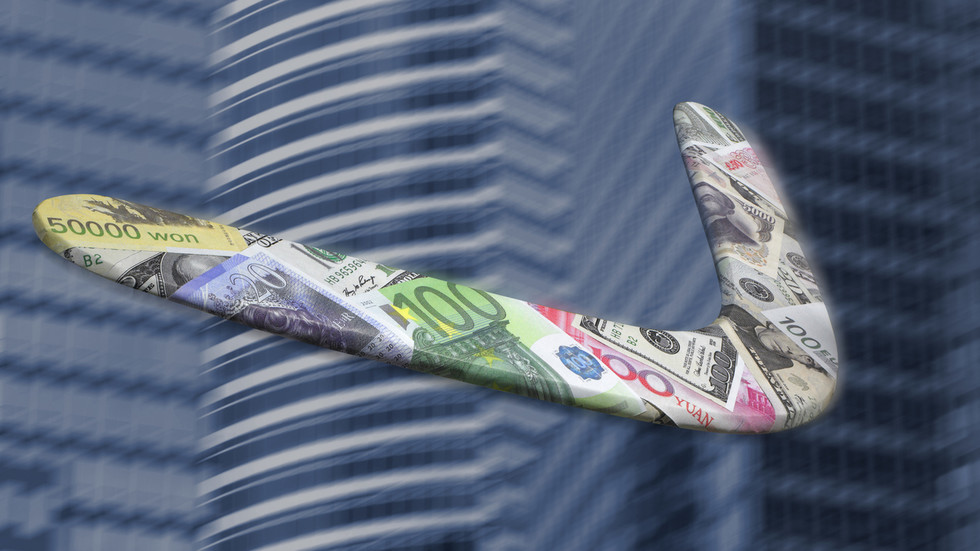 The ongoing crisis in the global economy triggered by Covid-19 could have been predicted long before the pandemic hit, German economist, fund manager and book author, Max Otte, said in an interview with RT.

The ongoing crisis in the global economy triggered by Covid-19 could have been predicted long before the pandemic hit, German economist, fund manager and book author, Max Otte, said in an interview with RT.
Some signs of the looming crisis had been visible months before anyone had heard of the new virus that then turned into a pandemic and shook the global financial order, Otte believes. In fact, he foresaw the crisis back in the fall of 2019, when he published the book ‘World System Crash’.
Click to expand...

“There were clear signs that we were approaching a global economic crisis. The situation in the market showed problems in the machinery industry, in the production of cars, and in many other areas,”
Click to expand...

When the economic downturn occurred at the beginning of 2020, it coincided with the pandemic, Otte believes. So, we had a long-predicted “systemic crisis” that was masked by “authoritarian” measures enforced by the governments.
Click to expand...

We have fewer products and prices are rising. So, both of these things coincide now. We are dealing with a significant systemic crisis – we are in the midst of it,” Otte stressed.

Despite the official estimates from the World Bank and the International Monetary Fund as to how much the global economy shrank, the economist believes it is almost impossible to calculate the real impact. The cost of current crisis could be twice as much as the one we saw in 2008 because, back then, it was mostly the demand side that was hit, and now we have a “shock” in the supply market, according to Otte.
Click to expand...

The system should have fallen back in 2008, when the financial bubble popped, but governments opted to save companies instead of letting the weak ones collapse. Moreover, this was done with taxpayers’ money. According to the economist, it would have been better if the firms that produced nothing, especially in the field of finance, had vanished from the market altogether.

While the crisis has hit the middle class and small- and medium-sized businesses hard, large corporations, especially those in big tech, reaped huge benefits. Indeed, Otte says the Covid-19 crisis has become a “massive stimulus program” for the likes of Jeff Bezos, Bill Gates, and Mark Zuckerberg.
Click to expand...

This shows the “transformation” of the current system from small businesses towards big online corporations. The process will result in job cuts affecting many people, while the rich get will get even richer, the analyst acknowledged. He cited as an example Amazon CEO Bezos’ enormous gains – his holdings of shares jumped by $55 billion last year.

“The fact that one stake has grown so much in one year indicates that we are rebuilding the economy at a rapid speed, but we have not thought what this means at the political level,” Otte said.
Click to expand...