Old World Underground
🐸 Citizen of the Internet 🐸
⏰☕🚬🚽🚿🪒
Purge the evil at the root?

Zoot alors! This sort of talk could catch on.

Enwar said:
Only problem is that if these generals try anything, UN forces would come in immediately and destroy them. Such is the result of globalism. Everything is always under control at all times.
Click to expand...

🐸 Citizen of the Internet 🐸
⏰☕🚬🚽🚿🪒🏋🏻🥓
Escaped True Master
I always suspected the French would be the first to rise up against their native ZOG. Not surprised.

What's completely shocking to me is that the Irish are putting up with any of this shite, violent muslims, EU nonsense, etc.

🐸 Citizen of the Internet 🐸
⏰☕🚬🚽🚿🪒🏋🏻
Escaped True Master
Another good news, Hervé Ryssen just got out of prison:
To sum it up, he was in the 5% minority of whites and had to deal with chimpouts and nigger anti white prison guards.
Hell.

"our slavish alignment with the Anglo-Saxon political and military doctrine"

It really pisses me off that "Anglo-Saxon" has become a byword for this sort of thing. I do not dispute that it's the reality of the Anglo-American power in the past few centuries, but it irks me in the same way as getting in trouble at school or with your parents over something another kid did. I don't like having our name stamped on the doings of global Jewry and their goy enablers.

Cave Beast
🐸 Citizen of the Internet 🐸
⏰☕🚬🚽🚿🪒
One may think that a lovely spring day is an invitation to stroll by the river and indulge in idle pleasantries, but you would be wrong. For on this day, the French generals called for their military and all loyal citizens to make haste and finally cast the jews from their land. 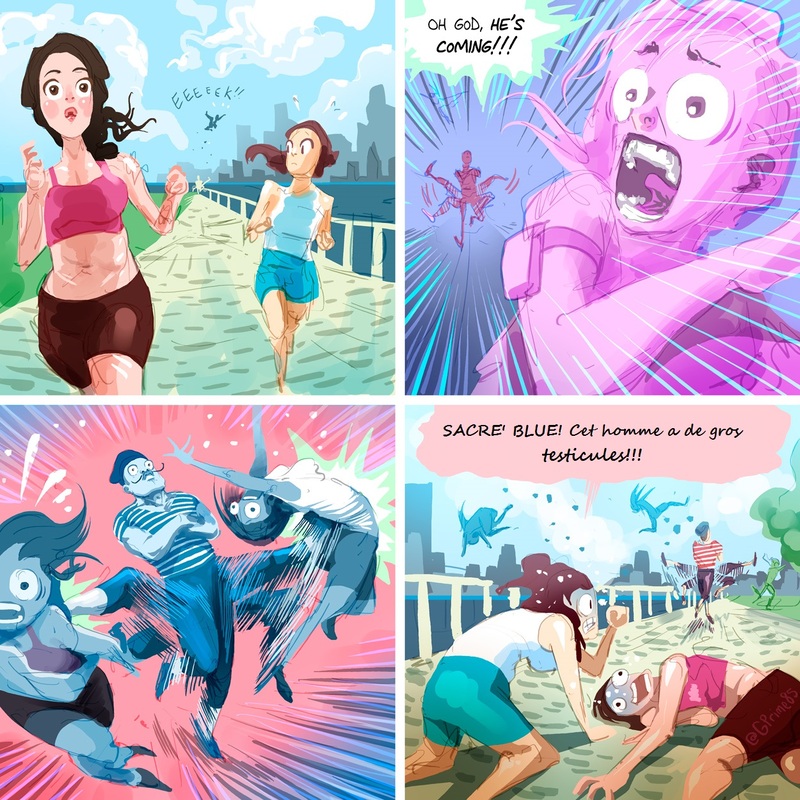 Exactly. Look at the history of UN intervention. Pretty pathetic.

zuckerborglol said:
I'm not so sure that's the case. Our enemies would like us to think they are more powerful than they are. Would american troops really fight French soldiers fighting Islamic invaders?
Click to expand...

🐸 Citizen of the Internet 🐸
⏰☕🚬🚽🚿🪒🏋🏻
Escaped True Master
Is there an English source for the second letter?

The Lodger said:
Exactly. Look at the history of UN intervention. Pretty pathetic.

The UN is a joke. They couldn't organise a booze up in a brewery.
Click to expand...

Yeah true, they couldn't even stop the Rwandan genocide. Plus, couldn't Russia, China, or any other permanent members of the UN Security Council just veto any UN actions in France? I'm not really sure how the UN works.

So yeah, America, Russia, China, the UK, and interestingly enough, France, are the 5 permanent members of the UN Security Council. Any one of them can veto any actions if I understand correctly. Plus there is no way that America would allow UN troops from China or Russia into western europe.

I'd be more worried about NATO. Old World Underground
🐸 Citizen of the Internet 🐸
⏰☕🚬🚽
@Walter and others.

Just to make it clear :

- the first letter by 20 retired generals, published in the French Breitbart (Valeurs Actuelles) albeit lukewarm in tone and content (blahblah, antiracists are the real racists, jihadists and brown gangs are bad, the government should stop fiddling around and rigorously apply existing laws otherwise we'll end up with a civil war) did cause a stir. For days, it was headlines news and you'd have thought an attempted coup just took place. The (female) minister of Defense said these guys will all get purged from army files and lose all their official titles, veteran entitlements, aso.

- the 2nd letter, mentioned in the OP and much more BASED in tone, received precisely 0 coverage. I discovered it in here, lol, and I do keep up with the news. It was published on some obscure blog and only gets mentioned in the conspiracy sphere. I looked up some of the handful of signatories, they are not even generals, but retired vice admirals, colonels, aso. The main guy seems to have been writing for some time against globalism, NATO and the French AIPAC (CRIF). But I'd never heard of him till to today. So, nothing much to see, on the whole.

And don't get your hopes high that the French military will soon rise up. As I've told you, no one mentioned the 2nd letter, and the 1st letter was disavowed and criticized by all the active French forces' top brass (to the tune of "our values, our democracy").