Roundly rebuking his neo-liberal globalist political philosophy, the French public has refused to grant President Emmanuel Macron a parliamentary majority as Marine Le Pen’s populists on the right and an ecological alliance on the left surged at the ballot box to strip the once self-described ‘Jupitarean’ leader of his ability to govern France firmly.

Just under two months after securing a second term as President of France, Emmanuel Macron and his Ensemble! coalition have suffered a disastrous result in the final round of voting in the parliamentary elections on Sunday, securing just 245 seats, far short of the 289 necessary to maintain a governing majority and at the low end of polling projections leading up to the vote.
Click to expand...

Three of Macron’s ministers lost the election, one of them to a black woman who worked as a maid in a hotel​

The night’s true victor — at least in terms of exceeding expectations — was perhaps Marine Le Pen’s National Rally (RN), which saw a surprising result of 89 candidates elected to the National Assembly, the most in the history of the party, including its predecessor National Front. Le Pen’s party, which previously only boasted eight representatives, will now have enough representation to form a parliamentary group, providing a major boost to the party in terms of prominence in the national discussion and the ability to fundraise.

Prior to the second and final round of voting on Sunday, posters had estimated that RN would win between 25 and 45 seats, suggesting that anti-Macron sentiment was strong enough to convince left-wing voters to side with Le Pen to prevent the neoliberal president from retaining his grip over the parliament.

Hailing the stunning result for her party, the populist firebrand said: “This victory is that of the French people. Tonight, they have taken their destiny into their own hands by making Emmanuel Macron a minority president. This victory is yours!”

In all, Macron will lead the largest party in the French Parliament but without an overall majority at 245 seats, according to the French interior ministry. The hard-left NUPES (New popular ecological and social union) performed roughly as polled and won 131 seats. Marine Le Pen’s National Rally outperformed expectations to take 89 seats. The Republicans, the once establishment party of former president Nicolas Sarkozy came fourth with just 61 seats: just 15 years ago, they won 313.
Click to expand...

The huge upset at the parliamentary level for the National Rally comes after the party secured the largest vote share in the history of the party in a presidential election in April, in which Le Pen received 41.5 per cent of the vote share. While the vote represented a comfortable margin of victory for President Macron, RN saw significant gains among younger millennial voters as well as winning the working-class vote, spelling a potential downfall for the so-called centrist consensus pushed by globalist elites such as former Rothschild banker Macron.

Though Mr Macron had cast himself as a leader akin to the Roman god Jupiter and had promised in 2017 that his presidency would unify France by doing “everything in the five years to come so there is no more reason to vote for the extremes,” he has apparently failed on this front, with the socialist NUPES coalition headed by far-left Jean-Luc Mélenchon winning 131 seats, making the hard left the largest opposition voting bloc in the parliament, should the group of socialists, communists, and greens maintain a unified front… something which could prove difficult for Mélenchon.

Celebrating his far-left coalition’s success in preventing Macron from securing a majority, Mélenchon said: “The great upsurge of history, of the France of rebellions and revolutions, has a face. That of NUPES. Not for a moment do we give up on the ambition to govern and bring the country to another horizon.”
Click to expand...

“These challenges that are coming, we will meet them with a strength that we did not have. We beat Macron. He does not have the majority,” he added.

Going forward, it will now be much more difficult for President Macron to enact the agenda on which he stood for re-election, including reforming the country’s pension system, a move that would increase the age of retirement and his stated goal of cutting taxes, as he will likely be needed in Paris to focus on waging wars on the domestic front, forging alliances in the National Assembly if he has any chance of passing his agenda items. The beleaguered president will most likely need to turn to the centre-right Les Republicans, meaning Macron may need to shift to the right to pass legislation.

Amid the cost of living crisis sweeping the continent and the resurgence of populism on the right and the left in France, Macron could also yet again be besieged by an emboldened and angered Gilet Jaunes (Yellow Vest) movement on the streets of Paris.

The loss of his parliamentary majority may also see Macron diminished on the world stage. With hopes now dashed of retaining a governing majority, it remains to be seen how effective Macron will be at casting himself as the premier leader in Europe.
Click to expand...

Macron getting screwed is nice and all, but really, nothing important is gonna change.


We’re past the point of milquetoast populists – which is what the Le Pens are at this point, more than a decade after the old man was sidelined and eventually expelled – actually fixing anything.

These appeals to populism getting more attention as an empire begins to fall is to be expected. But the energy just can’t be mustered by the masses, in part because populism can’t really inspire the masses and in part because the populist leaders are themselves too comfortable and complacent to really ride hard.

We’re at the point where we need collapse and revolution, and some kind of Maoesque strongman to take control of everything and just start killing millions of people with minimal discrimination.

“Decisive action,” we call that.

👑
🐸 Citizen of the Internet 🐸
🎩
⏰☕🚬🚽🚿🪒🏋🏻🥓💻⛪️
Macron will be off sniffing black dudes and wearing an Under Armor shirt like Zelensky today. These people have rigged the system.

Werwolf said:
Macron will be off sniffing black dudes and wearing an Under Armor shirt like Zelensky today. These people have rigged the system.
Click to expand...

The most important part of the rigging is that they haven't got anyone serious running against them. These tepid "populists" have no energy except for attacking pro-Whites.

Old World Underground
🐸 Citizen of the Internet 🐸
⏰☕🚬🚽🚿🪒
All I have to say is that I betrayed all my principles (such as democracy is fake and gay, Jews are not to be trusted, women in politics are useless...) and did vote in April (1st and 2nd round of the French presidential election), first for a Jew, then for a woman...

Didn't bother to vote for these parliamentary elections. Not done repenting, yet.

Snake Baker said:
Three of Macron’s ministers lost the election, one of them to a black woman who worked as a maid in a hotel
Click to expand...

In a win for Macron, the black woman agreed to introduce him to her brothers.

Old World Underground
🐸 Citizen of the Internet 🐸
⏰☕🚬🚽🚿🪒
Late minute twist : some people unearthed old tweets from the Ivory Coast-born hotel maid who, running on a hard-left platform led by Jean-Luc Mélenchon (the "French" Bernie Sanders, even though he's a Morocco-born Spaniard), unseated an ex-minister from the Macron government ("French" minister born and raised in Romania).

Circa 2016 and 2017, she retweeted anti-Western, pro-Assad and pro-Le Pen stuff. BASED.
Heads currently exploding left and center. 🤣 🤣🤣

Meet Rachel Keke, who may look ROUGH but is the new KWAAN of France (needless to say she was elected in a heavily replaced electoral district). 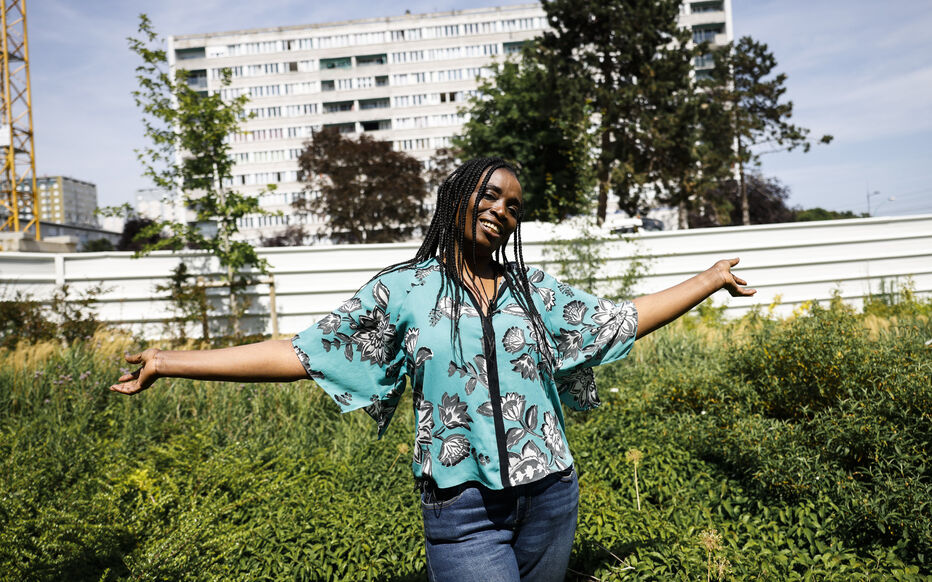 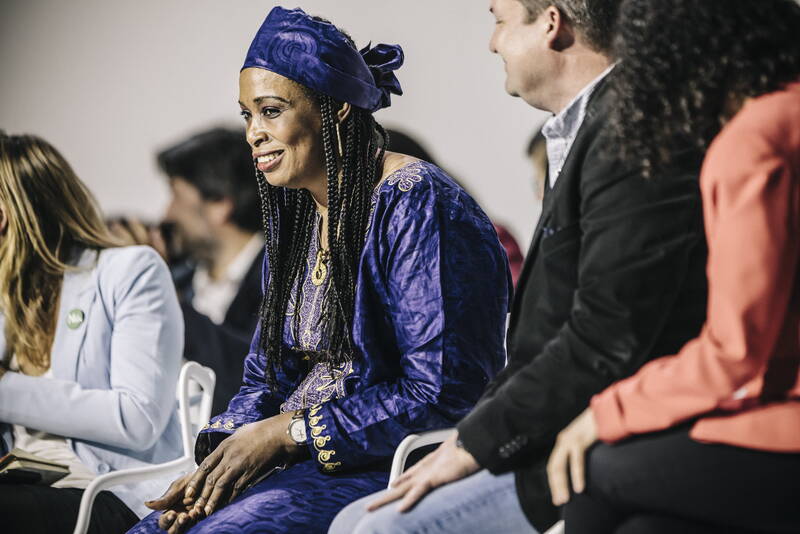 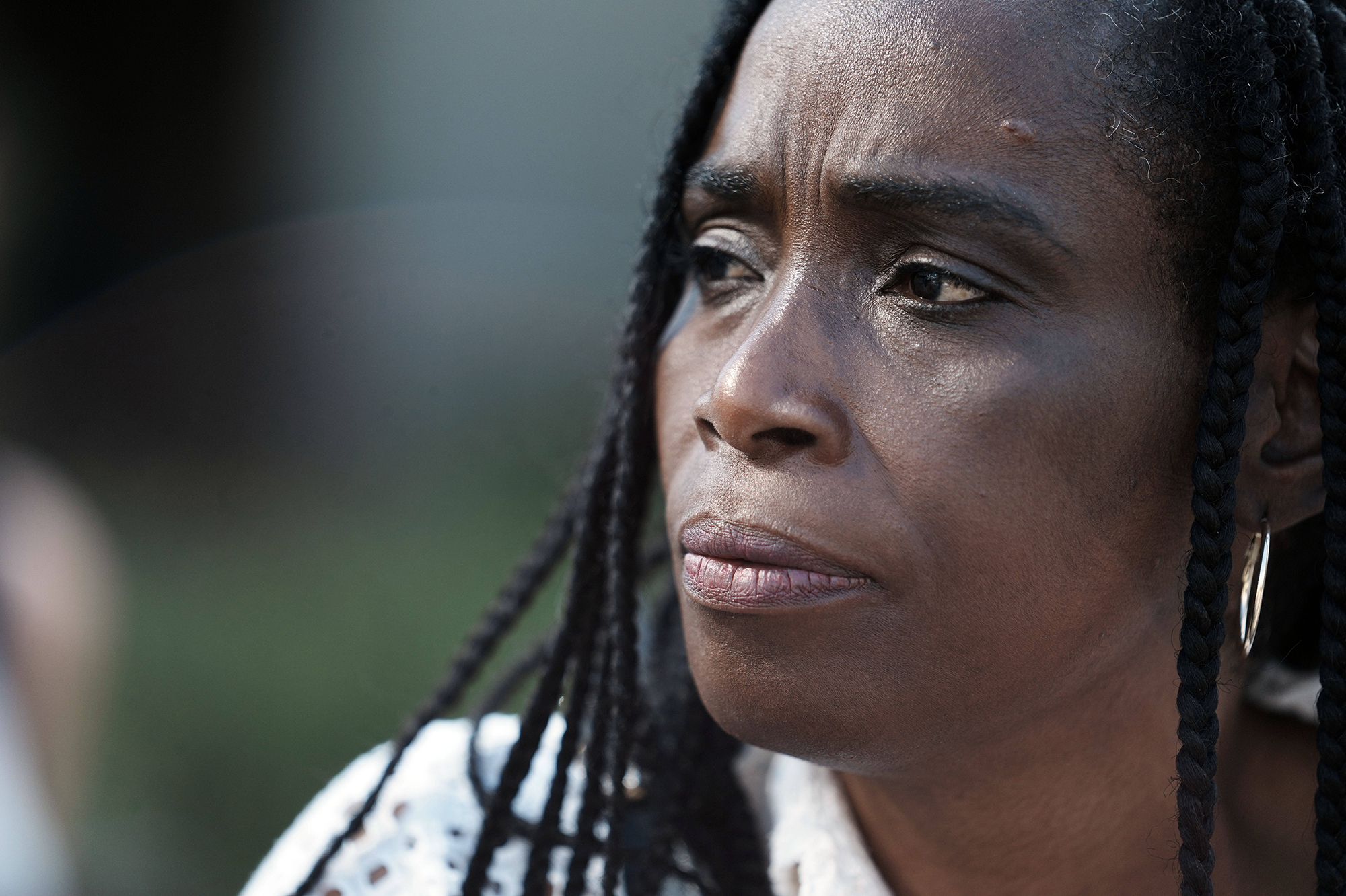 Drumont said:
Circa 2016 and 2017, she retweeted anti-Western, pro-Assad and pro-Le Pen stuff. BASED.
Heads currently exploding left and center
Click to expand... 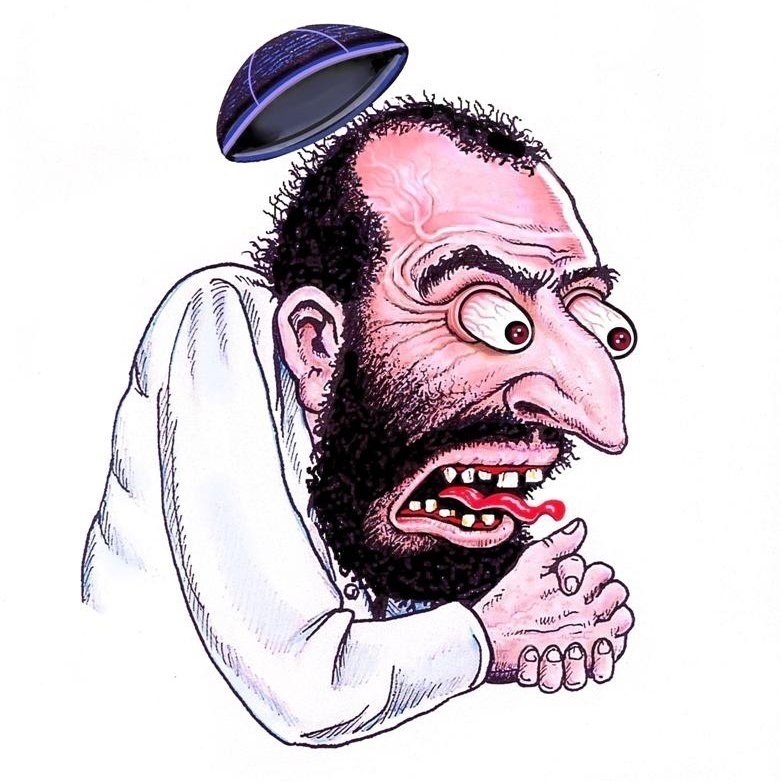