Inane Retard said:
No, because they're doing ethnic grievance marches.
Click to expand...

A guy named Galaxy Jesus (or now Big Tech Onion) called into the Killstream a couple weeks ago and told Dingo that watching NJP rallies w/o much foreknowledge of who they are gave him a certain vibe that he could only describe as befitting the Wigger Nationalist label. He said it reminded him of whiny BLM speeches.

That point kinda struck an interesting nerve in me, yet the follow through wasn’t totally satisfying... but your ‘racial/ethnic grievance’ comparison is spot on.

So, I just wanted say that calling Mike Enoch the White Al Sharpton is perfect. Really brings the legitimacy of the wignat slur to a new level.

(This same guy just debated Dingo again [-3:17:00 mark-] a couple/few days ago about AF vs TRS, but that was mostly a meandering mutual mud slinging session aimed at each side’s various associates over the years. I think both of the AAs got mentioned...)
Last edited: Jan 14, 2022

It wasn't because of their manifesto.

I thought they were guilty because Nick's site got busted down right when he was giving it a look over.

It wasn't because of their manifesto.

I thought they were guilty because Nick's site got busted down right when he was giving it a look over.

Oh yeah that is pretty sus

As is Antifa arguing they PF is not feds

Cave Beast
⏰☕
I think people get a little too caught up on the "are they feds" angle, when you should be asking "what purpose does this group have?". What utility does a fascist street gang have at the moment? Is having cool looking marches worth having your identity compromised to the feds? They use the marches as a show of force type deal, but what's the point of that if you yield absolutely no power?

JasonVorhees said:
Okay imma guess it means protesting an issue that negatively affects your ethnic group?
1.) Why does doing that mean they are feds?
2.) How is attending a pro-life protest an "ethnic-grievance march"?
Click to expand...

It is crystal clear to the public that Patriot Front's stated and intended purpose is racial grievance, absolutely parallel to BLM/Al Sharpton. It's ugly, stupid, and unmarketable to whites. White people do not want to be reduced to dumb rioters with a white Al Sharpton. These same core group of people have been selling this shit for decades and still nobody is buying. There's an unbroken line of allegiance between the NSM and Patriot Front. There are pictures of Mike doing a Roman salute at an NSM rally, Eric Stryker was an architect of the TWP/Nationalist Front which the NSM was part of and they've always been involved with Patriot Front. These groups have a tiny amount of members and they've been doing the same embarrassing stuff for longer than most posters have been alive with about the same number of people. NSM was founded in 1974, so we're talking 48 fucking years of retarded goon shit, with excited Jew media coverage the entire way. And somehow you still think this is a good idea in 2022.

Highlander said:
THEY HAVEN'T DONE ANYTHING ILLEGAL SO FAR​
Click to expand...

Not true. They have graffiti'd over some BLM stuff. 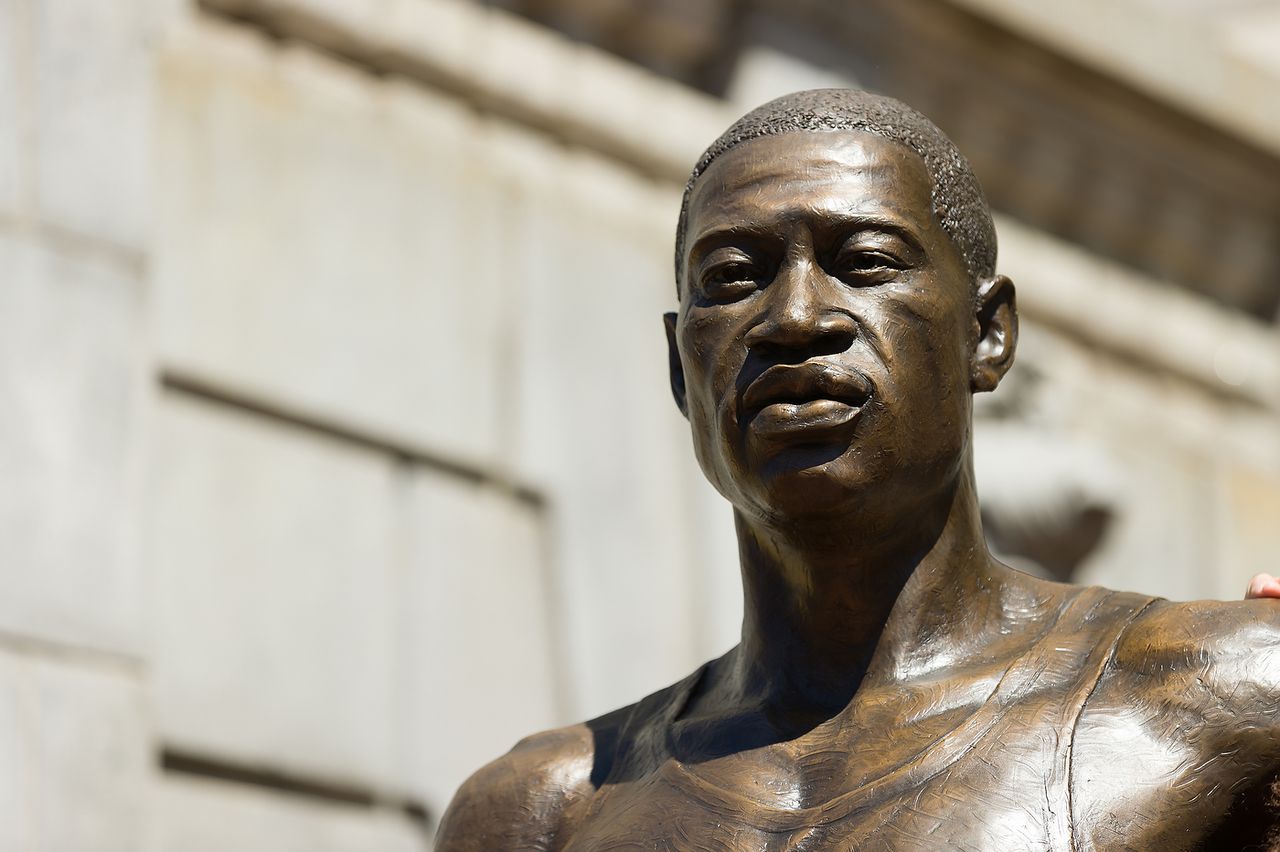 The statue, a gift to the city, was unveiled last week in front of city hall. 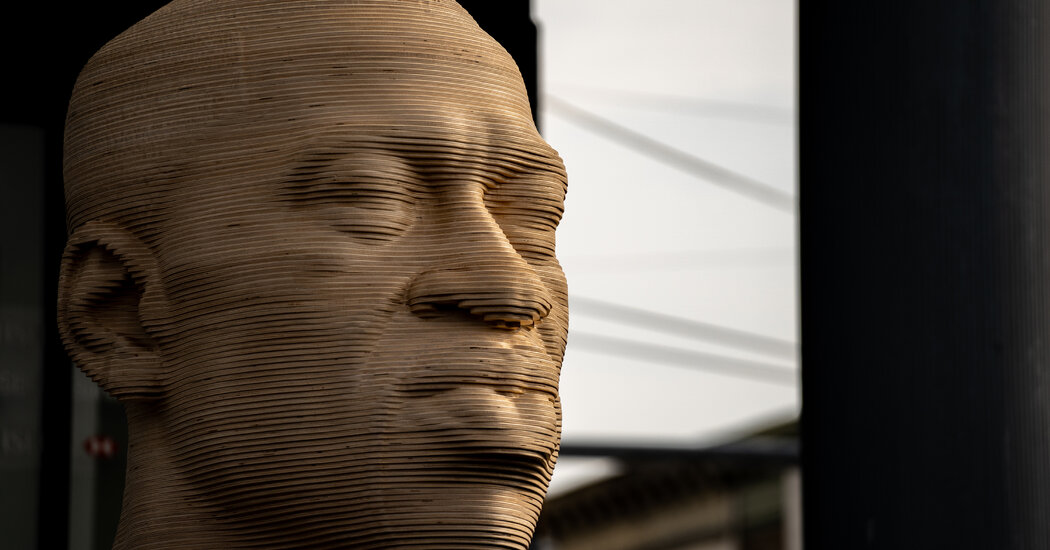 The vandalism came just days after the statue was unveiled, and only a day before the officer who killed Mr. Floyd was to be sentenced.

You can approve or disapprove of that but it is illegal.

Dumbass Rousseau has been caught on tape authorizing it

Inane Retard said:
And somehow you still think this is a good idea in 2022.
Click to expand...

Well obviously Patriot Front doesn't look very goony. The point i was arguing wasn't about their strategy or effectiveness however, just about whether this stuff is evidence that they are feds. Your comments in the "Feds R Us" thread are more convincing towards that point and as I said yesterday I now believe they probably are a fed op.

JasonVorhees said:
Well obviously Patriot Front doesn't look very goony. The point i was arguing wasn't about their strategy or effectiveness however, just about whether this stuff is evidence that they are feds. Your comments in the "Feds R Us" thread are more convincing towards that point and as I said yesterday I now believe they probably are a fed op.
Click to expand...

Why is it important to you to solve the alleged mystery?

What difference does it make if they are feds or retards who go out and use their own resources to do the same exact things that feds would pay them to do?

I have always sided with prison rules and the snitch table argument, so I disavow them regardless. I understand there are ostensibly genuine people on the internet who think it is okay to be directly linked with feds. I believe there are genuine retards who are not bothered by TRS promoting and collaborating with Chris Cantwell after he was publicly confirmed to be an FBI informant, and actually admitted it himself. But for me, it's always going to be a hard rule that anyone who associates with feds is in the exact same class as a fed. If they are not feds, they are legitimate retards, and they are as dangerous as feds.

I understand this thread started with a TGP article, but people should be able to get past that emotional trigger. I have condemned TGP employee Cassandra Fairbanks for defending the fed nigger from Proud Boys.

JasonVorhees said:
Because their manifesto is poorly written??

See this is weird, I'm erring more towards the side that they are a fed operated group now mainly because of the Antifa announcement and the revelation that they've been talking to TRS people. But there's some weird psychological thing going on with me where people claiming other completely retarded things as evidence that they're feds makes me doubt that they are.


Like am I crazy for thinking this shit I listed above is just stupid?

The only way to settle this is going to be for Thomas Rousseau to come on Ralph or Nick's show and explain the organization and defend it from these allegations. If he won't do that then I think it's almost certainly a fed-op.
Click to expand...