Doesn’t this crippled bitch know that millions are dying from a deadly virus that is literally killing millions?

Get off your high wheelchair, lady.

Swimmer Becca Meyers, who is deaf and blind, announced that she was pulling out of Team USA’s Paralympics swim team after being told she would not be allowed to bring her mother who also serves as a personal care assistant, along with her to Tokyo.

Meyers, who was thought a good prospect to win gold in up to four categories, said Monday that if she could not bring her mother to help her get around in Tokyo, she did not know how to attend the games.

The 26-year-old swimmer also said that she quit in part to raise awareness of the conditions some Paralympians face in Japan.

“I would love to go to Tokyo,” Meyers told the Washington Post. “Swimming has given me my identity as a person. I’ve always been Becca the Swimmer Girl. I haven’t taken this lightly. This has been very difficult for me. [But] I need to say something to effect change because this can’t go on any longer.”

Meyers suffers from a rare genetic disorder called Usher Syndrome, which left her deaf at birth and has slowly degraded her eyesight. However, she is not totally blind and is rated as “Class S12” for the Olympics. S11s are totally blind, while S12s have a small amount of sight. Meyers is the only one of Team USA’s 34 Paralympic swimmers who is both blind and deaf.
Click to expand...

The Olympian’s father was told via email that Japanese officials would not allow an assistant to enter the country with Meyers due to the country’s coronavirus restrictions. The Tokyo games rules state that only members of the Olympic delegations may enter the country for the games.

The athlete’s father, Mark Meyers, was told there would be “no exceptions” to the rules. Meyers also charges that the United States Olympic & Paralympic Committee (USOPC) could have accredited Becca’s mother as an official delegation member but chose not to.

The USOPC confirmed to the Post that Becca’s mother would not be permitted to accompany Becca to Tokyo as a delegation member. However, the committee also noted that it had assigned one personal assistant to help take care of all 34 members of the Paralympic swim team.
Click to expand...

We all see the bodies piling up in the street.

Just this afternoon, I was late to my track meet (yes, I have working legs – unlike some people) as I had to wait for the bulldozer that was plowing a pile of bodies over to the side of the road like snow. People had thrown the corpses into the street because they ran out of room in their backyards, where bodies are already stacked twenty high and being burned with wood in the open air like during the Holocaust.

It’s people like this cripple who refuse to take the virus seriously that are going to end up killing all of us.

This is from a couple of weeks ago in China. I’m still waiting for Fauci to explain how these people haven’t all died of the flu by now.​
Continue reading...

Cave Beast
⏰☕
If she’s deaf and blind, how does she know when to start the heat? Does her mom push her in when the starter pistol goes off?

Old World Underground
🐸 Citizen of the Internet 🐸
⏰☕🚬🚽🚿🪒🏋🏻🥓
I would imagine the ancient greeks that started the olympics would be spinning in their graves seeing the controversy about a blind and deaf female swimmer.
I think the Special Olympics is more her speed and may be a better fit for her.

Snake Baker said:
I had to wait for the bulldozer that was plowing a pile of bodies over to the side of the road like snow.
Click to expand... 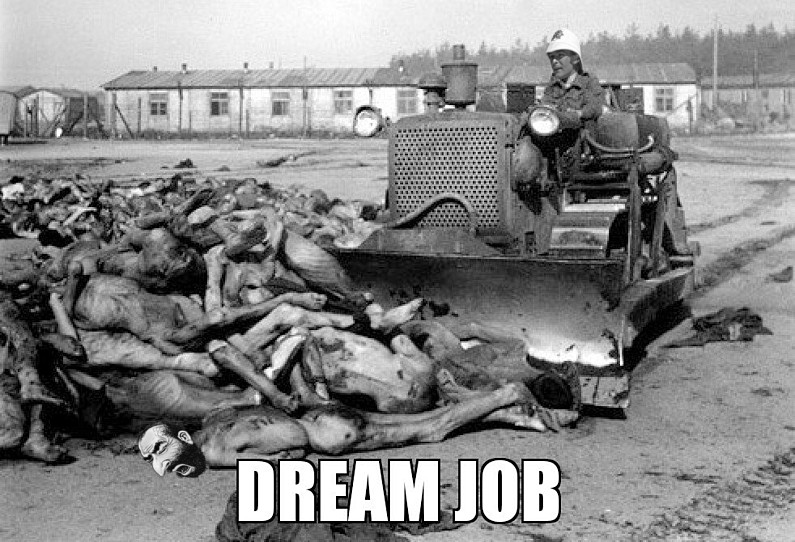 Old World Underground
👑
🐸 Citizen of the Internet 🐸
🎩
⏰☕🚬🚽🚿🪒🏋🏻🥓💻
I fault the USOC for this. They were probably given a block of entry visas, but the administrators saved them back as favors for their cronies. The athletes are a necessary evil, a pretext for the money churn. The Paralympians (what a weird word) are really there to be used for corporate sympathy fundraising; it's convenient that they're all under the same Olympic umbrella now.

Old World Underground
🐸 Citizen of the Internet 🐸
⏰☕🚬🚽🚿🪒🏋🏻
Deaf and blind olympian eh? Wtf? LOOOOOOOOOL. (The Who's 'Pinball Wizard' plays in the back ground) So when are deaf, dumb, blind, quadraplegic, retarded kids gonna be allowed to compete? 😅 🤡

🐸 Citizen of the Internet 🐸
⏰☕🚬🚽🚿🪒🏋🏻
Escaped True Master
"However, the committee also noted that it had assigned one personal assistant to help take care of all 34 members of the Paralympic swim team."

We need to ban women from sports... apart from tennis

Cave Beast
🐸 Citizen of the Internet 🐸
⏰☕🚬🚽🚿🪒
Hmm... She's not completely blind and not completely deaf. I was kind of expecting some kind of vegetable. I mean at what point can somebody be so disabled that them being a participant becomes untenable?

But yeah, sorry sweety. The international Jew world order administrators have put out the call that now is the time for everybody to submit to their iron clad rules they laid down concerning public gatherings, even though it doesn't make any sense. That's why you can't have your mother there to support you through your struggle.

She is kinda cute though... put her in the next Katawa Shoujo game lol. (your not going to be seeing me place my seed near anything that has severe degenerate defects though since I want strong healthy children!)

HairMoccasins said:
I would imagine the ancient greeks that started the olympics would be spinning in their graves seeing the controversy about a blind and deaf female swimmer.
I think the Special Olympics is more her speed and may be a better fit for her.
Click to expand...