Chicken Tendies said:
Here is the proof he is both gay and a pedophile:
I watched him back on Dlive and his early YouTube. He has told this story many times. He hooked up with a tranny. The gay shit I don't even care about though. It's the other shit like telling a 14 year old to shove a bottle in her vagina and telling multiple little girls to show him their feet. There is a difference between edgy comedy and being a degenerate pedophile.
Click to expand...

DGAF. It's blatantly apparent he's a fucking troll and says everything he does for this purpose. He makes it blatantly clear! Might be uncomfortable for some people though. Stop posting jew videos you schizo jew cunt.

Old World Underground
👑
🐸 Citizen of the Internet 🐸
🎩
⏰☕🚬🚽🚿🪒🏋🏻🥓💻⛪️🍖 💻🥩
Destructive Ceremonious Master
The number of oppositional videos you generate is scalar to your effectiveness as a counter-semitic operative...

Cave Beast
🐸 Citizen of the Internet 🐸
⏰☕🚬🚽🚿🪒
Is there a distilled version of the three-hour long video yet?

Boot0nFace said:
Tbf, it would be hard to find a 20 year old today that hasn't banged a tranny.
Click to expand...

It gets pretty easy to spot the jew interlopers, tbh. They are nasty filthy predictable individuals...

pahom said:
Yes, but how do you know this is all true, and not just another examples of him trolling? He said that he's a Jew in his stream the other day, would you believe this?
Click to expand...

It's all on livestream. I have watched him for over a year, I'm pretty sure I understand what's true and what isn't true. I was in his discord and I was in his telegram. He is without a doubt a pedophile. All you do is watch a couple clips and act like he is a massive troll. He is not. He's a very transparent person and was willing to answer everything I asked and when others asked similar questions months later he would give the same stories and replies. He does not bullshit. He's a weaboo neo-nazi. He enjoys loli porn, traps, and nazi banter. He had an 8 year old boy in his discord who he would talk to daily and show loli porn to (even on stream). I don't understand how you can see 20 clips of him talking sexually to children and still act like "it's just a troll bro". YouTube has been scrubbing all of his most incriminating VODs but since he is gaining popularity I will make sure to clip all his pedophile behavior. He was told to quit doing this shit back in April and promised to stop but yesterday he still continued to talk to kids on Omegle. 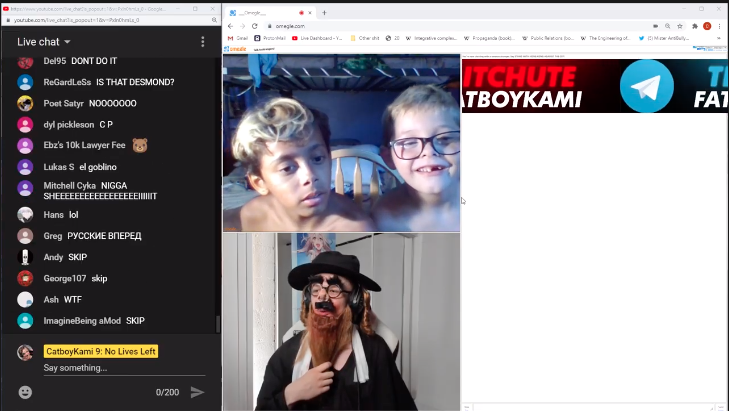 troll btw. Not a pedophile btw. Ironically wants to tell children to have sex btw. Just a character btw.

Boot0nFace said:
Tbf, it would be hard to find a 20 year old today that hasn't banged a tranny. As for these other things, yeah its bad, but its also within his age group. It would be creepy if a 40 year old was telling kids this.
Click to expand... 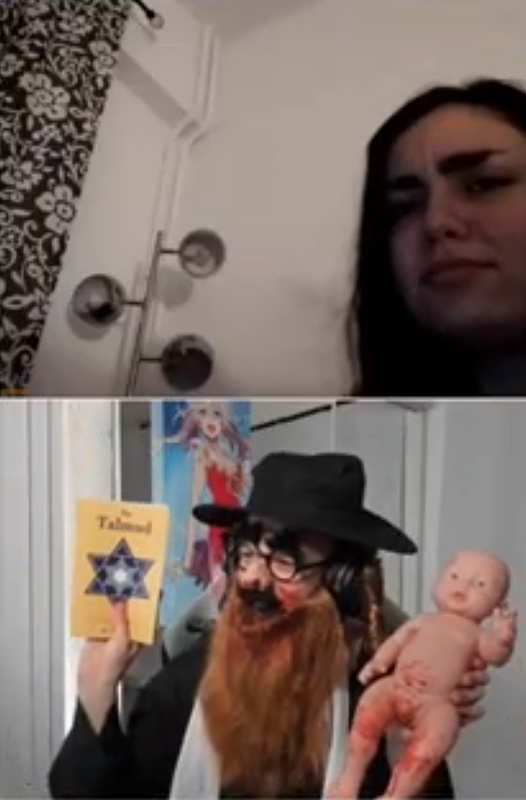 Cave Beast
⏰☕🚬🚽🚿🪒
Kami says: "You look at pictures of these pre-human species and they look like niggers, they look like something you'll see outside of walmart" 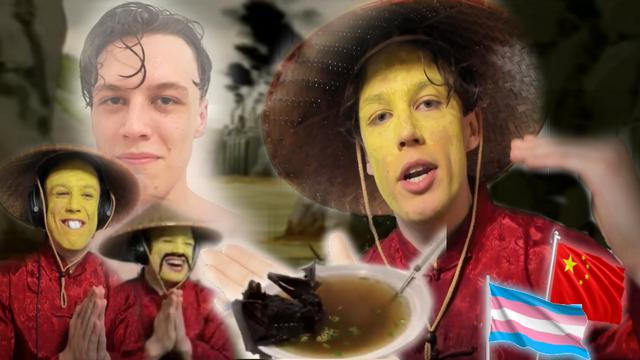 Cave Beast
🐸 Citizen of the Internet 🐸
⏰☕🚬
Kami vs Spencer

🐸 Citizen of the Internet 🐸
⏰☕🚬🚽🚿🪒🏋🏻
He's too fucking weird for me. But, I'm an old bastard, maybe I just don't get it. Back in my day, we'd have beat the piss out of him.
You must log in or register to reply here.
Share:
Facebook Twitter Reddit Pinterest Tumblr WhatsApp Email Link
Top