TheOneAndOnly said:
Supposedly it involves multiple countries. What kind of national security initiative would involved other counties? National security deals with security of the country.
Click to expand...

My mind goes to the covid hoax and more crack downs

Panzerhund said:
My mind goes to the covid hoax and more crack downs
Click to expand...

Are they going to invite the Australian and UK military in to enforce it? 🤣

Read ya bibles for more information.

Read ya bibles for more information.
Click to expand...

Cave Beast
🐸 Citizen of the Internet 🐸
⏰☕🚬🚽🚿🪒
These fucking arseholes.

I'm speculating...but we know how this torture game works..marcion said it best... the boa constrictor relaxes its grip several times before it finally crushes the life from you...

🐸 Citizen of the Internet 🐸
⏰☕🚬🚽🚿🪒🏋🏻
All whites must report to their nearest covid camp. Gotta be.

BillGud said:
All whites must report to their nearest covid camp. Gotta be.
Click to expand...

All noncompliant whites who havent been vaxxed.

Old World Underground
👑
🐸 Citizen of the Internet 🐸
🎩
⏰☕🚬🚽🚿🪒🏋🏻🥓💻⛪️🍖
Biden is like Hamid Karzai 2.0, he effectively only controls a 50-mile radius around the District of Columbia.

The only interesting question here is, will they roll out Meatpuppet Biden or CGI Deepfake Biden to make these "remarks"?

Cave Beast
🐸 Citizen of the Internet 🐸
⏰☕🚬🚽
It looks like it's about submarines:

The Morrison government is poised to tear up the troubled $90 billion contract with French shipbuilder Naval Group and partner with the United States and United Kingdom to switch to an American-made nuclear-powered submarine.

One source said the dramatic move would be justified that the shift to nuclear technology was required in light of the changing strategic circumstances as China becomes more aggressive in the region.

As an interim step, there were suggestions the US was planning to operate some of its Virginia class nuclear-powered submarines out Perth’s naval base, HMAS Stirling.

US President Joe Biden is scheduled to give a press conference at 7am Australian time on a “national security initiative”.

It is understood Mr Morrison had tried to speak to French President Emmanuel Macron on Wednesday, another source said.

Mr Morrison is due to travel to Washington next week for talks with Mr Biden, but it was thought that announcing the new submarine tie up with America together with the President would be deemed provocative.

Senior cabinet ministers met in Canberra on Wednesday for a top secret briefing on the shipbuilding program. Anthony Albanese and other senior Labor MPs have reportedly been briefed on the issues.

Naval Group staff, MPs and defence personnel have also been told to expect a significant briefing on Thursday.
The chief of navy, Mike Noonan, had a planned trip cancelled by Mr Morrison for Thursday’s announcement while Vice Admiral Jonathan Mead, who was commissioned to conduct a review of the submarine program earlier this year, was in Washington DC three weeks ago on the PM’s instructions, a source said.

Retired US Vice Admiral William Hilarides, who chairs the Morrison government’s Naval Shipbuilding Expert Advisory Panel, will be a key figure in the transition.

Mr Biden, Mr Morrison and UK Prime Minister Boris Johnson held a trilateral meeting on the sidelines of the G7 leaders summit in Cornwall in July — a move at the time that was interpreted by some observers as a snub to Mr Morrison that Mr Biden did not grant him a one-on-one meeting.

But if the three leaders were discussing submarines, which are regarded as a country’s most sensitive military technology, that casts the meeting in a whole different light.

Naval Group was meant to build 12 submarines in Adelaide as one of the keystones of the government’s continuous naval shipbuilding program. With the submarines now to be built in the US, deep maintenance of the Collins class submarines is now likely to remain in Adelaide instead of shifting to Perth.

Terminating the contract may cost taxpayers up to $400 million.

Relations between Naval Group and the government have broken down over a series of disagreements over spiralling costs, design changes, schedule slippage and local industry involvement since the French company was selected ahead of German and Japanese designs in 2016.

The Australian Financial Review revealed in February Mr Morrison had commissioned Vice Admiral Mead and Commodore Tim Brown to examine options for Australia’s submarine program as a Plan B to the French-designed boats.

This included exploring an updated design of the navy’s existing Collins class submarine, based on Swedish designer Saab Kockums offer of a long-range, conventionally powered submarine for the Dutch navy.
The government is expected to announce as an interim solution it will extend the lives of the six Collins class submarines to avoid a capability gap.

But in recent times, sources said there had been ongoing discussions with the British government about buying their submarines.

The government’s frustration with Naval Group reached the point where in April it refused to sign a new contract for the next phase of the project, giving the company until this month to refine its offer.

While sources said the Defence Department had offered in-principle approval for the revised offer, it appears the government is about to sink the deal.

Quoting US sources, American media website Politico said the agreement between the three countries, to be known as AUUKUS, would go beyond submarines and cover sharing knowledge about advanced military technology.
Click to expand... 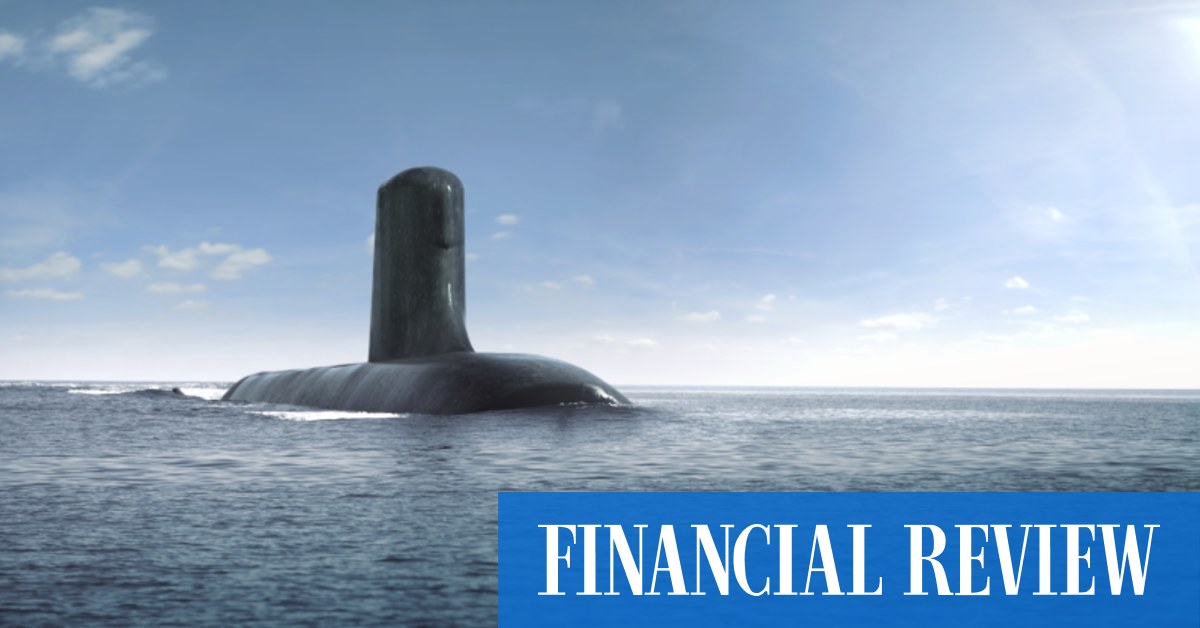 The government is poised to make a major announcement about the submarine program, which could involve acquiring nuclear-powered boats in partnership with the US and UK.

JR_Rustler_III said:
Biden is like Hamid Karzai 2.0, he effectively only controls a 50-mile radius around the District of Columbia.
Click to expand...

He doesn't even control his own bladder, dude.

Danespear said:
He doesn't even control his own bladder, dude.
Click to expand...

Word is, he still controls his bowels though. So he's got that going for him.

TheOneAndOnly said:
Supposedly it involves multiple countries. What kind of national security initiative would involved other counties? National security deals with security of the country.
Click to expand...

The other countries mentioned are lap dogs of US ZOG.

Old World Underground
👑
🐸 Citizen of the Internet 🐸
🎩
⏰☕🚬🚽🚿🪒🏋🏻🥓💻⛪️🍖
'AUKUS'?! Sounds like the someone is about to hawk up a goober... Aussies getting nuclear-powered subs! Sounds like a flex on China.
Nuclear powered subs will be hunter-killers for doing close support for US Pacifc fleet nuclear-armed subs. Either that or they'll be sneaking in Somalis underwater....
Last edited: Sep 15, 2021

Old World Underground
🐸 Citizen of the Internet 🐸
⏰☕🚬🚽🚿🪒🏋🏻
I suspect the gonna ditch NATO, I saw in the news that the EU is trying o form some sort of military defense network
All the Anglo countries including the US will do the same after NATO is dead

I haven't heard about this until now, after 5pm. But my guess is world wide vaccine mandates.

Edit: This is way more hilarious!

We don't have any chips to sell new cars but we can provide nuclear submarines as our economy is barely holding on. Clown world...