One of the greatest threats to Australia is a group of people who lost a war the better part of a century ago on a different continent and hemisphere.

Victoria has become Australia’s first state to specifically ban the display of the Nazi swastika.

Victorian Premier Dan Andrews said “nobody has the right to spread racism, hate or anti-Semitism”.
Click to expand...

Hope this guy took all his boosters​

Like many places globally, Australia has seen a sharp rise in anti-Semitic incidents in recent times.

Victoria already has anti-hate speech laws – but they have been criticised for having “gaps”.

A push for reform intensified in 2020 when a couple raised a swastika flag above their home, angering the local community.
Click to expand...

State officials called the new legislation a “proud moment”. Three other states have said they will introduce similar laws.

“The Nazi symbol glorifies one of the most hateful ideologies in history – its public display does nothing but cause further pain and division,” said Victorian Attorney-General Jaclyn Symes in a statement.

There are exemptions for showing the symbol in historical, educational and artistic contexts. It can also be used in Hindu, Buddhist and Jain religious contexts – as it has been for millennia.

People will be prosecuted only if they defy a first request to remove the symbol.

Anti-Defamation Commission chairman Dvir Abramovich – who campaigned for the law – called it a “thunderous blow” to the neo-Nazi movement.

“As our nation confronts the deep stain of a resurgent white-supremacist movement that peddles a dangerous and dehumanising agenda, this parliament has declared that the symbol of Nazism will never find a safe harbour in our state,” he told the Australian Broadcasting Corporation.

The number of anti-Semitic incidents around the world dramatically increased last year, according to a study by Tel Aviv University. Australia had 88 in one month alone – a national record.

In 2020, Australia’s intelligence chief warned of a “real threat” to the country’s security from neo-Nazis. He said “small cells” of right-wing extremists were meeting regularly to salute Nazi flags and share their ideology.
Click to expand...

Virtually everything about Australian history and culture is the same as that of America, except that we had a revolution and established a Bill of Rights. If you’ve met Australians, you know they basically have the exact same attitudes as Americans – if anything, we’ve seen that the men are more masculine (their women are still sows though).

Anything that happens in Australia can happen in America, and you saw the way they did the coronavirus mega-lockdown, then the forced vax, and they are now just riding this out wherever it lets them go, which is anywhere.

Australia is a dictatorship, and frankly, it’s a situation where if America had a good government, I would support a regime-change war to liberate the Australian people. We have a shared history that would justify such an act.

But of course, if there was a good government in America, this wouldn’t be happening in Australia in the first place. We’re all run by the same bunch of Jews and homosexuals.

Old World Underground
👑
🐸 Citizen of the Internet 🐸
🎩
⏰☕🚬🚽🚿🪒🏋🏻🥓💻⛪️🍖
Normies see the display of the Nazi swastikas as anti social. This is a bit of an own goal by the kikes. They are drawing attention to their power by pushing through an unnecessary restriction. It is only going to catch out (a) feds (b) anti social nut cases (c) toy collectors and collectors of memorabilia.

Can you bring Jewish power to light by concern trolling over these restrictions? You would have to be prepared for global jewry to go after you financially, socially, and legally. 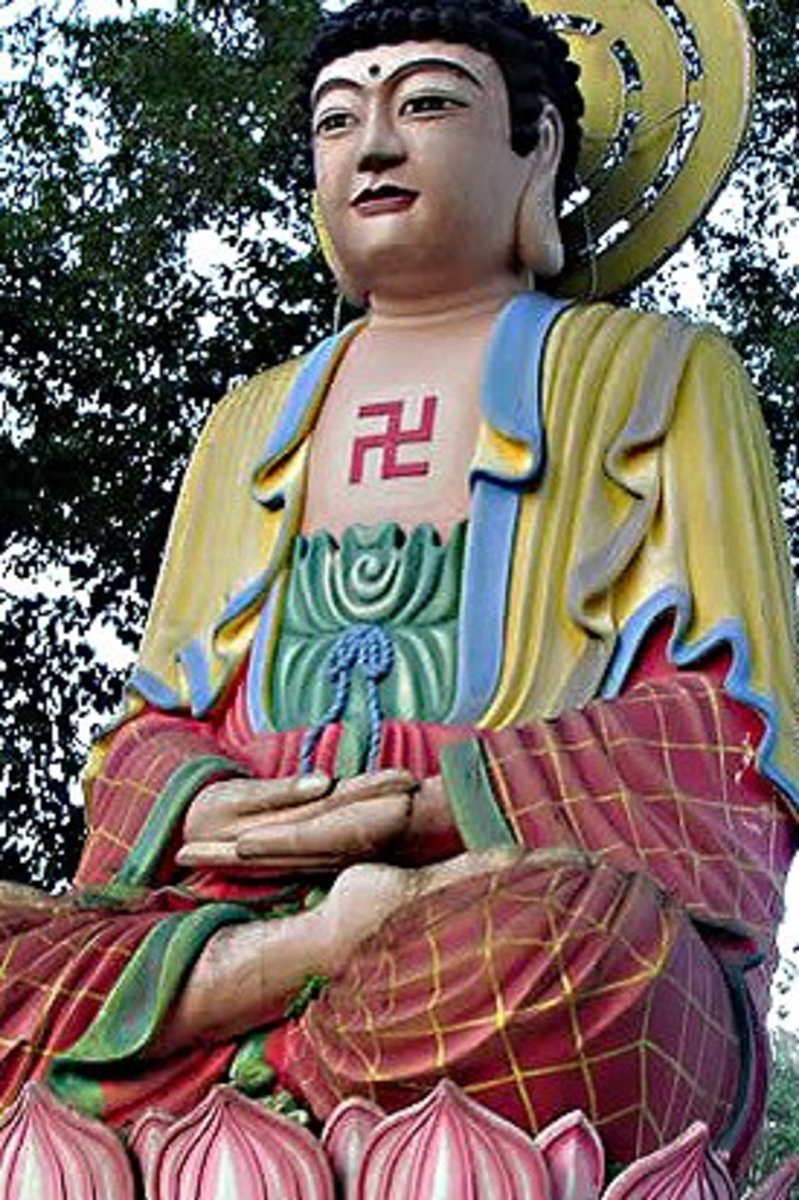 So it's OK to suppress and discriminate against Hindus, Buddhists and Jains? It's one of their sacred symbols. In Sanskrit, swastika means "well-being".

Old World Underground
🐸 Citizen of the Internet 🐸
⏰☕🚬🚽🚿🪒🏋🏻🥓
Victoria is already the gayest Australian state so this doesn't surprise anyone.

What is Naxos, Tinos, Andros, and Delos,

Problem with australia is same problem canada has and Ireland too. They never fought and won independence. They got pseudo independence by decree in 1931. Today no real identity. It is obvious now the British empire didn't collapse they gave fake independence and created the commonwealth to implement globalism. The USA was part of the plan and this.goes back to rhodes and his round table. Ever since australia and canada and New Zealand have been run by globalist.

🐸 Citizen of the Internet 🐸
⏰☕🚬🚽🚿🪒🏋🏻
Escaped True Master
Since the time of Sanskrit, even earlier, the Swastika represents a Holy Place to access the Eternal Now. No jew law will ever cancel the Swastika. In Japan, they still use it on official tourist maps, to locate Shinto Shrines.
Last edited: Jun 23, 2022

Victoria already has anti-hate speech laws – but they have been criticised for having “gaps”.
Click to expand...

You really have to watch out for those "gaps" in your hate speech laws, goyim!

Thankfully, however, we have God's Precious People monitoring our various "gaps" 24-7-365- like a nuclear scientist with his geiger-counter methodically sciencing things everywhere.

The Jews will always be able to tell us their level of "anti-Semitism".

They will not- however- be able to tell us the reason for the coincidence!

You really have to watch out for those "gaps" in your hate speech laws, goyim!

Thankfully, however, we have God's Precious People monitoring our various "gaps" 24-7-365- like a nuclear scientist with his geiger-counter methodically sciencing things everywhere.

The Jews will always be able to tell us their level of "anti-Semitism".

They will not- however- be able to tell us the reason for the coincidence!
Click to expand...

Fear not, citizen. Regularly scheduled follow up revaluations will continue to refine and perfect Australia's hate speech laws indefinitely until jews are universally adored by the goyim just as much as they are adored by Hashem.

So far this has only been achieved in some evangelical republicans in southern US states but we'll keep working on it.
Last edited: Jun 24, 2022

sandhedspile said:
In Japan, they still use it on official tourist maps, to locate Shinto Shrines
Click to expand...

And they decided not to change this albeit concerns foreign visitors to the Olympics might be disturbed. Honestly, that is the real reason the jews started the whole coof hoax. To take away the Olympic games from Japan for using antisemitic imagery, it's pretty obvious.

🐸 Citizen of the Internet 🐸
⏰☕🚬🚽🚿🪒🏋🏻
Surprising it took the Jew so long to win here. I mean, you can't have a 45 in Down Under. Just as bad as in the occupied republic Germany.

The Nazi symbol glorifies one of the most hateful ideologies in history
Click to expand...

What are they going to do about the other symbols that glorify hateful ideologies: the six-pointed star and the menorah?
Last edited: Jun 25, 2022

Cave Beast
🐸 Citizen of the Internet 🐸
⏰☕🚬🚽🚿
There are exemptions for showing the symbol in historical, educational and artistic contexts. It can also be used in Hindu, Buddhist and Jain religious contexts – as it has been for millennia...

LOL. This is a ruse concocted by Jewish lawyers to ensure they get more business. It's obvious that any Nazi-larper is going to buy a few books on the Hindu or Buddhist faiths and claim that he's a lapsed Hindu in ordder to be able to run his swastika up the flagpole in his garden. The lawyers will then be engaged to defend him, compelling the Victorian courts to rule on what defines a religious person.