An army of commentators have rightly condemned a belief called "replacement theory," which a young White man cited before killing 10 people, most of them Black, Saturday at a supermarket in Buffalo, New York.

Those who subscribe to the theory -- many of them White conservatives -- believe a secret group of elites are using non-White immigrants and Black people to intermarry with and "outbreed" White people "until they no longer exist."

But there is a variant of replacement theory that has also moved into the mainstream -- and it's celebrated by people on the left as well, says Yascha Mounk, author of a provocative new book, "The Great Experiment: Why Diverse Democracies Fall Apart and How They Can Endure."

"Over the past days ... (replacement theory) has, for very good reason, been widely condemned," Mounk says. "But the uncomfortable truth is that a less conspiratorial cousin of it has long been embraced in mainstream public discourse. In fact, it is one of the few things that both liberals and conservatives, both Democrats and Republicans, can now agree on."

Mounk is talking about the belief that Democrats will become a permanent political majority in coming years as people of color and non-White immigrants eventually outnumber white Americans.

Some progressives may cheer such a projection. But Mounk calls this belief the "most dangerous idea in American politics."

He says it promotes a dystopian future in which White Americans and people of color are reduced to members of "mutually hostile tribes," politicians have little incentive to reach beyond their base, and many Whites panic over the fear of being permanently sidelined.

Even so, Mounk, who describes his political values as "left of center," offers an optimistic vision of America's future in his new book. He explains why diverse democracies -- countries with a multitude of racial and ethnic groups -- sometimes fail, and how the US can succeed.

Drawing on lessons from social psychology and countries as diverse as Lebanon and India, Mounk arrives at a surprising conclusion: A genuine, diverse democracy in the US, where all groups are treated fairly, is still a realistic goal.

"It is far too early to resign ourselves to a vision of the future in which most people will still eye anyone who has a different religion or skin color suspiciously; in which members of different identity groups have little contact with one another in their family lives; in which we all choose to emphasize the differences that divide us rather than the commonalities that could unite us," Mounk writes in "The Great Experiment."

This issue is not abstract to Mounk. He was born into a Jewish family in Germany that was victimized by the same forces of hate that have destroyed many democracies.

Mounk, an authority on the rise of populism, recently spoke to CNN. His answers were edited for clarity and brevity.

You describe yourself as unfashionably optimistic. Why is that optimism so important when it comes to building a democracy?

If you look at the history of deeply diverse societies, they very often fall apart in violent ways or oppress minority groups within them in the most terrible manner. When you look at social psychology, you see how easy people find it to form groups and discriminate in favor of the in-group versus the out-group. So what we're trying to do here is really very hard, and we've often failed throughout American history.

But you can look at the current state of our society, and at the changes over the last few decades and recognize that there is a lot which justifies a hard-won optimism. Our country is less segregated
and less racist than it used to be. Immigrants from all over the world are integrating very well and making a lot of socioeconomic progress.

When you look away from Washington in the heart of our society, we are actually cooperating with each other across ethnic and religious boundaries much more than we used to. None of that should make us complacent, but it should give us confidence that we can build a better society. Without that confidence, the likelihood of failure is going to be much higher.

You say Americans are cooperating more across these boundaries that we used to. What's your evidence for that?

I start at the most stark level. As recently as three or four decades ago, a majority of Americans thought interracial marriage was immoral, and that it was immoral for Black and White people to have children together. Today that number is down to the single digits because of real psychological changes in our society and the number of interracial newborns has gone up.

Even at the most intimate level, Americans are choosing to intertwine their lives. The same is true when you look at the growth in interracial friendships, the growth in business partners who come from different demographic groups, and the growth of diversity at the top echelon of every American institution.

But if you look at schools, neighborhoods and even communities of worship in this country, it seems like they're still very much racially segregated.

And with the rise of megachurches in the suburbs of big American metropolises, you do see a very vibrant form of religion, which is generally multi-ethnic, in a way that rarely existed in American congregations.

Is it possible to have a genuine vibrant, diverse democracy without a deep commitment to racial integration?

Human beings are deeply groupish. It comes naturally to us to form groups and to favor members of their group over those that don't belong to theirs, especially in a deeply diverse society like the United States. We're never going to change that fact. And that's perfectly fine.

But precisely because it comes so natural to us to invest particular groups with such importance, we also need to encourage some connective tissue between the different groups in our society. That can take the form of ensuring that people are educated together, that they come to have a deeper, mutual understanding and hopefully a mutual affection.

It can take the form of patriotism which allows us to have solidarity with each other even if we differ on religion, national origin or skin color. And it also has to include the right for each individual to decide how much importance that they want to give to the group in which they were raised.

In the book you cite two cities in India that were populated by both Muslims and Hindus. One was devasted by violence between the two groups, and the other wasn't. What was the difference between the two, and what does that story illustrate about building a diverse democracy?

Tragically we've seen in India violent riots between Hindus and Muslims, which often kill a lot of people. But when you look more closely, you also see some interesting contrasts. There are two mid-sized cities in India which are about two-thirds Hindu and one-third Muslims. They have similar political histories and yet we see that one city has experienced an extreme amount of so-called inter-communal violence, whereas the other has actually managed to keep the peace.

Both cities had a rich associational life. They had a lot of trade unions, literature clubs and all kinds of different places where citizens can meet and debate with each other. But in in one city, Hindus and Muslimas have separate trade unions, and separate book clubs. In the other, many, but not all, have members from both groups.

When tensions have run high, that historically made the crucial difference. Because in one city, when rumors spread within each association, there is no link of trust between the communities. And so when Hindus heard some rumors about a young boy being killed by Muslims, they might have been moved to take revenge based on this false rumor.
In the other city, you have all of these interpersonal links. You have people to trust each other across the communities. And so, in moments of high political tension when those rumors were flying around, somebody could say, "Look, this is not true. I've talked to all the people in my community. I know that this didn't happen. Let's just try to find a way to reduce these tensions without unnecessary bloodshed." It shows us the importance of bridging social capital.

Many Americans live in their own social media echo chambers. We go back to our own like-minded communities. How do we replicate what happened in that Indian city here?

The members of Little Leagues and of neighborhood associations encounter each other ethnic and religious boundaries much more than they had a while ago. There's important work in interfaith space, and by community organizers to try to connect people to each other.

Ultimately this will depend on the decision that ultimately all Americans make in their individual lives. Do we stay within the comfort zone that we've grown up in, or do we venture out and make new friendships and build new links with people who come from different communities?

How much does your personal history shape your interest in this topic?

It has in two important respects. The first is that I'm Jewish and I grew up in Germany. My family has experienced what it means to be at the wrong end of conflict between groups for three generations.

My great-grandparents perished in the Holocaust. My grandparents lost most of their families and were displaced. My own parents, when they were in their late teens and early 20s, were thrown out of a country they grew up in, Poland, because of a state-sponsored, anti-Semitic campaign.

And so, I'm intimately aware that a society that could seem relatively peaceful, in which people have gotten along for significant period of time, can suddenly erupt into the most terrifying violence.

What would you say to a reader who tells you, 'I'm pessimistic about prospects for a thriving, diverse democracy. Tell me how to make it work.'

We have no choice but to make it work because a brief glance at history will tell you how terrible the alternative it is -- how violent, how unstable, how unjust the future will be if we fail to make diverse democracies work.

We should recognize that people will always remain members of cultural religious and ethnic groups and that they can help to make up the beauty of our country. But we can also do what we can as individuals, as members of associations, of educational institutions and as citizens to create more connective tissue between American citizens from different walks of life, to make sure that people interact in school, in sports teams, in neighborhood associations and to ensure that we come to a deeper understanding of each other.
Click to expand...

Old World Underground
👑
🐸 Citizen of the Internet 🐸
🎩
⏰☕🚬🚽🚿🪒🏋🏻🥓💻
He says it promotes a dystopian future in which White Americans and people of color are reduced to members of "mutually hostile tribes."

This is exactly the plan Jews have for America.

And they are carrying it out apace. 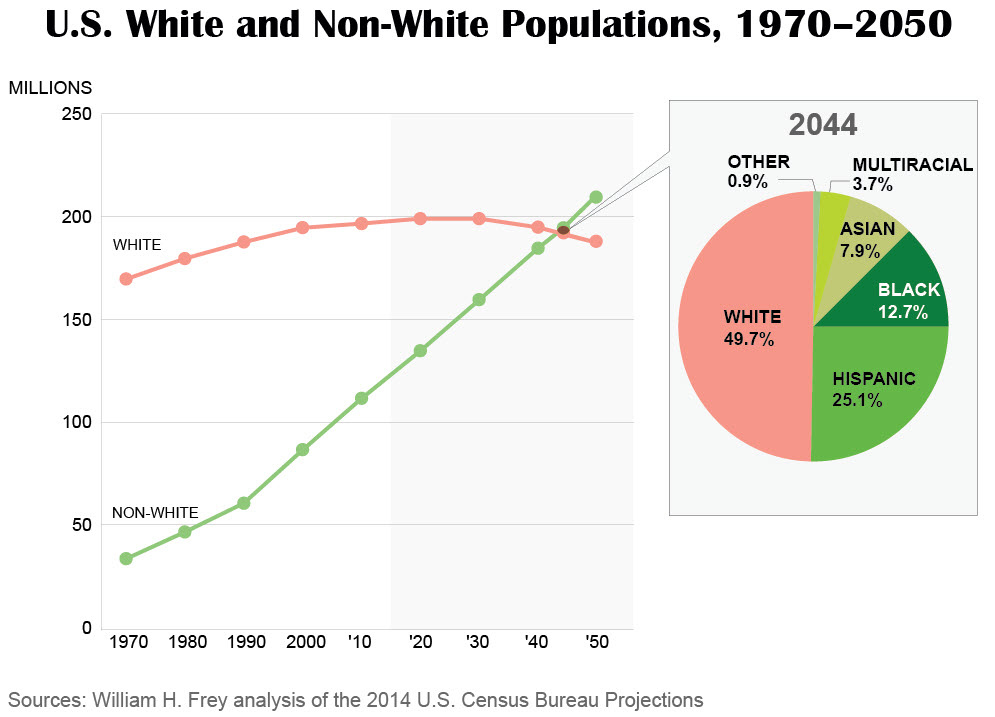