“WE’RE NOT GOING TO LET DONALD TRUMP STEAL THIS ELECTION”: DEMOCRATS ARE STRATEGIZING FOR ALL-OUT 2020 WARFARE

“WE’RE NOT GOING TO LET DONALD TRUMP STEAL THIS ELECTION”: DEMOCRATS ARE STRATEGIZING FOR ALL-OUT 2020 WARFARE

I’ve come across dozens of articles about how Trump plans to steal the election, and how Democrats are unified and organized to stop it. Why none from the Republicans about the reverse? G
@Panzerhund @TimeBandit @Coltraine

Joe Biden’s campaign is lawyering up and working with Stacey Abrams, and allies are in talks with media executives about calling the race. Still, they’re up against the master of asymmetrical warfare. “I have no faith in the Democrats being able to wage the kind of information war that will be necessary,” says one strategist.

Donald Trump, true to form, is stoking chaos, trying to undermine faith in the accuracy of November’s election. He has floated stationing armed guards at the 2020 polls and maintained a steady stream of lies about “rigged” mail-in ballots. Joe Biden’s counteroffensive is shaping up to be equally in character: It relies on his trust in rational process and in projecting calm. It’s a strategy that makes a great deal of sense—and also feels quaint considering Trump’s evil genius for asymmetrical warfare.

Biden has solicited the help of two former solicitors general, one former attorney general, and a small army of attorneys, building up its own law firm to beat back Trump’s attempts at voter suppression both before and after Election Day. Those lawyers are assisting in the legal battles already playing out in courts across the country that will shape the rules about whose votes get counted—in the words of Democratic strategist Brian Fallon, the “mini Bush v. Gores.” The lawyers and the vast voter-protection program being rolled out by the Biden campaign and the Democratic National Committee are designed to do two things: ensure that all legitimate votes are counted, and bolster Democratic turnout by raising confidence that their votes will be counted. Biden’s second tactic is more subtle, and riskier: By not engaging directly and loudly with Trump’s claims of rampant fraud, Team Biden believes it will reduce the potency of the president’s frenetic disinformation.

Maybe. The last truly messy presidential election, in 2000, ended with a Supreme Court ruling issued on a mid-December night. The outcome this time is more likely to be decided through an ugly combination of legal battles, struggles to win the media and public narratives, and perhaps, as Trump insinuated, even hand-to-hand combat. “In 2000, while the Bush people brought a gun to a gunfight, and the Gore campaign brought a knife to a gunfight, the Republicans at least respected the institutions,” says Nick Baldick, who 20 years ago was a top campaign operative for Al Gore. “I have seen nothing to believe that President Trump respects any institutions.”

When Rosa Brooks, a Georgetown University law professor and a cofounder of the Transition Integrity Project, brought together dozens of party veterans, pollsters, and media players to simulate outcomes, only one scenario—a Biden landslide—led to a fairly orderly transfer of power. The rest devolved into a constitutional crisis mixed with street violence. “The Democratic elites, God bless them, have had a lot of faith, historically, in institutions and the law,” Brooks says. “But our exercises underscored the tremendous advantage the first mover has in a disputed election, and the tremendous structural advantage of incumbency. That would be true for any incumbent facing a challenger. But in the case of Trump, when you have an incumbent who has made it crystal clear that he cares not at all about any of the traditional norms of American politics, that’s a formidable advantage, because the president can federalize the National Guard. The president can have Bill Barr initiate a politically motivated investigation. And I think we can expect all kinds of efforts, legal and extralegal, to stop the counting and to challenge mail-in ballots.”

The Biden campaign and the DNC certainly see all the potential for Trumpian mischief—and Ron Klain, one of Biden’s longtime senior advisers, was a senior adviser to Gore in 2000. So the campaign has constructed “the largest election-protection program in presidential campaign history,” a Biden strategist says. Biden allies have met with major media executives, urging them to be cautious in calling states on election night when millions of mail-in ballots will have yet to be processed. Another hopeful sign is that the Biden campaign is leaning on the expertise of Stacey Abrams and Lauren Groh-Wargo, who managed Abrams’s 2018 run for Georgia governor and now runs Fair Fight, the group Abrams founded to push for, well, fairness in elections. “We work with the Biden team on a very specific portfolio of election-administration issues,” Groh-Wargo says. “The Trump campaign and a whole proliferation of outside groups are elevating this false narrative of voter fraud, and they’ve had dry runs of ‘election observers,’ in Michigan, possibly in preparation to intimidate poll workers in the fall. So on a very basic level, it’s really important that voters understand this is an intentional strategy, because Trump is a coward.” Another veteran of Abrams 2018 will be an even more central player this fall: Jen O’Malley Dillon, who is Biden’s campaign manager. “I’ve known Jen professionally for more than a decade,” Groh-Wargo says. “The woman knows how to fight.”

In the end, though, the crucial judgments about how, and how hard, to fight in the weeks after Election Day will be made by the candidate. In 2000, Gore famously chose to accept the Supreme Court’s decision and ordered his team not to trash the justices. Biden’s decency has been one of his greatest assets, but the 2020 election could come down to how much of it he’s willing to sacrifice. Trump will certainly fight dirty, including on election night itself. If he’s ahead in the machine count of votes, he will likely loudly and relentlessly declare victory, trying to seize momentum. Hawkfish, a political data firm bankrolled by Michael Bloomberg, has come up with a name for this tactic: the red mirage. “If you’re behind, even by a vote, at the beginning of any kind of recount or litigation, you’re always the spoiler. You’re always the person trying to undo something that has been done,” says Michael Feldman, Gore’s traveling chief of staff in 2000. “That is why the president is laying a predicate for that argument right now.” Despite the Biden team’s preparations, anxiety remains widespread. “Democrats historically do a terrible job of both managing expectations in advance and then preparing and framing those expectations when we’re living through those moments,” says Neal Kwatra, a Democratic strategist based in New York. “I have no faith in the Democrats being able to wage the kind of information war that will be necessary in a post-election moment.”

Independent groups aren’t waiting to see if the Biden campaign and the DNC are equipped for the multidimensional skirmishes. In early September a collection of progressive activists, under an initiative called the Fight Back Table, met to sketch out options in the event that Trump tries to muscle his way to victory. One element of their response would be mass action, including marches and civil disobedience. “If Trump were to declare ‘victory’ before mail-in ballots were counted, we would mobilize, take to the streets, put pressure on election officials in person and on the phone to make sure that every single vote is counted and that the valid election results are certified,” says Sean Eldridge, a former New York congressional candidate who runs a coalition called Protect the Results. “We’re not going to let Donald Trump steal this election.”

“We’re Not Going to Let Donald Trump Steal This Election”: Democrats Are Strategizing for All-Out 2020 Warfare

Joe Biden’s campaign is lawyering up and working with Stacey Abrams, and allies are in talks with media executives about calling the race. Still, they’re up against the master of asymmetrical warfare. “I have no faith in the Democrats being able to wage the kind of information war that will be...

Cave Beast
🐸 Citizen of the Internet 🐸
⏰☕🚬🚽🚿
What’s to stop the media from just reporting that Biden won? Even if whistleblowers came forward to dispute it, how could anyone even hear their claim when there’s a stranglehold on what gets reported?

True. This is really bringing me down.

immortal lothario said:
This "Trump is going to steal the election" narrative is out of the Color Revolution playbook. If any of you can spare 30 minutes, read this: Thanks for the link. But what’s going to be done to prevent this whole deception of the Democrats from working?

Exactly right. I've been saying for the last few years that the mainstream media are powerful enough to create their own "reality" in the eyes of the public.

They have been mobilizing various types of armed, violent anti-Trump combatants in our cities' streets. They have definitely meddled in our elections, and they openly declare plans to keep doing it as long into the future as it takes to remove Trump and people who agree with him.

Trump needs to have taken the media into an iron grasp the first day he was in office, at least apply laws and regulation to them. The MSM are no less powerful than Google, Amazon, or any transnational corporation out there.

I think the lugenpresse has realized that they can say or do anything, and as long as they all stick together and follow the same narrative, there's no distinguishable difference between their lies and reality. I mean, you have to be retarded to see it that way, but apparently there's no shortage of retarded people in the world these days. 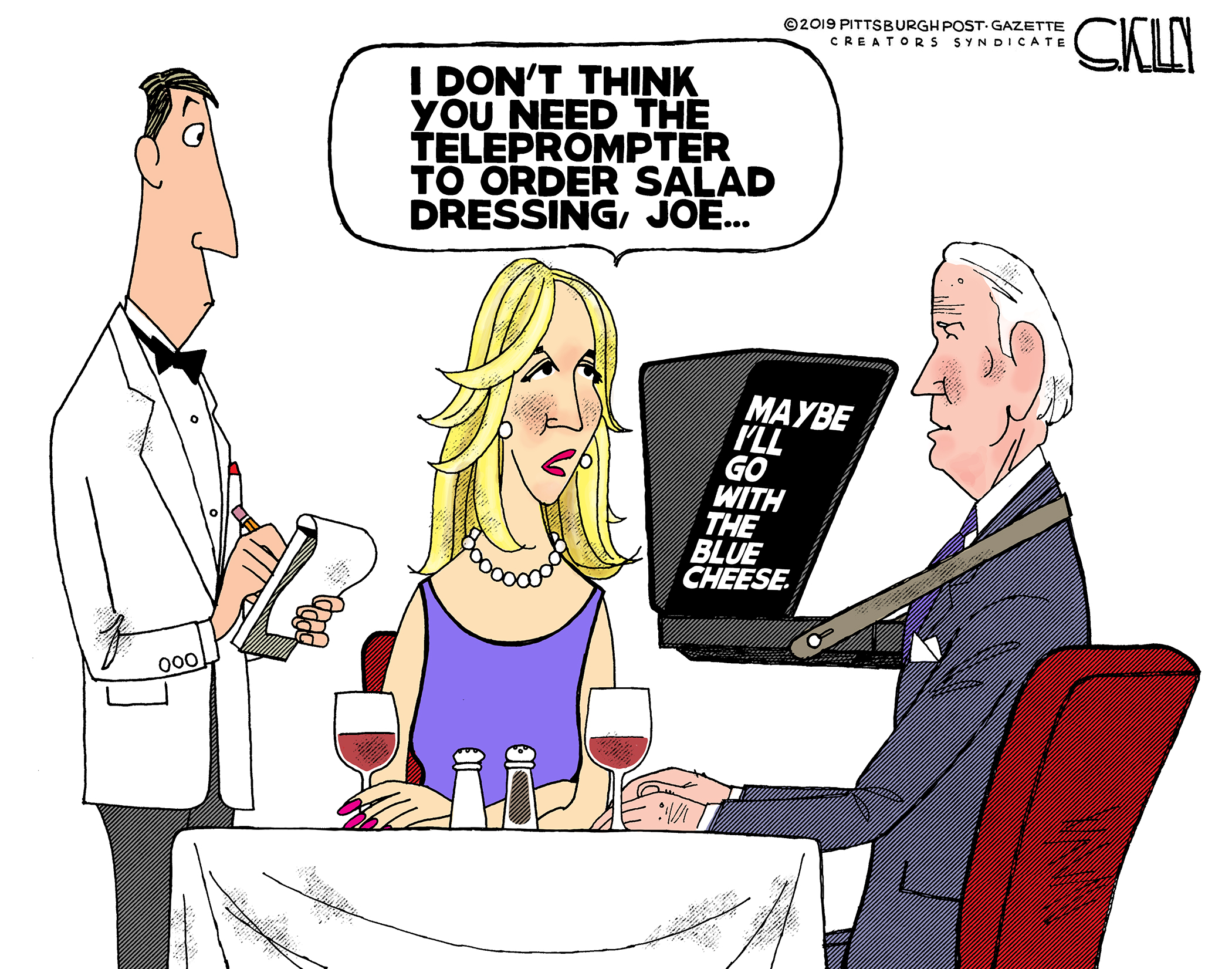