A billboard ad by a population control group uses an image of a black child to advocate for one child per family and is accompanied by the following words: “The most loving gift you can give your first child is to not have another.”

The ad by OnePlanetOneChild.org recently appeared in Vancouver, British Columbia. The wording of the ad appears to twist in the opposite direction a saying commonly attributed to Saint John Paul II: “The greatest gift you can give your child is another sibling.”

A leading black pro-life activist blasted the billboard as “the only acceptable form of racism today.”

“This [is] an ad by OnePlanetOneChild campaign in Vancouver...take a good look at it, notice the black baby they’ve chosen to use for their population control messaging. This is perhaps the only acceptable form of racism today,” wrote pro-life activist Obianuju Ekeocha on her Twitter page Friday.


https://twitter.com/i/web/status/1309572018992484352
Ekeocha is the founder and president of Culture of Life Africa and also created the documentary Strings Attached. She is also the author of the book Target Africa: Ideological Neo-colonialism of the Twenty-First Century. In February, she blasted Canadian Prime Minister Justin Trudeau saying that he is “not a friend to Africa” for his pro-abortion views after he toured the continent in a failed bid for a United Nations Security Council seat.

“We want to get Canada talking about overpopulation. A surprising number of journalists, elected officials, and the public are unaware the world is overpopulated or uncomfortable talking about it. Many don't realize the solution to overpopulation – and much of the environmental destruction it causes – is simply to embrace the accelerating trend toward freely chosen smaller families,” Gardner said in the press release.

The group’s main claim that the world is overpopulated is challenged by people such as Tesla CEO and billionaire Elon Musk, who said in 2019 that the “biggest problem” facing the world is not population explosion, but “population collapse.”

“Most people think we have too many people on the planet, but actually this is an outdated view,” said Musk in a live-streamed debate with Alibaba Group Holding Ltd. chairman Jack Ma at the August 29 World Artificial Intelligence Conference in Shanghai.

Josie Luetke, Youth Coordinator for Campaign Life Coalition (CLC) told LifeSiteNews that overpopulation is a “myth,” and that the OnePlanetOneChild ads are “racist” and “disgustingly paternalistic.”

“Overpopulation is a myth perpetrated by those who are greedy, selfish, and ultimately destructive, and children actually benefit from having siblings! People are the planet's greatest resource - not burden…I’m still waiting for the outrage from Black Lives Matter.”

The OnePlanetOneChild’s website says their billboard campaign is about “alerting” people to an “overpopulation crisis” and that small “families” help the earth.

“The One Planet, One Child Billboard Campaign alerts people to the overpopulation crisis and celebrates the choice to have a small family. Small families are helping to create a healthy planet, better lives and a promising future,” reads the group's website.

As of press time Tuesday, both the OnePlanetOneChild.org website as well as the World Population Balance site were offline showing server errors. A cached version of the website can still be viewed here.

According to the group's website, they plan on placing other ads which read "We Chose One!" and another which reads "We Chose Childfree!"

“What's growth doing for you?” and “Overpopulation: We're all solving it,” reads two more ads.

Another ad takes the tagline used by pro-life groups, “life begins at conception” and perverts it into “Traffic congestion starts at conception.”

Yet another ad reads, “Thank you for shrinking your carbon footprint.”

Author Steven Mosher, who serves as president of the pro-life Population Research Institute (PRI) said in a 2019 opinion piece that a growing human population drives progress and does not destroy the earth.

“For the radical environmentalists, however, this kind of pro-natal, pro–population growth talk is rank heresy. They see the planet and people locked in a zero-sum game. And the planet is losing,” wrote Mosher.

“But ignore the hysteria for a moment and ask yourself: do more people equate to more progress? The answer is obviously ‘yes.’…..Indeed, the whole economic history of the human race may be summed up in the observation that population growth does not only go hand-in-hand with progress, but actually drives progress.”

The PRI’s mission according to their website is to “expose the myth of overpopulation, expose human rights abuses committed in population control programs, and make the case that people are the world's greatest resource.”

The PRI’s website lists the idea of overpopulation as having come from the Anglican minister Thomas Malthus.

In 1798 he published the first edition of his work, `An Essay on the Principle of Population, where he “speculated that humans reproduce exponentially while their ability to increase agricultural could not sustain growing populations,” says PRI’s website.

Malthus’s ideas “quickly became the foundation for a movement that began to preach population control and contraception as the keys to socioeconomic development and the betterment of Western society.”

The PRI’s says that the “myth” of overpopulation has led to disastrous anti-life policies such as China’s One-Child Policy, sex-selective abortion in India, forced sterilization programs in Latin America, and United Nations “education programs” that promote abortion and contraception, especially in Africa.
Click to expand...

Cave Beast
🐸 Citizen of the Internet 🐸
⏰☕🚬🚽🚿🪒
I know it's a tired, tired cliche by now, but it's still at least a little fun to watch whenever the Left eats itself.

SouthAfricaEmpire said:
Africa is massavly overpopulated thank to the (((UN)))
Click to expand...

🐸 Citizen of the Internet 🐸
⏰☕🚬🚽🚿🪒🏋🏻🥓
Escaped True Master
It would’ve been racist to use white people for any other ad, but it should be mandatory to use them for anything negative. Of course. The “don’t reproduce” mantra is only directed at whites.

When the reality is, the shitskins ARE the problem. 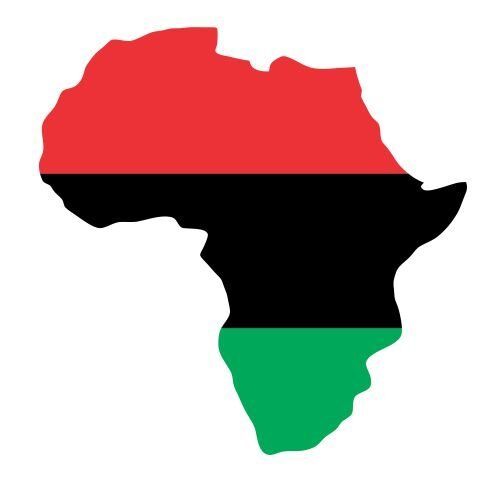 Spartacus said:
A billboard ad by a population control group uses an image of a black child to advocate for one child per family and is accompanied by the following words: “The most loving gift you can give your first child is to not have another.”
Click to expand...

Blackbeard said:
When the reality is, the shitskins ARE the problem.
Click to expand...

Im the horse said:
It would’ve been racist to use white people for any other ad, but it should be mandatory to use them for anything negative. Of course. The “don’t reproduce” mantra is only directed at whites.
Click to expand...

SouthAfricaEmpire said:
Africa is massavly overpopulated thanks to the (((UN)))
Click to expand... 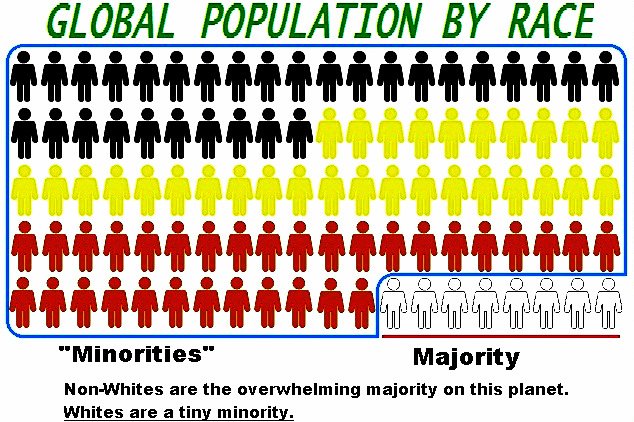 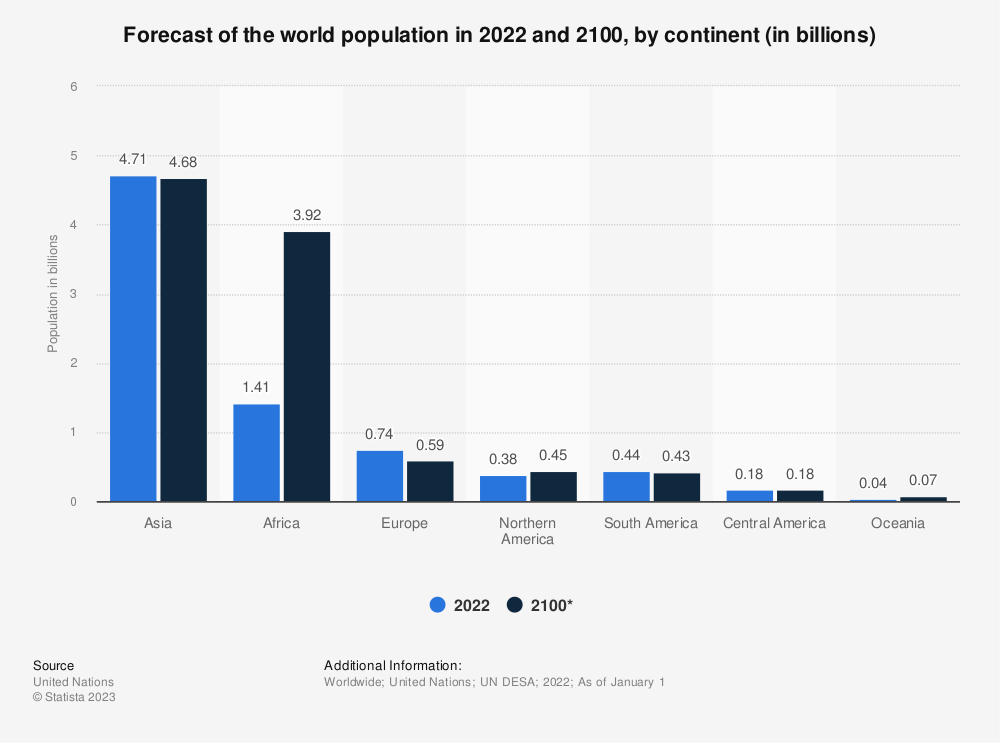 Ludovici said:
but it's still at least a little fun to watch whenever the Left eats itself.
Click to expand...

Some of the environmentalists (Greenpeace, Extinction Rebellion etc.) are aware of overpopulation, they should know it's the non-white countries causing the overpopulation!

Old World Underground
🐸 Citizen of the Internet 🐸
⏰☕🚬🚽🚿🪒🏋🏻
whites are in a minority of world population and africa is THE population problem. if they think this is racist they should consider facts. If it would have had white children, then maybe racist.

Old World Underground
🐸 Citizen of the Internet 🐸
⏰☕🚬🚽🚿🪒🏋🏻🥓
Shocked. These "messages" from zero population groups have always and inevitably been directed at Whites, a world minority population.

Blacks are a low IQ, violent criminal race that should not be expanding. Margaret Sanger was correct to target the black population for her birth control efforts.

SouthAfricaEmpire said:
Africa is massavly overpopulated thanks to the (((UN)))
Click to expand...

Yes, and when these African hell holes are overpopulated because idiots in the West give them food, clean water and medicine, which then expands their population....(a population that cannot feed itself)...

...They demand entry into White Western countries such as Europe, the US, Australia, etc. - which the (((UN))) and other Jew-run organizations push and facilitate. They hold the damn doors open for these beasts and tar monster to enter the West. They bring violence, mayhem, life-time welfare use.

We need to stop feeding them and providing them with first-world medicine and let nature take its course. The population would be decimated and returned to normal levels of existence.

Just let them go and let them have their dark continent.
​
To say something on the population issue, it is surprising to me that someone would use a black child for an ad. As others have pointed out it's always been us under scrutiny and attack by these ad campaigns and studies while the people promoting this encourage non-Whites to grow their populations. Here's a video example by Vertigopolitix where he points it out in a discussion on climate change:


When these population studies come into play and they champion for depopulation they will not be arguing for equal and level population for all people, they'll argue that our population needs to be put in check and only ours.