‘Extremists’ – or is that conservatives? – are cognitively deficient: Guardian pumps up pseudoscientific assault on wrongthinkers

Using ‘conservative’ to overlap with ‘extremist,’ Cambridge University scientists claim they’ve found this elusive category of people to be cognitively deficient. The Guardian took these tentative conclusions and ran with them.

Donald Trump may be gone, but his supporters are still hanging around, gumming up the works and interfering with returning both halves of the American uni-party system to their proper anti-populist, war-loving baseline. This means playing whack-a-mole with the “wrongthinkers” on the Right, whether it’s knocking them off social media, smearing them as racists, ‘extremists,’ and xenophobes (oh my!), or just lobbing playground-level insults their way.

The Guardian seems to have embraced its role performing the latter, delivering a writeup of a Cambridge University study that takes the researchers’ already shaky conclusions and reduces them to the equivalent of ‘conservatives are big dum-dum poopy-heads.’

While admitting there had been “remarkably little contemporary research on the cognitive basis of dogmatism, with a few exceptions,” the team of university researchers came to the conclusion that “people who espouse extremist attitudes” have difficulty handling complex mental tasks. What exactly does that mean? Don’t ask the Guardian…

After administering basic (non-political) cognitive tests to some 334 Americans, the researchers had their subjects fill out several personality-test questionnaires meant to assess their levels of impulsivity, agreeableness, risk perception and so on. While they were thrilled with their results – “cognitive and personality assessments consistently outperformed demographic predictors [attributes like age, gender, income level, and ethnicity] in accounting for individual differences in ideological preferences by 4 to 15-fold” – some might argue that conclusions such as “dogmatism was associated with slower evidence accumulation” are less than earth-shattering.

Still, lead author Dr Leor Zmigrod acknowledged correlation did not equal causation, explaining that people who “struggle to process and plan complex action sequences may be more drawn to extreme ideologies” rather than “extremism” being the result of poor cognitive performance. The study also suggested extremism-prone types had trouble regulating their emotions and struggled to process evidence at a perceptual level.

But while even the researchers admitted the personality surveys predicted subjects’ politics markedly better than their results on the cognitive tasks did, the Guardian didn’t bother with such nuance, excitedly noting that “people who leant towards the politically conservative tended to go for a slow and steady strategy [on some cognitive tasks], while political liberals took a slightly more fast and furious, less precise approach.” Conservatives behaving… conservatively?!

While the researchers declared “individuals who are politically conservative… simply treat every stimuli that they encounter with caution,” they also admitted that it took more than a conservative outlook to constitute a personality prone to extremism, repeatedly highlighting the importance of dogmatic thinking and an unwillingness to accept new evidence. Mere conservatism was best explained by reduced strategic information processing, heightened response caution in perceptual decision-making paradigms, and an aversion to social risk-taking, according to the researchers, who nevertheless cited a “large body of literature” indicating right-wing ideologies were “frequently associated with reduced analytical thinking and cognitive flexibility” and came laden with “values of conformity, in-group loyalty and traditionalism.”

The Guardian took no such precautions, suggesting that conservatism equals dogmatism equals extremism while translating the study’s conclusions as “the ‘psychological signature’ for extremism across the board was a blend of conservative and dogmatic psychologies.”

Nowhere was the irony examined of conservatives being “characterized by a diminished tendency to take social risks'' amid an academic, scientific and social climate in which taking even the slightest social risk can leave one branded for life as an “extremist” of some sort with one’s career in shreds - regardless of where one sits on the political spectrum. One might think it would play a central role, given the rhetorical tightrope-walk that is now integral to being a successful career academic. But instead, the Guardian’s interpretation of the study – partially bankrolled by the US National Institutes of Health’s Science of Behavior Change Common Fund Program – seemed to suggest that this discovery would allow people perceived as being on the road to “extremism” (or “conservatism,” whatever the case may be) to be “spotted” before their case becomes terminal and re-routed to a behavioral management program.

After all, the New York Times taught us last week that thinking critically about what one reads can only end in tears, and Forbes warned us months ago that only capital-j Journalists can adequately translate the holy gospels of science to be understood by mere mortal ears. Best not think too hard about it – or anything else.
Click to expand... 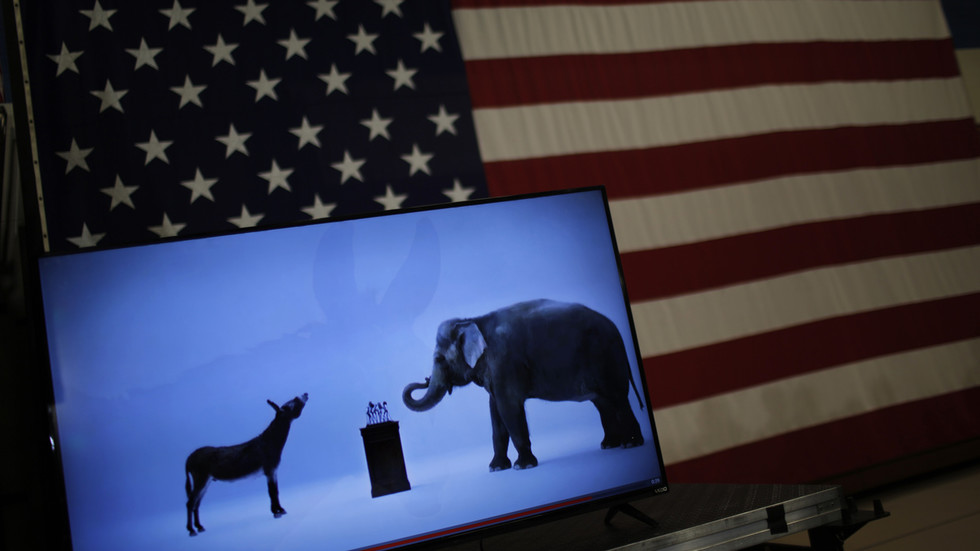 ‘Extremists’ – or is that conservatives? – are cognitively deficient: Guardian pumps up pseudoscientific assault on wrongthinkers

Using ‘conservative’ to overlap with ‘extremist,’ Cambridge University scientists claim they’ve found this elusive category of people to be cognitively deficient. The Guardian took these tentative conclusions and ran with them.

Old World Underground
🐸 Citizen of the Internet 🐸
⏰☕🚬🚽🚿🪒🏋🏻
Is there a heritable component to IQ?

🐸 Citizen of the Internet 🐸
⏰☕🚬🚽🚿🪒🏋🏻
Aww, it’s so true! I wish I could be smart like the people that believe the tv and media and government!

This is so pathetic I can’t even 😆